This book examines the role of clans in Central Asia from the 19th century up to 2004. Most studies of regime transition focus on formal institutions. However, Collins claims that modern clans, defined as networks of individuals linked through kinship and fictive kin identities (p. 17), function as informal political actors which has initiated or undermined political change in Central Asia. Moreover, clan membership frequently determines career prospects, especially in the public sector, influences social status, and functions as a defense mechanism against outside competitors.

This book examines the role of clans in Central Asia from the 19th century up to 2004. Most studies of regime transition focus on formal institutions. However, Collins claims that modern clans, defined as networks of individuals linked through kinship and fictive kin identities (p. 17), function as informal political actors which has initiated or undermined political change in Central Asia. Moreover, clan membership frequently determines career prospects, especially in the public sector, influences social status, and functions as a defense mechanism against outside competitors.

To begin with, the author does a very good job of providing a theoretical framework to understand clan politics (p. 24-53). From her point of view, understanding clans requires the comprehension of both rational and cultural elements. In addition, she adequately explains why and how clans survived during the Soviet period, despite efforts to eradicate them and impose new national identities among Central Asia’s indigenous population (pp. 62-134).

From chapter 5 to chapter 8, Collins examines the impact of clans on regime consolidation and durability, particularly in Kyrgyzstan, Tajikistan and Uzbekistan. Clan competition in Tajikistan led to a fierce civil war in the early 1990s. The Rahmonov regime was supported by the Kulyab clan and to a certain extent the Sughd clan. The opposition parties received support from clans (e.g., the Garm and the Gorno Badakhshan) that were generally underrepresented in government and politics during the Soviet era. During the same period, a clan-brokered pact with Akayev initiated a process of democratization, albeit problematic, in neighboring Kyrgyzstan. While former President Akayev publicly denounced clan politics, he found himself increasingly relying on clan support to maintain his grip on power. Akayev was often accused of supporting northern clans, especially his wife’s clan from the western Tallas region; as a result, funds and key positions in central and local government were allocated among his clan supporters. In Uzbekistan, clan cooperation created a new autocracy in the early 1990s. The lion’s share of important state appointments has gone to the Samarkand and Tashkent clans in Uzbekistan since the late 1980s. Thankful appointees in their turn initiated a cult of personality for Islam Karimov. The three countries follow different regime trajectories in the initial post-Soviet period, but toward the mid-1990s they converged to authoritarianism.

In chapter 9, Collins briefly outlines the role of clans in Kazakhstan, Turkmenistan, the Caucasus, the Middle East and Somalia. She rightly concludes that the late development of the states, capitalism and national identities (pp. 335-336) can explain the persistence of clans in these countries and regions. Her, rather ambitious, aim is to formulate a general theory of clan politics since there are still clan-based societies in other regions of the world.

Collins’s book is a significant contribution to a growing literature on the role of clans in Central Asia.[1] She is to be commended for conducting three years of fieldwork in Kyrgyzstan, Tajikistan and Uzbekistan; one should not underestimate the difficulties a Western researcher may have to overcome in order to conduct research in Central Asia. Although her study is important, Collins clearly exaggerates the influence of clans in the post-Soviet societies of Central Asia. There is no solid evidence that clans always act as a monolithic rational actor; it appears that most clans are loosely linked and often suffer from internal disputes. Besides, Collins underestimates the role of Islam in bridging clan cleavages. Although politically divided, the Muslim world still forms a large and interconnected religious-cultural system. It was natural, as Central Asian states became integrated into the international community, for Muslims to adopt a new trans-clan identity, centered on the ummah.

More importantly, Collins does not provide a detailed description of what a clan looks like and how it is organized internally. In particular, the author needs to provide more evidence about her claim that each clan comprises 2,000 to 20,000 members (p. 18). Although it is not easy to gain information about such sensitive issues, Collins could have provided a mapping of Central Asian clans. A typology of clans could have been useful too, given the plurality of clans in the three countries under study. Some of her conclusions are incorrect; for example, Collins states that “in Kyrgyzstan Uzbekistan, there is little evidence to date of a proliferation of weapons” (p. 342). Yet following the disintegration of the Soviet Union in the early 1990s, Central Asia is awash with arms. The retreat of the Soviet army from Afghanistan in 1989 through Uzbekistan and the arming of the different factions in the Tajik civil war from 1992 to 1997 mean that rifles and pistols are easily obtainable on the black market.[2] This notwithstanding, this book provides a comprehensive analysis of clan politics in Kyrgyzstan, Tajikistan and Uzbekistan and is a good starting point for further research. 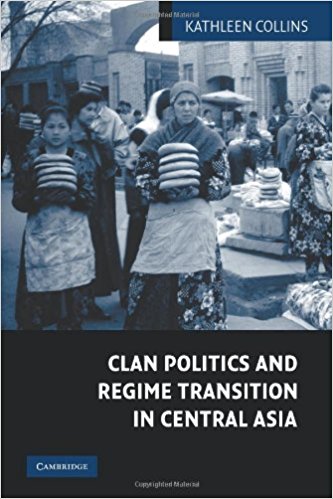 Torpedoing the Law: How the Palmer Report Justified Israel’s Naval Blockade of Gaza