After the collapse of the Soviet Union, it took a while for Russia to recover from an existential crisis. As one of the poles of the global system during the Cold War, the Soviet regime lost its raison d’etre after the collapse of the USSR, while the other pole, the U.S., declared its victory or as is considered by some scholars ‘the end of history.’ At the end of the 1990s, the Russian Federation, the main inheritor of the Soviets, recovered from the confusion, the identity crisis and the political instability. 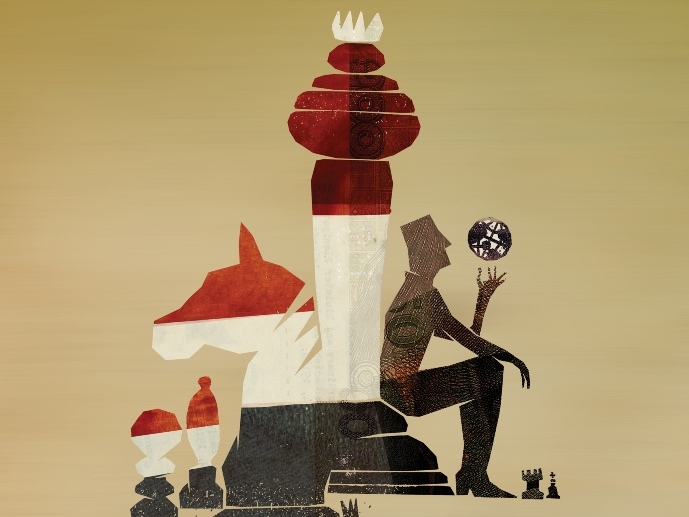 After the collapse of the Soviet Union, it took a while for Russia to recover from an existential crisis. As one of the poles of the global system during the Cold War, the Soviet regime lost its raison d’etre after the collapse of the USSR, while the other pole, the U.S., declared its victory or as is considered by some scholars ‘the end of history.’ At the end of the 1990s, the Russian Federation, the main inheritor of the Soviets, recovered from the confusion, the identity crisis and the political instability. Under the strong leadership of Vladimir Putin, Russia has become an increasingly significant actor in the global politics; it returned to its traditional great power politics and began to follow a more assertive foreign policy. It is commonly accepted now that the Russian leaders are determined to restore Russian global position and to consolidate its role as one of the main power-centers of the emerging multi-power system.

Although some analysts argue that Russia is currently a power in decline due to its deteriorating economic conditions in the last few years, it should be noted that Moscow still continues to play a significant role for the resolution of important issues such as the Syrian crisis and fight against international terrorism. It also maintains its geopolitical hegemony in the former Soviet space, constitutes a major challenge to NATO in the military/strategic realm and develops a special political and economic relationship with China. All these factors make Russia an indispensable actor for the study and analysis of international politics in the 21st century.

Apart from its massive size and crucial geographical location at the heart of the Eurasian landmass, Russia also possesses rich energy resources, advanced nuclear capabilities and a permanent seat at the United Nations Security Council which altogether enable it to project significant hard and soft power in various regions and forums extending from the Eastern Europe and Black Sea to Central Asia, Caucasus and the Middle East. Russia plays a predominant role in global-scale economic and political platforms such as the United Nations (UN), G-20, BRICS and Shanghai Cooperation Organization (SCO). Moreover, Russia successfully challenged NATO’s intended eastward expansionism and penetration.

Russia consolidated its global position especially in the last few years as indicated by its remarkable military campaign in Syria as well as its strong influence in the unfolding of the crisis in Ukraine. The balance of power in the Syrian crisis was outstandingly changed after Russia’s military intervention in 2015 as the Russian military began to control certain parts of the Syrian territory and emerged as the main game-changer in the crisis. Together with Turkey and Iran, Russia has initiated the Astana Process in order to solve the Syrian crisis; a process where the bypassing of the U.S. cannot be concealed.

Having lost the Central and Eastern European countries to the control of NATO, Russia strongly opposed the possible membership of Georgia and Ukraine. Russia intervened militarily into Georgia in 2008, overthrew the Western-oriented government and brought a Russian-oriented government to power. A similar policy was pursed towards Ukraine in 2013. As a reaction against the popular protests supported by Western countries against Russian-oriented Viktor Yanukovych, Russia annexed the Crimean Peninsula and supported secessionist paramilitary groups in Eastern Ukraine against the Western-oriented Ukrainian government.

While Russia has been following a defensive policy regarding its Western frontiers, it has been pursuing an active policy towards its Eastern frontlines. On the one hand, it has been cooperating with China against NATO’s increasing out-of-area role. Together with China it is trying to break a renewed containment policy in Russia’s near abroad. On the other hand, they try to construct a new system in the Far East, having impact for other regions of the world. The establishment of SCO, even if it is not officially declared, has been considered as a global challenge against American hegemony.

This special issue of Insight Turkey aims to discuss the continuities and changes in Russia’s foreign policy priorities and strategies since the end of the Cold War. The manuscripts, besides elaborating on Russia’s dynamic relations with global –namely the U.S. and the European Union– and regional actors –Turkeyand Iran–, focus also on some crucial topics such as Russia’s oil policies and the security narratives on Islam in Russia

As one of the globally oft-discussed topics after the election of Trump as the 45th President of the United States, the American-Russian relations requires particular attention. In light of this, Richard Sakwa’s commentary details how Trump policies changed due to the structural factors, and foresees a period of strained relations which may result in a new Cold War. The European Union is another global actor whose policies and interests have often clashed with those of Russia. By accepting the fact that in the recent years the relations between Russia and Europe have deteriorated, Igor Torbakov in his article contends that the reason behind the sour relations is the Ukrainian crisis and most probably the confrontation between Russia and the EU is likely to continue in the future.

Not only did the Syrian crisis have a direct impact in the Middle East region, but it also served as a playground for the global powers to show their strength. This gave Russia an opportunity which could not be lost. Russia’s military intervention in Syria proved to be crucial in Russia’s bilateral relations with regional actors such as Turkey and Iran. Emre Erşen, after presenting a brief historical background of Turkey and Russia, focuses mainly on the fighter jet crisis between the two states. With a special focus on the Syrian crisis, Erşen puts forward the reasons that led to the escalation of the crisis between Turkey and Russia, as well as the motives of the two states behind the decision to leave behind the crisis and move forward in their bilateral relations. Iran as well plays a significant role in the Middle East but unlike Turkey Iran’s main interests in the Syrian crisis are to some extent similar with Russia as both states are interested in saving the remaining government institutions in Syria. Nikolay Kozhanov brings a detailed analysis of the Iranian-Russian relations through the prism of the Syrian crisis and argues that a serious challenge for the continuation of interaction between Moscow and Tehran will be posed by questions related to the future of post-conflict Syria.

Yury Barmin brings to our attention a very important topic, Russian energy policies. The energy sector has become a foreign policy tool for Russia in recent years and has been used to manipulate foreign governments into accepting Russia’s rules of the game. Barmin argues that the energy sector plays a crucial role in political terms for Russia, besides the economic benefits. For this reason, against the backdrop of any instability in the energy sector, Russia pursues a policy of engaging its natural rivals in the industry from the Middle East to try and make a concerted effort to divide the markets fairly and on mutually beneficial principles.

The last article related to Russian policies is that of Muhammet Koçak, who through a historical perspective aims to disclose the roots of the security narratives on Islam. According to Koçak, the historiography of the Golden Horde rule over the Slavic principalities in 14th century, the mandated Islamic religious institutions and the Western influence constitute the primary sources of such narratives.

Three off-topic commentaries and one off-topic article finish off the dossier for this issue. Beril Dedeoğlu and Tolga Bilener, through a neo-functionalist model, discuss the evolution of the relations between India and ASEAN, and aim to anticipate whether or not India’s rapprochement with the organization may turn into an impetus for ASEAN to enhance its integration effort.

The other three remaining commentaries bring to the readers compelling perspectives regarding some of the latest development in the international arena, namely the current crises in Iraq, Burma and Venezuela.

The situation in Iraq changes constantly and Turkey needs to be astute regarding its future steps toward the latest development in Iraq. According to Othman Ali, a forward policy and active engagement on the part of Turkey with all Iraqi Kurdish and Turkmen groups will be very beneficial in defusing the tense situation in Kirkuk and reaching a settlement.

Considered as “a textbook example of ethnic cleansing,” the Rohingya genocide once again discloses the hypocrisy and ineffectiveness of international actors. Tun Khin’s commentary is a cry for help towards the whole international community –that has chosen to close one eye in front of this crisis– to stand up and protect the Rohingya people before it is too late.

The last piece in this issue is the commentary of Oliver Stunkel, which focuses on the latest Venezuelan crisis. Taking in to consideration the latest uprising in Venezuela, Stunkel asserts that this crisis could have been prevented by a more assertive and imaginative regional diplomatic strategy; however, the power vacuum in South America, Brazil’s role as an enabler and the growing influence by extra-regional powers such as China and Russia have had a negative impact in this crisis.

“Reclaiming the Region: Russia, the West and the Middle East,” is the last issue for 2017, which has been a very successful year for Insight Turkey. Throughout this year, not only have we presented a comprehensive analysis of Turkish domestic policies and foreign affairs, but we have also brought to the attention of our readers some of the most hot topics regarding the global great powers –first with the U.S. under the Trump administration and now in this issue, hopefully, we have provided a wide-ranging interpretation of the Russian foreign policies. With the hope for a better year in 2018, we thank all contributors and readers of Insight Turkey.

How South America Let Venezuela Down

Kirkuk, Iraq's Next War: What Options Does Turkey Have?