With Between Two Coups, Salık fills a gap in the literature of Turkish-Syrian relations and offers a detailed account not only for diplomatic historians interested in Turkish foreign policy and Middle East politics but also for political scientists and International Relation scholars interested in foreign policy analysis, and the impact of coups and domestic politics on foreign relations.

The Syrian crisis has dominated Turkish foreign and security policies in the last decade. Nuri Salık, in his latest book İki Darbe Arasında: Türkiye Suriye Politikası (1960-1980) (Between Two Coups: Turkey’s Syria Policy (1960-1980)) seeks to uncover the historical roots of contemporary relations between the two states. By exploring the motivations, concerns, and goals of Turkey’s foreign policy toward the Syrian Arab Republic between 1960 and 1980, the book offers a rich and detailed contextualized account. Salık presents an alternative to the problem-centric narratives that orient the bilateral relations around problems such as the Hatay question and the water dispute; instead, he presents a more complex picture.

Between Two Coups goes beyond narrating Turkey’s policy towards Syria, and gives insights on Turkish Middle East politics and foreign policy priorities and actors in the studied period. It also contextualizes the question of Turkey’s Syria policy within Turkey’s international, regional and local political context. Hence, Salık attempts to offer an interpretation and analysis of Turkey’s foreign policy, not merely a historical narrative.

Following an introduction, the author presents a detailed account of Turkey’s policy toward Syria between the two coups of March 27, 1960, and September 12, 1980, in three long but well-divided chapters. Following a sequential, chronological order of events, Salık argues that, overall, Turkey’s Syria policies throughout the timespan were constructive and aimed at achieving normalization with the Syrian state. According to Salık, Turkey’s compromising attitude was driven by a reorienting of its foreign policy around Turkish national interests, and that its aims were achievable due to structural changes in the international system. For Salık, this change in Turkish policy can be seen clearly in relation to Turkey’s conflictual relations with Syria and the Arab World in general during the 1950s, when the Democratic Party’s Western positions pushed the newly independent Syria further away.

In the second chapter, the book offers a synopsis and historical background of the relations between Syria and Turkey between 1918 and 1960, which were dominated mostly by the question of Hatay and the implications of the Baghdad Pact. In the third chapter, Salık highlights the impact of the Cuban Missile Crisis in 1962 –particularly the removing of the Jupiter ballistic missiles from Turkey, the Johnson letter of 1964, and the aftermath of the crisis in Cyprus– in pushing Turkish foreign policy decision-makers to pursue constructive relations with the Union of Soviet Socialist Republics (USSR) and the newly independent Third World countries that gathered around the Non-Aligned Movement. In this respect, the book argues that Turkey followed a more realpolitik approach toward Syria. In this period, Turkey maintained its relations with Syria, regardless of the political instability there and the consecutive coups, which for Turkey were acceptable as long as they did not bring Syria back under Nassir’s domination. Thus, Turkey recognized the newly established anti-Nassir regime in Syria in 1961, and opened its embassy in Damascus. Turkey’s relatively independent foreign policy and rapprochement with the Arab states and Syria, mainly in the second half of the 1960s, was exemplified by following the pro-Arab states’ position in the 1967 war, and the refusal to let the U.S. use military bases in Turkey during the Black September crisis in Jordan in 1970.

The fourth chapter examines Turkey’s policies following the 1971 Turkish military memorandum until 1980. The chapter underscores the impact of détente policy in the bipolar international system in regard to increasing the maneuvering room for Turkish decision-makers. Bilateral relations were a bit tense following the coup of 1971, due to the impact of internal politics on foreign policy, and the framing of Syria as a threat related to anarchist and far-left politics in Turkey. Relations were renormalized by 1973, however, with Turkey supporting the Arab cause in the Ramazan/Yom Kippur War and opening its space to the arms-cargo Soviet airplanes. Meanwhile, Hafez al-Assad adopted a more pragmatic foreign policy and planned Hatay festivals in 1972. Salık, in this chapter, highlights the role of political actors and their ideologies in this rapprochement, mainly Demirel’s multidimensional vision, Erbakan’s pro-Islamist policies, and Ecevit’s regional-centric and economics-driven foreign policy visions. As the chapter shows, Turkey’s proactive policy toward Syria and the Arab World in the 1970s was driven primarily by its economic concerns following the rising of petrol prices and the Turkish economic crisis, and its attempt to guarantee the support of Arab states, including Syria, for the Turkish Cypriots cause. These policies paid off when the Arab states excluded Turkey from the petrol embargo in 1973, and in the participating of a Turkish Cypriots representative in the Organization of Islamic Conference (OIC) (nowadays the Organization of Islamic Cooperation) meetings in the second half of the 1970s. Due to Turkey’s proactive policies, the OIC upgraded the Turkish Cypriots’ seat to the status of observer in 1979 and adopted a federal solution to the Cyprus question. Meanwhile, the improvement in Turkish-Syrian relations in the 1970s positively impacted the countries’ mutual endeavors to solve the border and water dispute and the property problem. At the same time, steps were taken toward enhancing bilateral cooperation in trade, tourism, and agriculture domains.

Between Two Coups reconstructs Turkish-Syrian relations beyond the conflictual agendas of the Hatay question and the water dispute, which became a more securitized problem from the 1980s onwards. It draws upon a wide range of national and foreign archives, as well as contemporary newspapers. However, in this respect, two points could be raised. The first, which Salık highlights, has to do with the inability to benefit from the Turkish Foreign Ministry’s archive (p. 11). If this archive had been opened, it would have provided more depth and insightful primary sources. The second point is that Salık did not consult or refer to any Syrian source. Although Salık does try to bring in Syrian perceptions of the events and cases he examines, he does so by referring to secondary literature or contemporary Turkish newspapers. Consulting Syrian sources would deepen the analysis and reduce the possibility of bias in perspective.

Between Two Coups succeeds in triangulating Turkish foreign policy toward the main issues of Syrian domestic and foreign politics in the 1960s and 1970s. It also opens new avenues of research and raises related questions that need to be unpacked, such as Turkey’s perception of issues like the rise of the Muslim Brotherhood insurgency in Syria in the late 1970s, which the book touches upon very briefly (p. 419). With Between Two Coups, Salık fills a gap in the literature of Turkish-Syrian relations and offers a detailed account not only for diplomatic historians interested in Turkish foreign policy and Middle East politics but also for political scientists and International Relation scholars interested in foreign policy analysis, and the impact of coups and domestic politics on foreign relations. 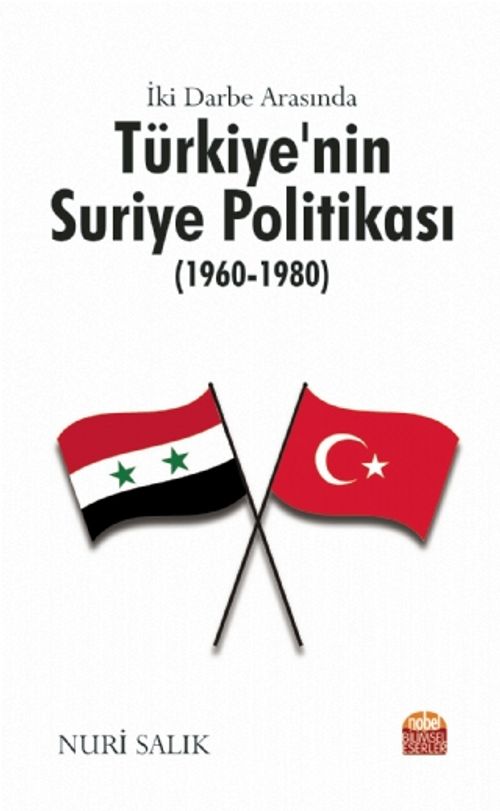 Beyond the Steppe Frontier: A History of the Sino-Russian Border