The Rise of the GCC States and Turkey: Convergent and Divergent Regional Agendas

The Rise of the GCC States and Turkey: Convergent and Divergent Regional Agendas, by Emad Y. Kaddorah, investigates the periods of tensions and cooperation in relations between the Gulf Cooperation Council and Türkiye until the Gulf reconciliation at the Al-Ula Summit in 2021. Kaddorah argues that GCC-Türkiye relations have been in a state of constant flux due to both sides’ competing efforts to gain influence in the regional balance of power. While analyzing the competing agendas behind these efforts, Kaddorah underlines that after all of the tensions throughout the post-Arab spring, both sides have come to understand that competition for regional influence occurs at the expense of common interests. Kaddorah presents a deeply informative book for those who want to know more about the role of balance-of-power politics and the impact of regional crises and wars on GCC-Türkiye relations.

The book is divided into five chapters. Kaddorah begins the first chapter by giving a detailed analysis of the establishment of the GCC in 1981 during the devastating years of the Iran-Iraq war. Referring to the balance of threat theory by Stephen M. Walt, the author underlines the rise and fall of political cooperation and balancing behavior between the GCC states and Türkiye since the U.S.-led invasion of Iraq in 2003. Portraying Türkiye as a promising market to help economic diversification and a regional power to balance Iran constitute the book’s primary theme. When emphasizing the decline of Türkiye’s strategic partner potential given the competing agendas emanating from the Arab spring, Kaddorah mentions the mixed feelings and disagreement among the GCC states regarding their relations with Türkiye. This point constitutes one of the significant strengths of the book, since Kaddorah does not treat the Gulf states as a unified body; instead, he differentiates their regional policies toward Türkiye through the lens of their interests and security perceptions. To illustrate, Kaddorah emphasizes the role of the historical, psychological barrier between Saudi and Turkish decision-makers due to the Saudi-Ottoman clashes of the 19th century and the emergence of Qatar as a major Turkish ally, particularly after the establishment of a Turkish military base in Qatar in 2014.

In the second chapter, Kaddorah traces the beginnings of an understanding of mutual interests to the Justice and Development Party’s (Adalet ve Kalkınma-AK Party) ascendance to power in 2002. As part of the AK Party’s 2023 vision, Kaddorah argues that Türkiye’s domestic reforms, political stability efforts, economic growth and active foreign policy-making under Davutoglu’s “strategic depth” theory made Gulf decision-makers revive Türkiye’s historical status. This, in turn, enabled Türkiye to consolidate its position in the region’s balance-of-power politics. At this juncture, the author raises a great question: Can Türkiye play a regional role alone or does it need other actors’ assistance to form alliances? Kaddorah believes that Türkiye is dependent on the support of other allies like the GCC states despite its strategic location, military power and population. For the author, Türkiye has two primary goals in its bilateral relations with the GCC states: to transform its strategic partnership with Qatar into Turkish-Arab strategic cooperation and to be a third party in the regional balance of power alongside Saudi Arabia and Iran in the absence of Iraq after 2003.

Kaddorah believes that in terms of bilateral relations between the GCC and Türkiye, ideology is a cause of conflict for an alliance formation, and that this ideological divergence does not operate independently from geopolitical rivalry. The third and fourth chapters allow the reader to make sense of the changing role of ideology in the transformation of convergences into divergences after the Arab spring. Throughout the third chapter, Kaddorah presents an in-depth background of their bilateral relations that takes into account intra-GCC political differences concerning their clashes of interests in regional crises, particularly in Syria, Yemen, Libya, and Egypt. Countering Iranian and Shiite influence, helping marginalized Sunni Arabs, and strengthening ties with Iraq’s Kurds are common regional priorities that the GCC and Türkiye share. Although the incompatible interests in Libya constituted obstacles for coordination to confront the Islamic State of Iraq and Syria (ISIS), the capture of Mosul by ISIS in June 2014 alarmed all of the regional states. During this period, Türkiye, which also suffered from ISIS bomb attacks, joined the Saudi-led Islamic Military Counter Terrorism Coalition with 41 Muslim countries, excluding Iraq, Iran, and Syria. Kaddorah mentions Türkiye’s participation in the Saudi-led Operation Decisive Storm to restore the Hadi government in Yemen as another instance of Türkiye’s cooperation with the GCC states, despite their geographical distance from each other and the absence of a direct threat from Yemen to Türkiye.

Throughout the book, the author emphasizes the role of ideological differences in raising both sides’ concerns about competition in the construction of a regional order, and in creating divergencies in various fields. Kaddorah underlines differing policies toward the Muslim Brotherhood as a critical factor in forming alliances after the removal of Mohammed Morsi from the Egyptian presidency through a coup d’état in 2013. Ending the revolutionary ambiance of constitutionalism and political participation demands in Egypt constituted a suitable ground for Saudi and UAE decision-makers to reconcile their political divergencies with Türkiye.

The fourth chapter explores the divergence in GCC-Türkiye relations by focusing on the Muslim Brotherhood issue, Libya, the Gulf crisis, the Khashoggi affair, the extension of competition in African countries and ties with Iran. Kaddorah believes that Türkiye supported the rise of the Muslim Brotherhood alongside Qatar to increase its popularity and effectiveness in the region. However, mainly for Saudi Arabia and the UAE, the rise of democracy wave and political participation demands in Egypt, was a significant factor in growing competition for loyalty among the GCC populations, challenging the religious legitimacy of the monarchies and the struggle for sovereignty within the nation-states of the GCC. While the author analyses the impact of the 2017 Gulf crisis and the Khashoggi affair in 2018 as turning points in worsening Türkiye-GCC relations, the post-Gulf recon-ciliation period is only glossed over. The fifth chapter, which reiterates recommendations for convergence, would have better-served readers by covering the Al-Ula reconciliation and its implications for bilateral relations. 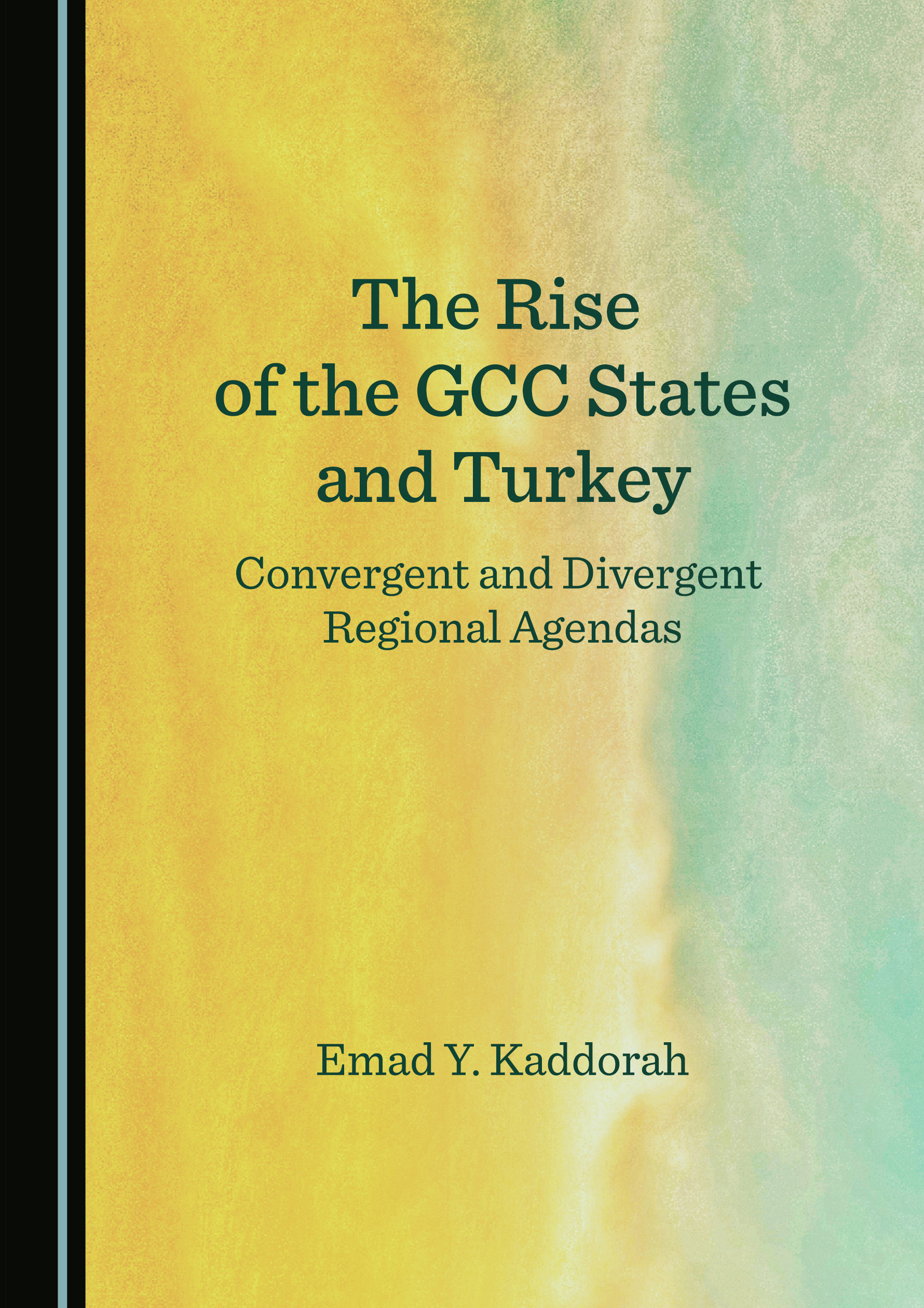 UK Strategy in the Gulf and Middle East after American Retrenchment