Turks in Europe, Culture, Identity, Integration, is a book of collected works comprising 23 articles written by experts from a variety of fields such as sociology, political science, anthropology and cultural studies. It is the largest collection of articles printed so far based on original research and field work about residents of Turkish origin residents in Europe.

Turks in Europe, Culture, Identity, Integration, is a book of collected works comprising 23 articles written by experts from a variety of fields such as sociology, political science, anthropology and cultural studies. It is the largest collection of articles printed so far based on original research and field work about residents of Turkish origin residents in Europe. It is obvious that in view of the title of the book, readers would have different expectations from the book based on their point of interests, particularly those dealing with history or international relations as well as political science. By looking at similar titles published so far, like John Russell’s The Establishment of the Turks in Europe, An Historical Discourse (1828), Noel Buxton’s Europe and the Turks (1907), William David Allen’s A Sketch Study: the Turks in Europe (1919) or Gaston Gaillard’s The Turks and Europe (1921), one’s findings from this book is different based on his/her expectations due to area of expertise and research interests. In contrast to the studies cited above, which are in fact mainly written with orientalist perspectives, focusing on history, collected essays in this book deal with recent issues facing Turkish migrant population in Europe.

Turks in Europe is divided into four parts. The first part of the book is about the Turks as new citizens of Europe in which the authors mainly discuss about the formation of Turkish population in various European countries such as Austria, Belgium, England, France, Germany and Greece. The second part, consisting of six articles, are discourses related to the young generation in Europe which focuses on their effort to integrate into the societies they are currently living as well as with their continued ties in homeland while trying to protect their ethnic origins and national identities. The third part of the book consists of four articles, all written by female authors, and mainly bringing discussions related to the gender issues from the point of women immigrants in Europe while the articles in the last part focus the Euro-Turks and their entrepreneurship as well as new identity formations as important concerns in the recent debates related to Turkey’s membership to European Union.

Generally speaking, authors in the first chapter, challenge previous perspectives on the formation of a Turkish population in European countries and offer new insights about their integration into the host societies by developing somewhat new identities as new citizens of these countries. Contributors to this volume also look at the problems of adaptation to the new environment as well as the creation of new individualities in countries of current residency. One of the main concerns of the young generations, as argued in the book, is their identity problems since almost many of them feel themselves isolated.

The second chapter of the book with the subtitle “Young Turks, Identity Practices and Integration”, is mainly dealing with the young generation living in European countries although one of the articles is related to the Turkish migrants in the United States of America. This brings to mind a little criticism for the title of the book whether it had to be titled as Turks in

West rather than Turks in Europe. Paul Tkachenko’s article deals with musical activities of young generation, particularly males, focuses on the traditional values rather than integration into the European culture as the preferred musical instrument is Turkish ‘saz’. It is interesting to read the contradictions between the younger generation, mainly born in England, who attended the musical classes where they met their peers in a small coffee place and practice music in a classroom where they usually converse in English language whereas the instructor does not at all communicate in English. Tkachenko also suggests that Turkish music schools in London are similar to the folk-houses (Halkevleri) once opened in Anatolia upon the instigation of Atatürk while the majority of the instruction is based on the Alevi traditions.

The third chapter of the book titled as “Turkish Women between Tradition and Modernity” discusses women issues in four articles. The article written by Mona Franséhn and Margareta Bäck-Wicklund is an interesting one which provides a comparative insight about the young couples who have different views, aims and concerns in the process of starting a family and their preference to select governmental facilities or family aid to take care of newly born babies highlighting western and eastern cultural differences in family matters. Another article written by Maria Carlson also discusses the issue of gender roles of the Turkish females by merely taking into consideration a certain group, the ones attending the language courses to learn Belgium so as they could integrate into the society. Although this is one important aspect to enable them being part of the society and utilize the public facilities, or at least to carry on their daily life in the working environment, their family responsibilities and domestic priorities seem to prevent them attending language.

The last chapter of the book contains seven articles which are mainly on the European Union issues where the role Turks in Europe as a bridge between Turkey and Europe is discussed. Although most of the articles in this chapter contribute to a better understanding of Turks in Europe, one particular article comparing the restaurant owners and lawyers in England can not escape criticism. From a methodological perspective, I argue that setting up a comparative work between the two groups is problematic because each requires different skills, for example, the restaurant owners, need to spent more physical effort and energy, and have less language requirement and no essential requirement for higher education while being a lawyer requires higher skills in language, law education and specialization approved by the British Bar. Perhaps textile and clothing industry could have been a better group for a comparative work with the restaurant owners.

An interesting issue of the book is the concept of ‘Turk’ which is referred to in most articles. The authors classified Turks as the ones migrated from the mainland and Cyprus whereas the other Turkic countries are excluded from the book. However the Kurds are considered as Turkish citizens in some cases while their origin in the sense of ethnicity is denied in others. Perhaps a chronological categorisation of people of Turkish origin would yield other results. Migration of Turkish Cypriots was intensive in 1950s and 1960s, and in the 1980s some Turkish Cypriots considered moving back at least for their retirement or for establishing businesses. In the 1990s however, increasing the number of migrants from Turkey, both Kurdish and Turkish origins came to England due to political and economic reasons.

The issue of identity runs throughout the book. As Daniel Faas shows in his article young Turks in England and Germany do not know where they really belong to. Although they live in Europe and have European education, they feel that they are treated as immigrants and inferior citizens in Germany and England while they are considered as ‘others’ in Turkey referred to as ‘Londoners’ or German Turks. Gender differences are also noted as far as the impact of traditions on young people is concerned whereby young females feel more pressurized on matters pertaining to love and sexuality. One other recurring theme in the book is the integration problems of the Turkish society due to language and dialect differences as well as religion, which are considered as the most important obstacles for the young generations to have better education or scholarship opportunities. Although articles in the book mainly look at the Turkish community in Europe as immigrants and as second class people, very little of the educated Turks is covered. In this context, an article about ‘brain migration’ and integration of such classes with their colleagues and social circle could have been an important contribution to the book. In conclusion, with its depth and extensive coverage, Turks in Europe is a welcome addition to the literature on identity, culture and integration of migrants of Turkish origin both from mainland Turkey and Cyprus. 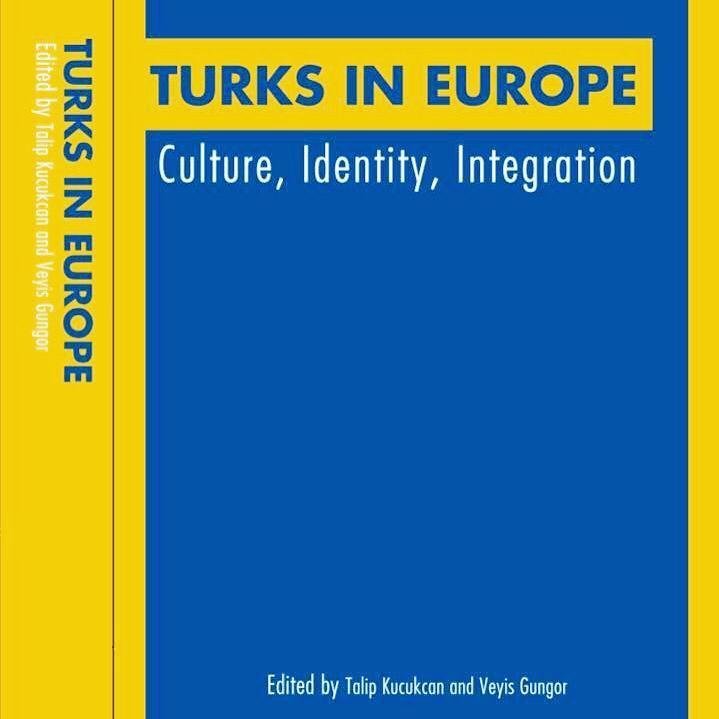