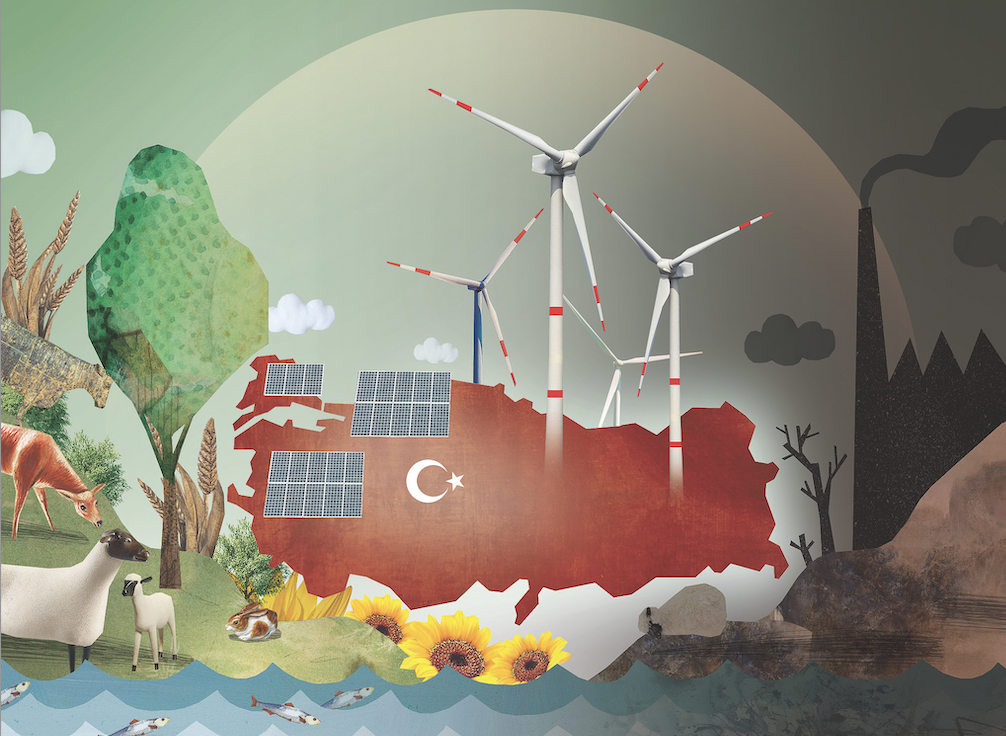 One significant element is dragging the world community toward the necessity of going beyond national borders and interests to work together in the face of the new challenges that it poses: the environment and its security. Today the biggest and maybe the most neglected threat to humanity, in many pundits’ eyes, is global warming. The implications of subsequent climate change will have far-reaching impacts in all regions of the world, but they require special attention in industrialized countries that have compounded the consequences for the rest of the world, which is classified as developing or undeveloped. The challenge, on the other hand, does not acknowledge differences and thus requires collective action. Just to mention a few, some of the most felt effects of climate change are rising sea levels, resource depletion, freshwater shortages, deforestation, biodiversity loss, and natural disasters like floods, hurricanes, droughts, and wildfires. Indeed, according to the latest data from the World Health Organization it is estimated that in the period between 2030 to 2050 climate change alone will cause approximately 250,000 additional deaths per year because of malnutrition, malaria, diarrhea, and heat stress.

The severity of these environmental problems has brought to the fore profound discussions on their impact on humans, states, and the world as a whole. As a result, debates over the securitization of the environment have gained prominence, especially in the late 1970s –due to the oil crises– and early 1990s –as the Cold War came to an end. On the one hand, the main focus of these debates has been on the impact that resource scarcity has on national security and cross border conflicts. On the other hand, moving away from the traditional understanding of security, the debates have concentrated on human security, specifically the threat that the environmental changes pose to the existence of human life on this planet.

Alongside these discussions, considering that the environmental changes have a global impact, several international efforts have taken place to address these issues and find possible solutions. Starting in 1972 with the first world conference on environment –(United Nations Conference on the Human Environment)– in Stockholm several other undertakings have been held, especially after the end of the Cold War, i.e. the Earth Summit in 1992, which led later to the ratification of the United Nations Framework Convention on Climate Change (UNFCCC). Within the latter’s framework, the UN holds yearly conferences (Conference of Parties, COP) that tackle the latest issues on climate change and environmental security, the most recent one held in Glasgow, Scotland. It is indeed these conferences that led to important international charters such as the Kyoto Protocol and Paris Agreement.

In the light of these events, states have started to change and adopt their national security policies by taking into consideration the above-mentioned agreements and the ongoing environmental changes. However, despite these efforts, the world faces several environmental problems which emphasize the need for rapid and direct action. As an illustration, just in recent months, as the world is shaken by the Russia-Ukraine war, it has once again been demonstrated that environmental security –in this case in terms of food security– goes beyond the borders and will have a global impact.

Türkiye, like all other nations, is facing the harsh reality of global change and looking into the challenge of dealing with its ramifications. Ankara joined the Kyoto Protocol in 2009 and the Paris Agreement in October 2021 under President Erdoğan. Türkiye is committed to reaching net-zero carbon emissions by 2053 through the implementation of these initiatives. It was noted in Türkiye’s Eleventh Development Plan (2019-2023) that the country was committed to making significant economic and social changes to implement a ‘green revolution’, one element of the larger initiative to construct ‘green cities’ being the National Green Building Certificate System. Furthermore, the Ministry of Environment, Urbanization, and Climate Change of Türkiye developed a Regional Climate Change Course of Action, outlining the steps that must be taken to assuage the negative consequences of climate change. The Ministry emphasized its awareness of the need for fresh approaches to protect water sources, lower water use, improve rain harvests, recycle water, and build drip irrigation systems when it adopted the National Climate Adaptation Strategy and Course of Change (2011-2023).

To better understand and reflect on these effects in this special issue of Insight Turkey we invited scholarly papers focusing on the dimensions of environmental security and their impact on international politics. As with all our past special issues, we have focused on Türkiye’s policy efforts to mitigate the harmful effects of environmental change.

To account for the nexus between geopolitics and environmental security Peter Hough’s commentary approaches the issue from a supranational angle by bringing under the spotlight the great power competition in the Arctic. The author argues that, although the Arctic is still not an arena for war due to geopolitical rivalry among world powers, environmental issues pose the greatest dangers as intergovernmental ties in the area deteriorate. According to Hough, Russian energy export disruptions caused by Western sanctions may force the Kremlin to explore ecologically destructive initiatives further north. Canada may also be tempted to make up for energy shortages by restarting controversial drilling projects that were previously abandoned. The sparsely inhabited Arctic is unable to deal with oil spills, and additional incursions would result in higher pollution and much more destructive social disturbance.

In a similar vein in our second commentary, Lassi Heininen assumes that although there is a new (East-West) great power competition with its associated conflicts in international politics, no violent conflicts arise in the Arctic, but environmental degradation and rapid climate change continue to endanger the inhabitants. The author further highlights the fact that in international politics, there is an urgent need to expand beyond the unified state system and achieve what was previously done domestically on a global, planetary scale, yet this is not occurring. Overall, both commentaries on the Arctic reveal that the post-Cold War Arctic is an intriguing case study for emphasizing the importance of the environment, as well as a reminder that high geopolitical stability and mutually beneficial common interests are both products of, and prerequisites for, effective collaboration.

In our third on-topic commentary Karim Elgendy focuses on a more disputed case, namely the East Mediterranean. As the author rightly points out the Eastern Mediterranean area is a disjointed area covering a diverse group of countries formed by core topography and overlapping geopolitical goals. One thing is a common concern, though, the climatic issues and a system for cooperation urgently in the Eastern Mediterranean.

Three on-topic research articles, two from a local viewpoint and one from an international one are included in our special edition and focus on the relationship between environmental security and climate change. Ayşegül Kibaroğlu uses institutional and cross-sector (energy and food) analyses to define Türkiye’s water security policies and practices with a particular focus on the transboundary water security strategies of Türkiye. The author concludes that a strong institutional structure, notably at the state level, has been built to achieve Türkiye’s overall socio-economic development objectives, which depend on the development of water and land resources. The need for improved governance, with proper coordination and cooperation among the public, private, and non-governmental institutions in charge of securing water for agricultural and hydropower development, domestic and industrial uses, as well as the preservation and protection of the environment, is however necessitated by the various types of increasing pressures on scarce water resources.

Following up, İzzet Arı evaluates the framework of Turkish national climate policy against the backdrop of global climate change discussions. The paper succinctly explains how Türkiye is helping to combat climate change on a global scale. The basic tenets of Türkiye’s stance in climate negotiations include climate justice, taking into account the historical obligations of industrialized nations, the ‘Common but Differentiated Responsibilities and Respective Capabilities’ (CBDR-RC) concept, and equitable burden-sharing among all parties. As a result, the Paris Agreement’s structure, obligation coverage, and goals are consistent with Türkiye’s overall climate policy. Türkiye’s attempts to ensure equity in the UNFCCC’s classification of nations reflect its ambitions for climate justice. In the conclusion, the author warns that while Türkiye’s demand for climate justice must still be taken into account in current international climate discussions, Türkiye should incorporate and execute national climate policies into its development plans and programs. In our next on-topic research paper Yasemin Kaya questions the role of International Environmental Regimes (IERs) in global environmental governance. She astutely argues that as the Anthropocene is fundamentally altering the contextual settings in which IERs work, the scope of mainstream conversations about the effectiveness of IERs be widened to include the earth system viewpoint. The conclusion of the paper is bitter yet insightful. Despite continued attempts by regimes, environmental indicators reveal that there has been a tremendous increase in global environmental change. The efficacy of environmental regimes is a contentious topic since IERs, whose purpose is to collaborate to produce solutions for environmental problems, have not been sufficiently successful in this regard.

Three off-topic research articles and one commentary enrich the scope of our special issue. Heiran-Nia and Monshipouri provide a thorough yet not exhaustive account of the situation of the middle class in Iran, which is taken to be on the slippery slope, switching from its dream of political reform to the reality of economic security. Thus, the authors fittingly refer to the Iranian middle class nowadays as economically comparable to the lowest strata of society, and they argue that this group largely seeks economic rather than political advancement. Duran, in the second off-topic research article of our special issue, attempts to elaborate on the dynamics of the normalization process ushered in by the Arab Spring and Türkiye’s role in spearheading this process with projected outcomes aimed at long-term stability in the region.

Our final commentary by Ali Bakır covers the normalization procedures between the major parties in the Middle East from 2021 to 2022, as well as the efforts at reconciliation and rapprochement. The author subtly argues that although the normalization efforts have resulted in a fairly favorable environment in the region, it is difficult to assess whether some of the essential actors are forging this new route out of a real desire to do so or simply out of pragmatism. Meanwhile, Burhanettin Duran concludes that regional normalization has become a new political preference for the majority of participants, although it still has certain restrictions, the most significant of which is the intense global rivalry into which this normalization process evolved.