The author claims that he has attempted a holistic analysis in which domestic, regional and international factors are integrated. However, despite this claim, the real emphasis of the book is on international affairs and rightfully so.

One of the strongest parts of the book is that its analysis, unlike many other works that are shaped by contemporary developments, is based on historical analysis. Thus, the book covers the fifty years of the problem’s history and analyzes Turkey’s Palestinian policy in the general context of Turkish foreign policy throughout this time period. The author defines the general parameters of Turkish foreign policy as being pro-status quo, pragmatic and Western. Turkey’s approach to the Palestinian issue is also shaped by these parameters and through Turkey’s relations with the West in general and the United States in particular. Thus, while following Turkey’s policy in the last fifty years, the author enables the reader to see the shifts in Turkish foreign policy and relate them to Turkey’s Palestinian policy. However, the real focus of the book is on the post-1979 period. After a brief historical account of Turkey’s pre-1979 policy, the book goes on to analyze Turkey’s Palestine policy since 1979. According to the author, there are four critical junctures in this time period: the Camp David Agreement in 1979, the end of the Cold War in 1991, the failure of Camp David II in 2000, and the rise of the Second Intifada and the attack on Mavi Marmara in 2010.

The book provides a detailed historical analysis of Turkey’s Palestinian policy in each of these periods. The over-all analysis reveals that, despite a general pro-Palestinian stance, Turkey’s approach to the problem and its relation with Israel went through considerable fluctuations and shifts. Initially taking a pro-Palestine position, Turkey was the first Muslim-majority country to recognize Israel. While the relationship between the two countries was once defined as a strategic partnership, the relation today can be described as strained at best. Bilateral relations peaked in the late 1990s, but hit rock bottom within a decade following the Israeli attack on the Mavi Marmara. How should we explain the continuous shifts in Turkey’s relations with Israel and its approach towards the Palestinian problem? The shift in Turkish policy is often analyzed through changes in domestic politics and the ideological leanings of Turkish policymakers. Particularly the recent crises between Israel and Turkey are easily attributed to the Islamic leanings of the ruling AKP in Turkey. This book offers an alternative and more plausible variable to understand and contextualize the changes in Turkish policy towards Palestine and Israel: Turkey’s security considerations.

This is not to deny the role of ideology, but to point out a higher policy consideration. The very nature of the Palestinian-Israeli conflict makes it inevitable for culture, ideology and religion to play a role. Thus, as a Muslim-majority country, Turkey inevitably leans towards Palestinians. As Turkey is a democracy and all policymakers are accountable to a certain extent, it probably could not be otherwise. However, Turkey’s support for Palestine is not unconditional and is often shaped and limited by Turkey’s security agenda. Accordingly, Turkey becomes more critical of Israel whenever it has a low-level threat perception; and whenever this level is raised, Turkish stance towards Israel softens. Thus, the natural outcome of this analysis would enable us to see the recent crises between Turkey and Israel as linked not only to the ideological perceptions of the AKP government, but also to the changing security perceptions of Turkey. By linking Turkey’s criticism of Israel to its security perceptions, the author also implicitly points to the possible limitations of Turkey’s pro-Palestine stance.

This analytical approach makes the book even more exceptional, as most works on Turkey’s political history lack analytical rigor. Moreover, what makes the case even stronger is the rich amount of sources it relies on. The book is based on a doctoral dissertation and has the academic rigor that a dissertation demands. Despite the limited availability of archival sources, the book is an exhaustive study of all available official documents released by the Turkish Parliament, the Ministry of Foreign Affairs, the Ministry of Foreign Trade, and the Turkish Cooperation and Coordination Agency Directorate (TIKA), as well as UN yearbooks and Wikileaks documents. These documents are supplemented by a series of interviews with the key policymakers of the time.

In general, this is a timely contribution to the literature and should be an interesting read for policymakers and academics as well as the general public. Despite being based on a dissertation, the style and language of the book make it an easy read. 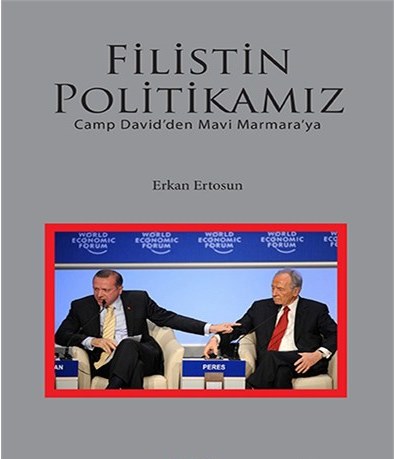