The history of rebellions in the Ottoman Empire during the early modern period has received a fair degree of coverage by both Turkish and western scholars. This present book addresses five major oppositional incidents during the 19th century that attempted to remove the reigning sultans from power.

The history of rebellions in the Ottoman Empire during the early modern period has received a fair degree of coverage by both Turkish and western scholars. This present book addresses five major oppositional incidents during the 19th century that attempted to remove the reigning sultans from power. Riedler attempts to study the nature of these incidents, the background of people involved and the target of the opposition to study the continuity and change in political culture in post-Tanzimat period. He argues that in the absence of public political culture, political parties, and a parliamentary government plus personal charisma and politics, household networks and patronage, secret societies as well as conspiracies formed the political culture of Ottoman society . The Tanzimat reforms had led to greater centralization and an expansion of the government’s sphere of influence, thus generating opposition both within the ruling class and the society at large,which also included religious groups. The Janissaries had been typically at the forefront of rebellions and with their elimination, the Ulema and the Young Ottomans (bureaucrats trained in modern schools)emerged as leaders of opposition. The author focuses on events in Istanbul, the capital of the empire, rather than large-scale uprisings going on in Anatolia and the Balkans.

The first chapter provides a general and brief introductory background on the political culture in the Ottoman Empire, again focusing on the capital. The second chapter deals with the famous Kuleli incident in 1859, a movement organized by the Society of Martyrs to kill Sultan Abdulamecid. The organizers who failed in their plans were arrested and interrogated by the police; they included a high-ranking Ottoman bureaucrat and a Sufi sheikh.

The third chapter focuses on the Young Ottoman opposition, their activities in the Ottoman Empire through the oppositional press led by Ibrahim Şinasi, Ali Suavi, Namik Kemal and Mustafa Fazil Pasha (the so-called Patriotic Alliance), which were inspired by the Italian Carbonaria,and the secret society in Istanbul called Vocation. In Paris, the Young Ottomans were calling for the creation of a parliamentary government to limit the arbitrary power of the sultan and his ministers. This group formed an opposition in exile in Paris called the Young Ottoman Society and established a newspaper, Hürriyet. But when the assassination plot against Grand Vizier Ali Pasha by Vocationfailed in June 1867 and the group involved (400 people) was arrested, the remaining activists in Paris returned to the Ottoman Empire and most of them made their peace with the government.Most of the conspirators were low-level bureaucrats and four were of religious background. It is not clear whether the Young Ottoman leaders in Paris were directly involved in this plot. The press in exile (Hürriyetand Muhbir) emerged as the medium for opposition along with the secret societies. At any rate, the group soon split due to disagreements and the appeasement policies of the Ottoman state and most of its members returned home after the death of Ali Pasha in 1870. The author argues that the Young Ottomans as well engaged in traditional form of opposition and personal politics despite their call for a modern constitutional government. But perhaps in the absence of formal political institutions, government repression and surveillance and the personal nature of politics, this was their only choice. It is the chicken and eggstory, and which came first. Democracy is a process and cannot emerge in the absence of democratic institutions and public culture as well as civil society structures. In the absence of independent political parties, it is inevitable that personal networks, Sufi and Freemason lodges, newspapers and secret societies would form the most important forums of debate and political action.

Chapter four discusses the rise of theconstitutional discourse that transformed Ottoman political culture by calling for constitutional limits on the power of the sultan, although the 1876 Constitution retained much of the traditional and executive power of the sultan,who could close down the parliament in an emergency situation. Consequently, after such a development in 1877, Sultan Abdülhamid emerged as a more absolutist sultan after he abandoned the constitution until he was deposed by the Young Turks in 1908.

Conspiracies as a form of opposition reemerged and the government played its heavy hand in repressing them and creating a police state. Chapters five and six discuss a number of such incidents, such as, in chapter five,the Çirağan incident led by Ali Suavi and a group of disgruntled Muslim refugees from the Balkans which sought to restore Sultan Murad V in 1878. But the plot failed and the participants were arrested, and tried in military courts. The author compares this incident to the Kuleli riot in its conspiratorial action to violently overthrow the sultan according to principles of Islamic legitimacy and to get rid of his ministers without clear aims and vision for real political change.

Chapter six discusses the conspiracy organized by the Skalieri-Aziz committee in July 1878that was discovered by a police raid. The conspiracy involved friends of Sultan Murad V, a Greek Ottoman subject and petty officials who also aimed at restoring Sultan Murad V. But unlike the previous conspiracies, the leader of this one was a Greek Ottoman subject, a stock broker, and a close friend of Sultan Murad V, named KleantiSkalieri.This was factional politics at best within the dynasty with some support from outside but had a limited popular base and suffered from the same problems as the previous conspiracies, i.e. personal and factional politics, lack of clear vision of political transformation, and conspiratorial and secretive methods.

The author proposes that the membership of some of the leading Young Ottomans and the Skalieri in Freemason lodges might have accounted for the secretive nature of oppositional politics. This is an intriguing suggestion that comes at the end of the bookrather than the beginning. Freemasonry was also important in Iran and in the opposition politics to the Qajar government. Many leading members such as Malkom Khan were initiated in Istanbul in such lodges as the Grand Orient, Union d’Orient, and Proodos which promoted a liberal agenda such as the equality of all Ottoman subjects and had mixed membership. Sultan Murad V himself was initiated into Grand Orient. Social networking rather than engaging in political discourse was the aim of membership in Freemason lodges, according to the author. However, we still lack an in-depth analysis of Freemasonry in the Ottoman Empire.

Riedler refers to the Young Ottomans as the bureaucratic bourgeoisie who were the products of the Tanzimat reforms and modern education but does not provide more examples beyond the well-known figures, nor does he expose their ideas. He also emphasizes the role of non-governmental media and newspapers. But he does not really discuss the content of these newspapers. Perhaps a separate chapter could have been devoted to intellectual production and the content of oppositional newspapers. He may be right to emphasize the role of personal relationships and secret societies rather than intellectual networks and political ideas in oppositional politics and political culture during this period. Nevertheless, we still need to know what these personalities were debating. The author could have taken issue with ŞerifMardin in his classical study of the Young Ottomans. There is also a spelling mistake with Nakşbend, which is also spelled as Nakşfend (pp. 73, 75, 80). However, this book does a good job in opening up the debate on the political culture of the last century of Ottoman rule in Istanbul. 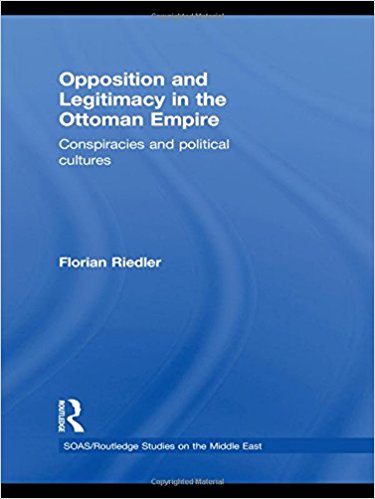