Increasing cooperation between Russia and Turkey date back to the 1990s, and go beyond the preferences of a specific political party or leader. A number of geopolitical interests pitted Russia and Turkey against one another in neighboring regions. The escalation of PKK attacks in Turkey starting in July 2015 and the failed coup attempt of the Gülenists in July 2016 motivated Turkey to seek closer relations with Russia as the United States became an increasingly unreliable actor in the context of Turkey’s fight against the PKK-PYD and the Gülenists. Likewise, Russia’s dependence on the Turkish Straits as its main supply route to its bases in Syria, Turkey’s role as a key customer of Russian natural gas and grain, the goal of breaching Western economic sanctions, as well as consolidating Russia’s internal security, all motivate Russia to seek closer relations with Turkey. 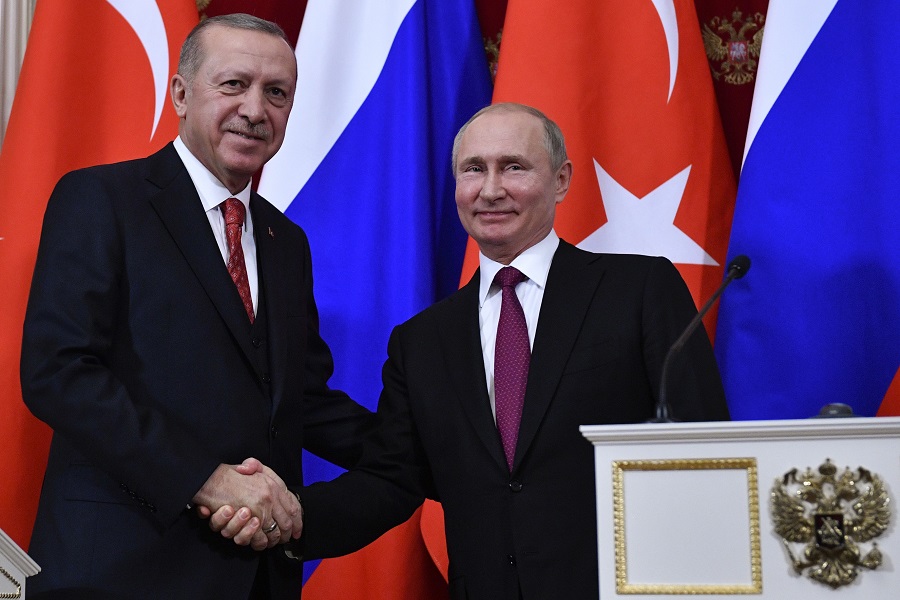 The foundations of increasing cooperation between Russia and Turkey in the 2010s date back to the 1990s, and hence transcend the idiosyncratic choices or contingent preferences of a specific political party or political leader such as presidents Vladimir Putin and Recep Tayyip Erdoğan in Russia and Turkey, respectively. Seismic geopolitical shifts that motivate Russian-Turkish rapprochment were already underway with the end of the Cold War.1 However, a number of seemingly incompatible geopolitical interests pitted Russia and Turkey against one another in the Balkans, the Caucasus, and the Middle East.2 While 1999 provided the first significant turning point for increased cooperation since the end of the Cold War, when Russia refused PKK leader Abdullah Öcalan’s request for political asylum in Moscow, despite Duma’s almost unanimous approval,3 the failed coup of 2016 seems to have provided another turning point for the elevation of bilateral cooperation between Russia and Turkey. The launching of an all out offensive by the PKK against Turkey in July 2015,4 and the coup attempt by the Gülenists in July 2016, combined with the explicit support and shelter provided by the United States (U.S.) to the PYD and the Gülenists, respectively, motivated Turkey to seek closer relations with Russia. In contrast, the United States became increasingly unreliable if not obstructive and hostile in the context of Turkey’s fight against the PKK-PYD and the Gülenists.5 I argue that this is a case of military-strategic considerations regarding internal security outweighing any other causal factor in explaining the improvement of Turkish-Russian relations in 2016, and this argument about internal threats exceeding external threats also constitutes the original contribution of the current article to the scholarly literature. By seeking closer cooperation with Russia, Turkey in effect was “balancing” against two major internal threats, both of which were increasingly perceived as proxies of other great powers, including the greatest military power in the international system, namely, the United States. Such diversification of Turkey’s alliance portfolio is not entirely new either, as the current article will explain, and as some other scholars also pointed out.6 Likewise, Russia’s dependence on the Turkish Straits as the main supply route to its Syrian bases,7 its need for Turkey’s assistance for a durable new status quo in Syria, Turkey’s role as a key customer of Russian natural gas, and the Russian-Turkish nuclear power plant construction by the Mediterranean, all motivate Russia to seek closer relations with Turkey.