According to the introduction of this book, it is the hope that this collection of essays “will enhance insight on the Caucasus and cogently encourage European Union citizens and civil servants to develop more policy towards the South Caucasus” (p. 22). Such is considered essential by the authors since the EU became a “Black Sea power” in 2007 with the memberships of Romania and Bulgaria and the impact of the August 2008 Russian-Georgian war, in which Russia was sending a message to the West that it regarded the region as its own “backyard.

According to the introduction of this book, it is the hope that this collection of essays “will enhance insight on the Caucasus and cogently encourage European Union citizens and civil servants to develop more policy towards the South Caucasus” (p. 22). Such is considered essential by the authors since the EU became a “Black Sea power” in 2007 with the memberships of Romania and Bulgaria and the impact of the August 2008 Russian-Georgian war, in which Russia was sending a message to the West that it regarded the region as its own “backyard.  Interestingly some of the chapters deal with developments in the North Caucasus—a part of the region politically attached to the Russian Federation—that may affect or be affected by developments in the South Caucasus. Most of these essays, while diverse in subject matter,are brief in length, but welldocumented and clearly written; despite the title of the book, some chapters include extensive historical background especially regarding the 19th and 20th centuries when the entire Caucasus region was either under the control or being conquered by the Russian Empire and later the Soviet Union.Recurrent themes in this book are:1) the transition process through which the South Caucasus republics have been moving from autocratically-ruled to hopefully more democratic societies with greater political and economic freedom, and 2) the Russian Federation’s relations with the republics of both the North and South Caucasus.

The first essay by LászlóMarácz deals with the expedition to the North Caucasus of Hungarian linguist Count Bálint de Szentkatolna (1844-1913) who studied and developed a dictionary for Kabardian and believed that the language was “Turanian” and part of a hypothesized family including Uralic, Altaic and Dravidian languages, a controversial idea. While Hungarian is indeed a part of the Uralic family along with Finnish and Estonian and the ancient Hungarians were in contact with the people of the Northern Caucasus, the Hungarian language—one of a handful of tongues in Europe that is not Indo-European—is not related to Caucasian Kabardian or even the so-called Altaic group in which Turkish is claimed to be related to Mongolian, let alone the Dravidian languages. Hungarians, who were partners in the Austrian Empire at the time, were engaged in identity formation as are the Kabardians, who inhabit primarily the Russian Federation’s republic of Kabardino-Balkaria, as well as other peoples of the North Caucasus today.

In another linguistic-related essay concerned with the North Caucasus, Michael Kemper discusses the importance of Classical Arabic in Dagestan, a multi-ethnic and multilingual republic in the Russian Federation.Before the Russian conquest of the North Caucasus, Arabic served as the main medium for interethnic communications and, of course, for religious instruction afterwards. While the Soviet administration and the reform-minded Jadidists cooperated initially, by the late 1920s most Islamic institutions were either closed down or destroyed. The Latin script was adopted for indigenous languages and Russian language instruction was made mandatory the following decade with the Cyrillic script replacing Latin for native languages. However, beginning in the 1960s newly established Soviet museums and institutes engaged in preserving Arabic and Arabic script historicaldocuments; upon the collapse of the Soviet Union in the 1990s there was renewed attention given to Islamic religious literature that was condoned as long as this was done by state-supported “traditional” groups as opposed to “Wahhabis,” referring to popular fundamentalists.

Other essays include a short ethno-political history of the people of the Caucasus, relations between Chechnya and Russia (with emphasis on the last two decades), and seven dealing specifically with the South Caucasus. Of the latter group, one deals with artistic freedom in Armenia and Azerbaijan by focusing on the works of a collection of artists over the last couple of decades who view their work as an “alternative for a civil and political dialogue to call for understanding, collaboration and peace among South Caucasus cultures…” (p. 249).The other essays are concerned with political and legal issues such as authoritarianism and party politics, the interaction of nationalism and statehood, the legal status of Abkhazia and South Ossetia, and the violations of freedom of speech in Armenia and Azerbaijan. Françoise Campanjen’s chapter on the 2008 Russian-Georgian war,which presents the event from four different perspectives, including those of the South Ossetians and Abkhazians, is an especially useful starting point for those in search of a concise account. For further elaboration one should also consult the works of Cornell and Starr[1] and Asmus.[2] While the West continues to support Georgia’s territorial integrity, only Russia, Nicaragua, Venezuela, and Nauru recognize the “independence” of Abkhazia and South Ossetia; in contrast, while Russia viewed Kosovo as a precedent for such recognition, as of the end of April 2011 some 75 countries out of the then 192 UN member states recognize the former Serbian province. Charlotte Hille points out in another chapter, “In principle international law takes a neutral position towards secession, but practice shows that de facto states are mostly not recognized by other states if the metropolitan state does not approve of the secession. This is different if there are longstanding human rights violations or genocide against a people…” (p. 197). She also notes that “all parties manipulate international to their own advantage” as there are still binding UN Security Council resolutions for both Serbia’s and Georgia’s territorial integrity.

It seems that there are no easy solutions to solving the ethnic conflicts of the Caucasus or in transforming the political culture of the region, but this collection of essays is good for thought and highly recommended by this reviewer for both scholars and the general public. 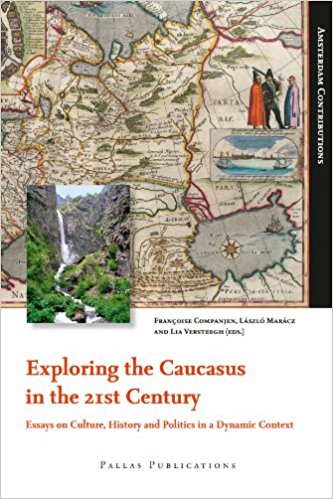 Reviewed by
Michael B. Bishku