Hüseyin Işıksal and Ozan Örmeci’s edited volume Turkish Foreign Policy in the New Millennium constitutes an insightful analysis of how Turkey’s foreign policy and external relations have been shaped in the last two decades. The two editors have constructed an astonishing academic work in order to thoroughly explain and evaluate the trajectory of Turkey’s foreign policy, especially after the advent into power of the AK Party (Justice and Development Party) in 2002. The edited volume is separated into ten parts and consists of forty-two chapters (including the introduction and the conclusion by the two editors).

Hüseyin Işıksal and Ozan Örmeci’s edited volume Turkish Foreign Policy in the New Millennium constitutes an insightful analysis of how Turkey’s foreign policy and external relations have been shaped in the last two decades. The two editors have constructed an astonishing academic work in order to thoroughly explain and evaluate the trajectory of Turkey’s foreign policy, especially after the advent into power of the AK Party (Justice and Development Party) in 2002. The edited volume is separated into ten parts and consists of forty-two chapters (including the introduction and the conclusion by the two editors). The publication of this book is a great achievement due to the fact that the two editors have attempted to examine contemporary Turkish foreign policy in the new millennium in relation to all possible geographical areas of the world. Apart from the first part discussing diverse patterns of continuity and change in Turkish foreign policy, all other parts of the volume highlight the relations of Turkey with different areas and countries of the world: Turkey-Middle East Relations (part two), the relations among Turkey, Iran and Israel (part three), EU-Turkish future perspectives (part four), the Cyprus dispute (part five), Turkey in the Balkan area and the Euro-Mediterranean (part six), Turkey-Caucasus and Central Asia relations (part seven), the relationship of Turkey with the United States (part eight), Turkey in the wider American continent and Far East (part nine) and the relations of Turkey with different International Organisations (part ten).

The editors do not adhere to a specific theoretical framework and/or ideological basis. On the contrary, they have left abundant space for the contributors of this volume to unfold their critical points of view in order to examine Turkey’s foreign policy behaviour, strategies and tactics in the New Millennium. This is obvious from the number of theoretical and methodological instruments the authors have employed in this book. Realist, institutionalist and constructivist theories have been implemented, as well as more particular approaches like role theory, discourse analysis, chaos theory and the ‘securitization’ of Turkey’s foreign policy. What is attractive in this book is that the editors have succeeded in creating an edited volume that has been formed from an impressive variety of independent parts and chapters. Thus, if someone would like to understand Turkey’s foreign policy approach in the Middle East and/or the current state of EU-Turkish relations, she/he can go to the respective parts and chapters to explore it. A final positive aspect of this edited volume is that it focuses on a precise time-period, namely from the 2000s onwards, and hence the readers can focus their interest on the evolution, misconduct and successes of Turkey’s foreign policy within a particular timespan. This provides a sort of methodological continuity in the book and invites the readers to ponder on Turkey’s foreign policy during the neo-Ottoman era of the AK Party.

However, as is the case for a large number of bright edited academic pieces that present weaknesses in both theory and methodology, the volume Turkish Foreign Policy in the New Millennium cannot avoid this trend. Firstly, the book lacks a common theoretical and methodological framework that could be used by the authors as a platform to make comparative evaluations of Turkey’s foreign policy under same theoretical assumptions and methodological patterns. Theoretical/methodological ‘insularity’ is not always a good strategy to estimate the policy of a state, especially in the realm of its external relations, but it is much better than theoretical/methodological plurality. While the contributions in this edited volume are attempting to examine Turkey’s foreign policy from all possible analytical perspectives, the book loses its explanatory power and analytical consistency. Secondly, the book pays less attention than expected to the ongoing Syrian inferno. The involvement of Turkey in the Syrian civil war constitutes a fundamental component of how Turkish foreign policy has been formed, at least over the last five years at the international level. The failure of Turkey’s government to synthesize a proficient policy towards the Syrian crisis has defined and conditioned Turkish foreign policy in a series of related issues, from Turkey’s Middle East policy to relations with Iran and the United States. The editors have not managed to deal effectively with this defining characteristic of Turkey’s foreign policy, and this is a serious weakness of the current edited volume. In the same vein, the book does not delve much into the current status of EU-Turkish relations. The respective part of the edited volume is not well-researched and there is no fresh outlook on contemporary negotiations between the EU and Turkey in light of new global and regional developments, such as the immigration crisis, the terrorist outbursts in western societies and the continuous conflicts in the wider Middle East region.

Despite the aforementioned serious weaknesses, Turkish Foreign Policy in the New Millennium is highly recommended because it comprises an excellent introduction to the topic, and postulates an insightful mapping of Turkey’s current policy perspectives and challenges. This scientific, edited volume will be useful to students, professors, experts and practitioners dealing with the role of Turkey in the world and in its close neighbourhood. 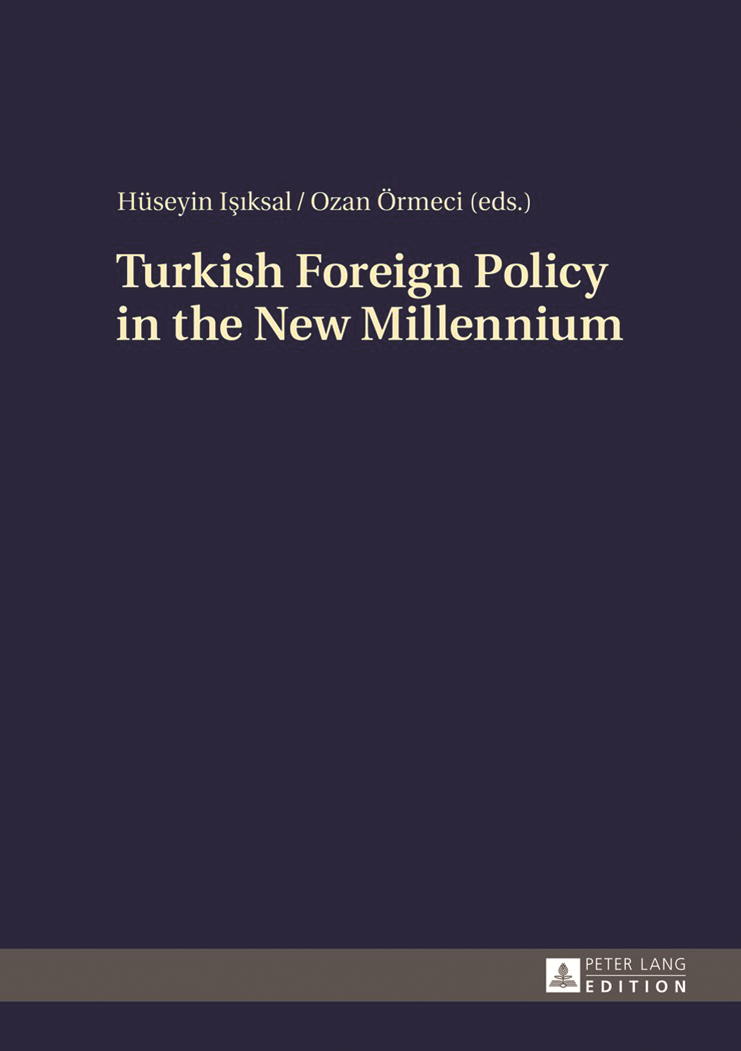