Culture and the Death of God

Is it possible to reincarnate God – who has been assumed to be dead for a long time? Terry Eagleton, a prominent thinker and literary critic, focuses on this question in his book entitled Culture and the Death of God. To answer this question, Eagleton describes the changing perceptions of God beginning with the Enlightenment and ending with the rise of radical fundamental terrorism. From the Enlightenment through Idealism to Romanticism, then to Modernism and Postmodernism, Eagleton tells the story of religion.

Is it possible to reincarnate God – who has been assumed to be dead for a long time? Terry Eagleton, a prominent thinker and literary critic, focuses on this question in his book entitled Culture and the Death of God. To answer this question, Eagleton describes the changing perceptions of God beginning with the Enlightenment and ending with the rise of radical fundamental terrorism. From the Enlightenment through Idealism to Romanticism, then to Modernism and Postmodernism, Eagleton tells the story of religion. While Enlightenment thinkers tried to replace God with Reason, Idealists sought to do the same with Spirit, and Romantics used Nature and Culture to do it. Culture, which was brought forward as a substitute for God, was perceived as the roughest proxy of it. In addition to culture, “Reason, Nature, Geist, art, the sublime, the nation, the state, science, humanity, Being, Society, the other, desire, the life force and personal relations” have also been used for replacing the concept of God from past to present (p. 44). Eagleton evaluates the role of Culture and other concepts in replacing God, and whether and to what extent they were successful. Eagleton’s main argument depends on the inability of Culture and other imitative forms of God in bringing together a unity of “theory and practice, elite and populace, spirit and senses” which religion can achieve (p. ix). Thus, from the Enlightenment to Postmodernism, efforts to replace God have been unsuccessful.

Eagleton claims that although the Enlightenment and its accompanying forms of thought were perceived as a secular movement, actually they were not. Drivers of the Enlightenment, such as Newton, Priestley, Locke, Shaftesbury, Voltaire, and other prominent figures were people of faith who believed in the existence of God. In this vein, Eagleton claims that the Enlightenment was an issue of faith versus reason, not a fight between Catholic versus Protestant. The Enlightenment intentionally brought religion into the picture while trying to replace God with reason, because its main aim was “to oust a barbarous, benighted faith in favor of a rational, civilized one” (p. 12). In the last instance, the main subject of the Enlightenment was religion, and its aim was to create a more rationalized form of it, not to destroy it. The final destination was removing the function of the church in politics.

During the Age of Enlightenment, there was a debate over ‘the double truth thesis,’ which posits a contradiction regarding accepting both reason and the superstitions of the masses. In other words, the issue of changing the masses and pushing reason on them came to prominence. For the most part, Enlightenment thinkers did not want their ideas to reach the public. They kept themselves apart from addressing their claims to the poor masses. This situation resulted in the Enlightenment’s “incapability of universalizing itself even within a single nation” (p. 23). Enlightenment thinkers were concerned that if the masses started to question their faith, there could be a danger of causing massive disaffection towards politics. The thinkers could not afford this cost. Because of its inability to link meaning and value, reason could not reflect humanity’s actual behavior. In the end, the Enlightenment thinkers concerned themselves with “reducing [God] to a rational abstraction” (p. 35). In other words, the movement was unsuccessful in replacing God because of being “too critical and too cerebral to win the hearts of and minds of the populace” (p. 119).

Idealists were also unsuccessful in terms of removing God from the picture. According to their thought, the decline of religion had created a deficit for humankind. In their later stages, they found something to fix this deficit: Spirit. Transcendentalism became necessary to rewrite religious faith in secular terms under the effect of this movement. Nature was seen as the son of the Father, the Spirit, and some thinkers such as Schelling insisted on changing Nature from an object to a subject. However, even if they tried to replace Reason with Spirit, it was hard to translate Idealist truths into an everyday idiom.

The Romantic movement, which Eagleton defines as a species of negative theology by Eagleton, dealt with both faith and the death of God. Romanticism was a kind of intermediate form between religion and art. Romantic artists and thinkers had alternated between these two phenomena. Romantics such as Novalis, the Schlegel brothers, Hölderlin, and Schleiermacher started to believe in the power of religion, not art anymore, to provide social order after a period. Thus, Eagleton implies that Romanticism is a self-contradictory movement in terms of art, Nature, and the imagination. However, as a “stopgap for religion,” Romanticism’s “homesickness for the pre-modern past for the primitive, archaic, atavistic, barbaric, or mythological –was to bear poisonous fruit in modern times” (p. 117).

Under the effect of modernism, putting humanity in the place of God evolved, as Feuerbach, Herbert Spencer, George Eliot, and T. H. Lawrence indicate. Nonetheless, Nietzsche’s Ubermensch showed how God could not be replaced by humanity. If someone wants to replace God, the death of God is not enough; humankind should also be killed. Eagleton explicates this idea, arguing that “the Overman or post-human animal is he who has freed himself from those forms of sham religion known as Nature, Reason, Man, and Morality” (p. 159). In simple terms, the Ubermensch should be free of all limiting phenomena. When it comes to postmodernism, there is no God because there is “no God-shaped hole at the center of its universe” (p. 186).

The common point of the failure of all these movements was their inability to bridge the gap between the values of a minority of elite and highly-educated people, and the lives of the ordinary people which many Enlightenment scholars, Idealist sages, and Romantic artists alike found so disquieting. Even culture, the most successful replacement of God, could not fill the gap between the masses and the elite minority, and thus religion kept its place. As Eagleton notes, “no symbolic form in history has matched religion’s ability to link the most exalted of truths to the daily existence of countless men and women” (p. 122). Thus, it was difficult for these movements to bridge the gap without becoming “practical, corporate, and reformative” (p. 128).

In the final stage, Eagleton implies that “God is not exactly dead, but he has turned his hinderparts to humanity” (p. 181). However, at the same time, he also implies that after 9/11 and the rise of radicalism, there are efforts to reincarnate God for the defense of Western civilization. These two ideas, both accepting and denying the death of God as a metaphor, seem contradictory. Also, even if the book starts with the claim of that westerners have long been living in a faithless world now threatened by religious fundamentalism, there is a little place to focus on this conundrum. Furthermore, Eagleton discusses the issue of God by reference to Christianity and says almost nothing in regard to the rise of Islamic fundamentalism. In the last part of the book, while Eagleton criticizes all of the phenomena thought to be replacements for God, he does not make any critique of religion and God. If religion itself was problematic and could not light the way of our lives anymore, would God fill this gap anymore? To find an answer to these questions, it might be better to read Eagleton’s other work such as Reason, Faith, and Revolution: Reflections on the God Debate (2009) and Culture (2016) together to make a substantial contribution to understanding of the issue. Overall, this book is a great source especially for the ones who want to understand debates on God from the Enlightenment to the present. 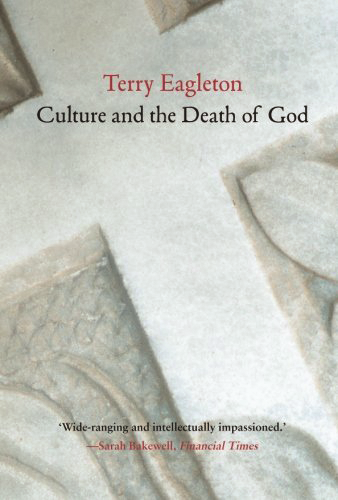