In other words, there has not been a total and a systematic anti-Kurdish campaign towards Kurdish communities in western Turkey even in the most violent days of the conflict, such as in the 1990s. Is this ‘soothing’ dimension of the Kurdish question changing nowadays? Cenk Saracoglu turns our attention to this societal dimension of the Kurdish question in western cities of Turkey where he observes the social transformations in the urban space since the 1980s with regards to the issues of neoliberalism, migration and ethnic tensions.

In this ethnographic field study, Saracoglu conducts in-depth interviews with 90 middle-class people in Izmir. On the basis that these interviewees express anti-Kurdish sentiments, “this study seeks to analyse how middle-class people in Izmir construct and perceive ‘the migrants’ as a distinct and homogenous group, designate them as ‘Kurds’ and identify their ‘Kurdishness’ through certain stereotypes and labels” and “the main objective of this study is to trace the social roots of this specific form of ethnicisation” (p. 9). He coins the notion of “exclusive recognition”, the central concept of his study, which provides the theoretical framework for the anti-Kurdish sentiments among middle-class Izmirlis (people from Izmir) within the specific form of ethnicisation of migrants from eastern Turkey.

Exclusive recognition has four premises. First, Kurds are recognized as a homogenous and distinct community within the anti-Kurdish sentiments of middle-class people of Izmir. Second, the cognitive world of middle-class Izmirlis excludes Kurds through the use of pejorative labels such as “ignorant,” “cultureless,” and “separatist people”. Third, the construction of the pejorative labels used towards Kurds occurs within the urban public space through everyday interactions. Last but not least, interestingly, middle-class Izmirlis do not embrace antagonistic sentiments to other ethnic groups in the city (p. 26). Overall, “exclusive recognition is a social phenomenon; it expresses a judgment about the social world, it is shared by many people in similar social settings, and it shapes the social practices of individuals” (p. 35).

Saracoglu’s research seeks to shed light on the social origins of exclusive recognition in Izmir. Interestingly, he argues that the anti-Kurdish discourse does not stem from the nationalist discourses of the state or any other mass political movement but rather takes place in everyday city life where middle-class Izmirlis and Kurds encounter each other. At first glance, his argument does not make sense since he seems to neglect the structural factors which actually shape the cognitive world of middle-class Izmirlis that make them stigmatize Kurds with pejorative labels. However, as he goes on in his argument, he actually tries to place urban social life and its triggering effect of exclusive recognition into the larger historical and social context.

Accordingly, he addresses three national dynamics: the neoliberal transformation of the Turkish economy since the 1980s and its effects on social inequality, the ongoing conflict between the PKK and the Turkish army in southeast Turkey, and the resulting migration from the east where people suffer from economic and physical insecurity. In the larger context, the ethnicisation of the Kurds is not about ethnicity or driven by official nationalist discourses per se but is about the socio-economic transformation of Izmir since the 1980s due to the infiltration of neoliberalism. The neoliberal transformation of the Turkish economy has led to harsher living conditions in western cities where Kurdish migrants could not escape from spatial and socio-economic segregation. This has shaped the perceptions of relatively well-off middle-class (who have formal jobs and pay taxes) people in Izmir in the way that Kurds are seen as order-breakers, invaders, disrupters of urban life, and benefit-scroungers. Overall, he argues that “it is not migration per se, but internal migration within the context of neoliberalism and political conflict, which contributed to the emergence of exclusive recognition in the everyday life of western Turkish cities” (p. 79). Besides, he does not argue that urban social life is the main cause or origin of exclusive recognition but rather “urban social life is the ‘site’ or ‘locus’ where ethnicisation of the migrant Kurds takes place and is reproduced” (p. 69).

Thinking about the counterfactual reasoning, I wonder whether middle-class Izmirlis would still ethnicise the Kurdish migrants the way they do without the existence of an internalized framework of the official nationalism of the state. I would agree that the urban social space is the site where exclusive recognition occurs and is constantly produced and that such production is embedded within the specific social and historical context. However, I believe that Saracoglu neglects the structure within structure. If exclusive recognition is fed by his argument of the three national factors (the structure), he does not see that those three national factors come into being within the larger structure, which is the top-down national construction of the modernist, westernized, secular and Turkish-oriented (both culturally and linguistically) image of society and citizen. The city of Izmir where he conducts his ethnographic study well reflects of such values as Saracoglu points out that “the majority of people living in Izmir have embraced modernist and secular values of the republican era” (p. 142). Such values are all embedded within the official nationalist discourse of modern Turkey.

In other words, all the links of causation that Saracoglu draws are materialized within those idealized images of Turkish society as a project of the Republican Kemalist intelligentsia. Therefore, I am still not convinced that exclusive recognition and the official nationalist discourse are mutually exclusive phenomena. Rather the way I see their relationship is mutually complementary. This raises the question of whether Izmir would be a case of sampling error in which some other western cities might show different results. For instance, there is a growing segment of the middle-class among observant Muslims in Turkey, especially in Istanbul. Would those middle-class people from Istanbul express different views from those in Izmir? Would secularism be a variable in the rise of exclusive recognition? My question is that it would be more illuminating if we could know about the religious background of the interviewees.

Overall, Saracoglu’s study is very insightful where the Kurdish question is considered at the intersection of changes in political economy and migration circles from east to west. One of the important contributions of this study to the literature of the Kurdish question would be that it shifts the attention from a nationalist perspective to cultural racism. This means that we are not experiencing nationalist antagonisms in western cities of Turkey but that instead cultural racism might be on the rise. 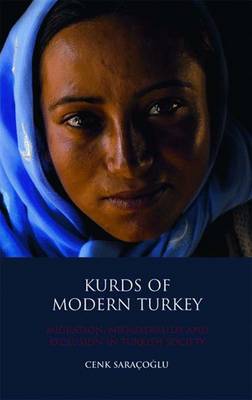 A New Agenda for the Kurdish Question