The world is standing by and failing to act as the ethnic Rohingya Muslims in Burma are subjected to a systematic campaign to drive them out of the country, including a military offensive and deliberate starvation of communities. The United Nations has described it as a textbook example of ethnic cleansing. More than half a million people have fled so far, on top of hundreds of thousands who have fled escalating human rights violations in recent years. The current crisis was predicted and preventable but it is still not too late for the international community to act with targeted sanctions and other measures. 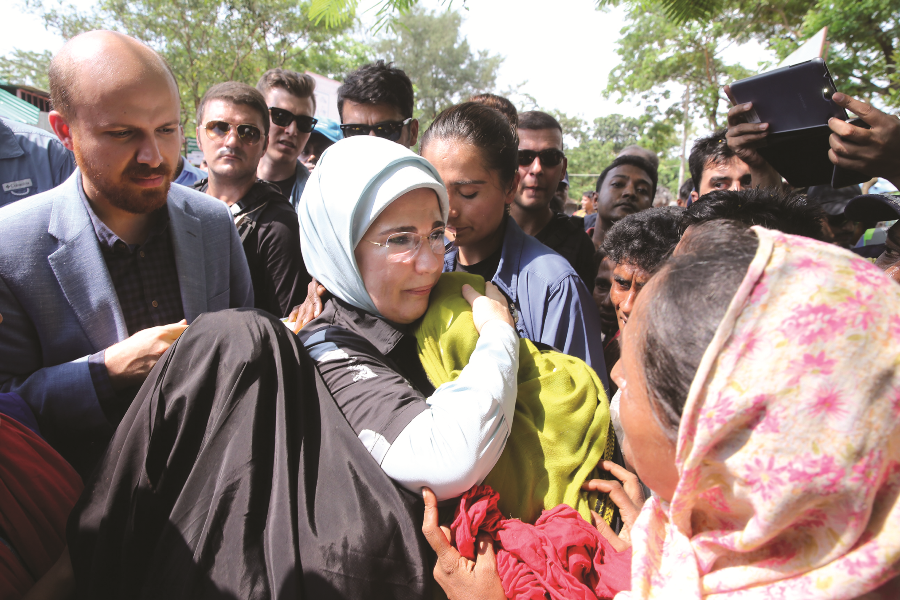 Burma1 has one of the worst human rights records in the world; so for the current Rohingya crisis to be described as the worst human rights crisis the country has faced since independence in 1948, gives an idea of just how serious the situation is. The Rohingya, previously described by the United Nations (UN) as the most persecuted ethnic group in the world, are currently experiencing the most serious military and human rights violations in their history.

The latest crisis began on August 25, 2017 when a new armed Rohingya organisation, the Arakan Rohingya Salvation Army (ARSA), attacked police stations and government offices. Several police and government personnel were killed. Similar attacks by ARSA had taken place in October 2016. At the time, the military responded in a similar way to how they have treated other ethnic groups in Burma for decades, including the Kachin, Shan, Karen and Karenni. They indiscriminately targeted civilians, burned villages, shot people on sight, raped women, looted, and blocked humanitarian aid.

Within a week of the offensive beginning, more than 200,000 people were fleeing, making the dangerous trek to Bangladesh with only what they had on them when they were forced to run for their lives

This time the military was prepared. Within hours, a massive military offensive targeting Rohingya civilians was launched. It had clearly been pre-planned. In the weeks beforehand there had been troop build-ups. Ethnic Rakhine civilians had been given training and weapons, acting in effect as local militias. The civilians led by the government had been stoking up fears of Islami

The Securitization of the Uyghur Question and Its Challenges