Russian Orthodoxy Resurgent: Faith and Power in the New Russia

Anatoly Golitsyn’s New Lies for Old was published in 1984, when ‘Gorby’ was emerging. The book made waves, because the author, a defector from Soviet Military Intelligence, obviously had some idea as to what was going on.

Anatoly Golitsyn’s New Lies for Old was published in 1984, when ‘Gorby’ was emerging. The book made waves, because the author, a defector from Soviet Military Intelligence, obviously had some idea as to what was going on. In brief, he said that the KGB would organize a profound change in the USSR: it would ditch Marxist-Leninism and take up Russian nationalism, Orthodoxy and all. It would in effect sell the Berlin Wall to the West, and get out of Eastern Europe, with a great campaign for nuclear disarmament and brotherly love. There might even be some sort of managed democracy in Russia. There was a great deal in the book that is demonstrably nonsense but it bears re-reading in a way that is not true of the old-time sovietologists’ works. In particular, what has been the role of the Orthodox Church in it all? Nowadays, as the Garrards note in this interesting book, it has a prime role in the state, and it even has a considerable role in the economy; on Sundays the churches are brim-full in a way that is utterly unimaginable in Western Europe. The great symbol of this is the new and vast Cathedral of Christ the Savior in Moscow.

The old Bolsheviks detested and despised religion (‘the Russia of icons and cockroaches’, in Trotsky’s phrase). Hundreds of Moscow’s churches were just knocked down, and in Leningrad the Kazan Cathedral was turned into a Museum of Atheism. The biggest such case was the Christ-Savior, originally put up to commemorate the defeat of Napoleon in 1812 (it had a foreign-origin architect: the Garrards rather miss this element in the history of Orthodoxy, for even the first great cathedrals in the Kremlin were built by Italians, given that Russian-constructed ones just fell down when it got cold). It was a vast building, with five flashing gold cupolas on the Prechistenka embankment not far from the Kremlin, and was finished only in 1883. Stalin loathed it, had it pulled down, and would have replaced it with an even more gigantic Soviet palace, except that the foundations were too marshy. The site was taken over by a swimming pool. But then, with the Second World War, Stalin discovered the uses of Russian nationalism, and of Orthodoxy. He met the Patriarch, and allowed him some freedom. In time, the KGB discovered that it could in fact use the Church, and manipulate its clergymen; as the Garrards say, the Church’s ‘mission was to gain friends in the Third World and the West by portraying the Soviet Union as leading the world towards universal peace’, and Patriarch Alexey Ridiger was ‘the KGB’s brightest star’. He said nothing at all in defense of the persecuted dissidents, especially Academician Sakharov, and was rewarded with restoration of one of those fabulous old monasteries that had fallen into decay. Then came the extraordinary events of 1990-93, when, along with Yeltsin, the Patriarch appeared at the head of a Russian nationalist movement that overthrew the Soviet Union itself. The churches were filled.

Patriarch Alexey, laid claim to the site of the one time Cathedral of Christ the Savior. Then he went into partnership with Mayor Luzhkov, who had in mind the celebrations for an 850th anniversary and who has, be it said, done a remarkable job in turning grim old Moscow into an attractive and lively place. The monopoly Lukoil paid enormous sums, and the enormous reconstruction went ahead at a most unusual pace (no doubt because Turks were involved – they have acquired a very good reputation in Moscow, and ENKA even re-built the Russian Parliament, ‘the White House’, after it had been damaged in the coup of 1993). Now, the five golden cupolas flash again in the winter sunlight, there is a statue of the martyr-Tsar Alexander II in the courtyard, and inside, beyond the incense and the candles, there are rows of icons, mostly reproduction. The building caused much controversy from the start. Why spend so very much money on it, when there was near-starvation in the land? Critics might even say that it was, in that sense, as much a Soviet building as that wretched unbuilt palace would have been.

The Garrards, academics based in Arizona, have had long experience with this subject, as they went in with great amounts of aid when Russia was in a very bad way in the early 1990’s. They can talk knowledgeably and with much sympathy of the efforts made by ordinary Russians to restore old churches and buildings that had been allowed, in Soviet times, just to crumble, or to be used for utterly inappropriate purposes. Nowadays, there are even little churches all over Moscow, put up to indicate that, on the spot, there had once been one of the 440 churches for which, in 1914, Moscow was famous. They understand the sheer poetry of the Orthodox service: the chanting (Lord Have Mercy Upon Us, or Gospodi Pomiluy fifty times, read the instructions) and at the end of the book they rather shake their heads: why is it that, in western Europe, the churches are mainly empty, whereas in Russia, not? Here, we might ask them to have spoken out rather more robustly. The German Lutheran church, for instance, weakly went along with to-day’s pieties, and refused even to let the bells be tolled when the Berlin Wall came down, for fear of accusations of nationalism. Nowadays, you can all too easily just encounter some pudding-haırdo’ed clergyperson looking like General Ludendorff, holding forth about Green causes. The Church of England smashes its own wonderful poetical prose, and substituted modern versions that can sound curiously like bleating. Even the Catholic Church dismantled its mystery, and surely did the cause no good at all by persisting with clerical celibacy and a ban on contraception.

Any Orthodox clergyman is bound, also, to look at the matter of gay bishops with a very quizzical air: Christianity just is not about this sort of thing. Even, it has withdrawn from the World Council of Churches. The Garrards are surprised, and are even reproachful, that the Orthodox Church discriminates against western Christianity; it does not like Catholics in particular. In fact there is a great deal of nationalism involved in Orthodoxy, generally. In Greece, it makes great trouble if ever there is a European proposal for ‘religion’ to be dropped from identity cards, and, over and over again, in the most tiresome and selfdefeating manner, Orthodox clergymen in Cyprus or Athens denounce the Turks, or even, not so long ago, allowed collections of money in churches for the PKK.

There is a Big Question underlying this book, which the authors, probably wisely, do not address. When Communism collapsed, the Catholic countries of the Soviet Bloc made an apparently easy transition to ‘free market democracy’ (not a happy expression, but it will have to do). The Orthodox ones have had a much more difficult time (and the Moslem ones as well). There are of course grey areas to consider, for instance Greece on the Orthodox side, or Slovakia on the Catholic, but the general point stands: Poland and the Czech Republic as against Russia and Ukraine. Is there any way of taking this question further? Such matters are very difficult indeed. They strike enormous resonance. Max Weber famously addressed the relationship of Protestantism and Capitalism more than a century ago. Why, he asked, are Protestant countries so much more go-ahead than Catholic ones? When he was writing – in 1903 – this was just very plainly the case, with North versus South America, or with Scotland and Ireland (again there are grey areas). Weber’s book is quite short, and remarkably easy to read. He rushed it out on the basis of one mis-read source in about six weeks, recovering from a nervous break-down. For the following hundred years, everyone, but everyone, has said that it is All Wrong. So it must have something. Someone needs to do something similar with Orthodoxy, but that would be very difficult indeed. The Garrards have very wisely avoided attempting anything of the sort. 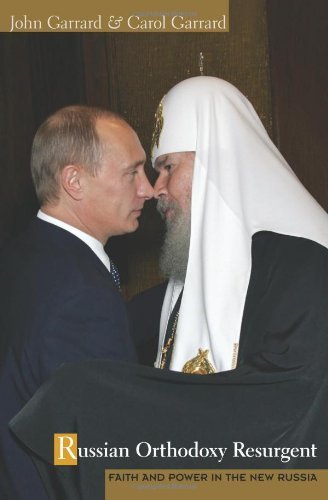 Strengths and Constraints of Turkish Policy in the South Caucasus

The Caucasus Under Soviet Rule