The Economic Transformation of Turkey: Neoliberalism and State Intervention

The Economic Transformation of Turkey: Neoliberalism and State Intervention by Nilgün Önder analyses the development of labor relations in Turkey from 1980-1991. Apparently, the book is assigned a new meaning, considering the events of July 15, 2016. Nevertheless, history teaches us, and the author’s book confirms this once again. The book is comprised of an introduction and four chapters, which are further subdivided. In the introduction, the author discusses the motivation of the research and the theoretical structure succinctly and in a structured way.

The Economic Transformation of Turkey: Neoliberalism and State Intervention by Nilgün Önder analyses the development of labor relations in Turkey from 1980-1991. Apparently, the book is assigned a new meaning, considering the events of July 15, 2016. Nevertheless, history teaches us, and the author’s book confirms this once again. The book is comprised of an introduction and four chapters, which are further subdivided. In the introduction, the author discusses the motivation of the research and the theoretical structure succinctly and in a structured way. The methodological basis of Önder’s research is based on Marxist theories of state, integrating the corporatism perspective. According to the author, authoritarian corporatism and neo-corporatism were manifested in Turkey during various periods of constructing the doctrine of neoliberalism.

The book starts by discussing the doctrine of neoliberalism. The author considers the intervention of neoliberal characteristics in the Turkish economic model logically and consistently. She claims that the military regime, which took power in 1980, was based on ‘substantial capital and the elimination of the working class from political life’ (p. 24). At the same time, the creation of new rules, norms, and institutions was taking place: centralization, privatization, changes in state institutions, the liberalization of international trade; and the discourse of state functions was also changing, decreasing expenses for social needs, etc. It should be noted that Önder maintains a position engaged in advance. Obviously, changes are not necessarily an evil; they also represent modernization in the direction of westernization.

Furthermore, the author provides an explanatory scheme of labor relations in Turkey during the period in question, carrying out a thorough, consistent, historical, and statistical analysis of the main indexes, events, and changes. A descriptive method dominates. The author stresses that neoliberalism is manifested not only in the private sector, but also in the public one, where increasingly more services are contracting out. In the author’s words, this is “a real threat to the movement of professional unions” (p. 87). It becomes obvious that a military regime does not tolerate competition and can effectively eliminate civil society during a short period; however, the organizations which represent business could continue their activity. Önder holds the opinion that authoritarian corporatism was implemented.

The author grounds her analysis on a case study of one of Turkey’s main confederations, TÜRK-İŞ (Confederation of Turkish Trade Unions) and provides a few proofs typical of authoritarian corporatism. The elimination of the power to strike is referred to as one of the means of stricter control. However, this is a debatable question as employees may go on strike without a professional union. In addition, there are other means for collective action: i.e. the collection of signatures, meetings, or collective agreements, which are a really powerful measure. The author herself notes that steps towards democracy were also made, such as involving TÜRK-İŞ in the consulting assembly, etc. (pp. 116-117).

Önder’s ideas about the influence of international actors on the military regime is topical and involving. The author notes that there is a lack of literature analyzing the relationship between international labor organizations and the Turkish military regime. Nevertheless, she notes immediately that the manifestations of direct influence should not be expected (p. 125). Furthermore, this book confirms once again that the U.S. privatized Turkey in order to implement its aims of foreign policy and, therefore, supported the military regime. Naturally, the U.S. aimed for protection against the USSR; on the other hand, European structures criticized and suspended the main agreements with the new regime.

Önder has determined that the International Labour Organization protested against the military regime and did everything for more states to find out about the results of its activity. Help was provided to officials of the Turkish professional unions in the form of ‘soft’ skills. Despite the fact that the regime also cooperated with the International Labour Organization and considered that the criticism of ‘Europoids’ was not objective as, according to generals, ‘Turkey was European and aspires to remain as such’ (p. 148).

Önder continues her retrospective analysis by studying a return to a civil government. The military regime wielded the most considerable influence by determining the elements of the new political system and expected continuity by introducing a bi-partite system, where one party is dominant and the other represents a loyal opposition. Önder constructively analyzes the new political architecture. The author managed to perceive the consequences of the hegemonial discourse on employees by subjecting them to critical analysis. On the other hand, her research illuminates the lessons experienced by professional unions during the period of the post-military regime; the number of professional unions decreased, new ways of cooperation between the government of lobbyism were sought.

Finally, Önder indicates the contradictions between external and internal influences on Turkey’s economy after analyzing the output of various political protests organized by professional unions, their impacts, and the interrelationship between these diverse stimuli. Despite the author’s constant criticism, one may perceive that neoliberalism has had positive consequences: it decreased the domination of the government, and focused on the centralization problem, demonstrating that the new paradigm may be flexible and able to adapt to different dominant ideologies and political approaches. Even though the author supports professional unions, obviously, this political group panders to neoliberals in order to reach legitimization and adaptation to the new world order. It should be admitted that with her research, Önder enables the reader to discuss and develop further knowledge of the Turkish economic transformation creatively and from a scholarly point of view. 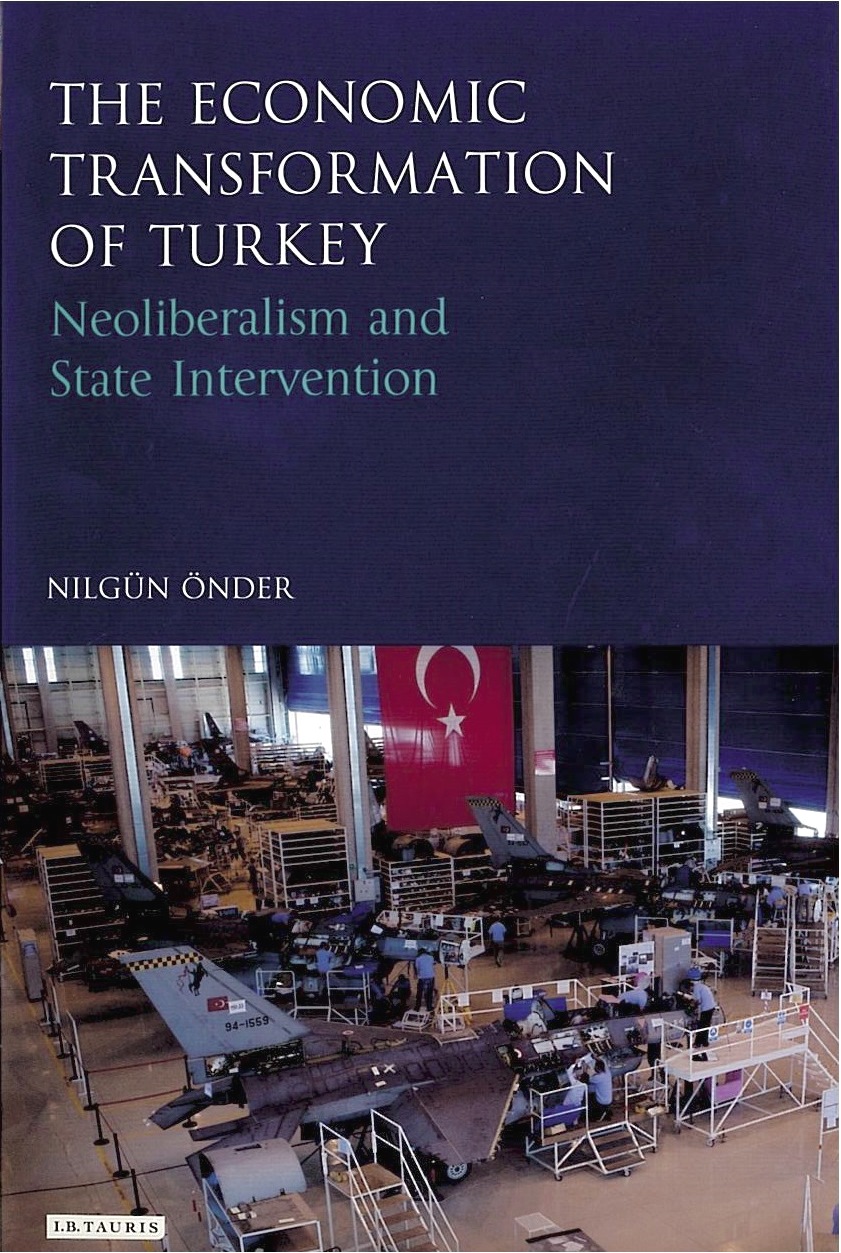 New Egypt versus the Felool: Struggle for Democracy

Islamophobia, Neoliberalism, and the Muslim ‘Other’

Transformation of Political Islam in Turkey: Causes and Effects