The Making of the Arab Intellectual Empire, Public Sphere and the Colonial Coordinates of Selfhood

History of Arab intellectuals has received a renewed academic attention after the Arab world demonstrated its ability to go through the democratization process without it being imposed from outside. The Arab public sphere is still not a theme much researched in Middle Eastern scholarship. This volume is an effort to re-read history of Arab intellectuals within the theory of the public sphere. Dyala Hamza and contributors have tried to look beyond Albert Hourani’s thesis and have produced this insightful analytical account of Arab intellectuals during the Ottoman and colonial period.Intellectual movements in the Arab world have had pan-Arab influences for generations. After the Tanzimat was introduced, a new class of religious leaders started emerging. The Arab nations struggle for independence had to fight on two fronts: they had to edify themselves in the wake of the gradually crumbling Ottoman Empire while fighting against the imposition of European colonial intervention and imperiaslim. The conflicting nature of this struggle had a lasting impact on Arab intellectuals. So much so that the Middle East’s intellectual history never recovered as a paradigm (p. 3). This predicament resulted in the failure of post-colonial Arab states to contain Arab intellectuals. Both Pan-Arabism and Pan-Islamism remained popular but failed in realizing their inclusive ambitions (p. 2). Challenging Albert Hourani’s thesis of ‘derivative liberalism,’ Dayala argues that failure of ‘Middle East intellectual history’ to recover as a paradigm is also because Arabic thoughts remained locked within dialectics of impact and reaction (p. 3).

The ‘Middle Eastern Public Sphere’ is described within three transformative stages of empire, colony, and, the nation state. This transformation was rather a complex one as the Nahdawis appeared apologetic and states refused the containment of Pan Arabism (p 8). The public sphere as a “legal political site which is bound territorially by the nation state and sanctioned by law,” theoretically does not fit with the the Middle Eastern public sphere. Emergence and transformation of the ‘Middle Eastern Public Sphere’ from Ottoman Arab to colonial and then to Bath regimes in Syria and Iraq is the main subject of this edited volume. It argues that “quasi concomitant advent of the private printing press, of the salon, of public for and of a legal framework of regulation and contestation” set the course of transformation of the Middle Eastern Public Sphere (p. 9). Moreover, its procedural and normative function –that of a discursive locus of political agency- is not disqualified (p. 10). The period of the study spans from 1880 to 1960 and it is divided into three transformative periods: first the public sphere generation (1880-1914); second its exit from the Ottoman Empire and its subsequent transformation throughout the struggle for independence; and third, the assumption of power by the Bath in Syria and Iraq.

The literary renaissance in the Arab world is often related to the translation movement undertaken by number of intellectuals and thinkers impressed by Western knowledge and its technological advancement. Samah Salim beautifully argues that literary history is not innocent of the broader political and discursive practices that have shaped the relationship between Europe and “the other” in modernity marked by the ‘colonial difference’. The Nahdawi movement, for the most part, led this renaissance of translation without it being questioned. Michael Gasper details identity formation in Egypt. He explicates how the different identities were formed in popular and literary works in Egypt. The urban and middle class Egyptians, many of them were Ottoman appointed officers, were described as “Affendis”. Opposite to them was newly emerged ambitious middle class which associated itself as the descedents of the peasants [Fallahin](p. 44). The peasnts were identified more pious and respectful for Islam and Islamic practices than the Ottoman appointed ruling class who were involved in ‘drinking and committing sins’. The Urabi rebelleion attracted popular support because of its representing these peasnats and their descedents. Al Muqtataf and Al Hilal represented powerful voices of the socialist movements but they merged into the larger discourse of Nahda. Hence, Nahda was not a territorial or single ideological trend (p. 77). Although Nahda contributed to the making of Arab nationalism, it was also contested by many segments of Egyptian society, who were of the view that in the age of modernity, originality (Asalah) is more important. Arab Asalah and Islamism joined hands against Nahda’s political discourse.

By problemtizing Rashid Rida’s transformation from an Alim to Sahafi and then a publicist Dayala shares conclusion of Ahmad Dallal that Rashid Rida was involved in creative appropriation of Islam which ended with a Salafist interpretaion of Islam. However, the counter view limits the scope of Islam to merely a ‘discursive tradition,’ as everything does not fall under the perview of religion. Mohammad Rashid Rida placed himself in the second category by representing Masalaha Amma, which subsequently took a Salafi turn. However by defining Salafism as a tradition that rejects Qiyas, it is simplified to identify Rida’s deliberations merely a resistance to to the nation states’ encoroaching public life. Intellectual history of Islam from Gazali to the era of cyber public sphere, has been evolving through creative appropriations of existing or new scientific ideas. Whether Rida’s appropriation led to the ‘Salafi turn’ is contested by many contemporary Islamic studies scholars.

“Partitioned pasts” by Lital Levy represents a painful story of memories from a common past, however two different and often inimical pasts, the Arab and the Jewish pasts. Esther Azhari Moyal, a Sephardic Jewish journalist from Beirut began her intellectual life as part of Nahda and Pan-Arabic movement, at the time when the question partition did not exist. She was, a feminist, who subscribed to the ideas advocatd by Qasim Amin, an Egyptian intellectual who argued for the emancipation of women in Muslim society. Her multiple- identities came from a common Arab-Jewish heritage, which painfully ended with the partition of Palestine into Arab and Jewish lands. Her response to modernity and Arab identity was contradictory. Her affirmation of her Jewish identity developed with her support of the Zionist settlement movement in British controlled Palestine.

Leyla Dakhli introduces the global part of the Nahda which was undertaken by individualities and territories throughout the world. The Mahjar literature is an extension of Nahda through the political sphere of Mahjar literature in the twentieth century. From his exile in the United States, Amin Rihani declares “I am Syrian first, Lebanese next and only then Maronite. I am Syrian and I demand national, geographical and political unity of Syria”. Almost unconciously, the Mahjar intellectuals create a new culture overcoming political territory, cultural, linguistic and emotional belonging.

Christoph Schumann’s account on autobiographies of nationalists and radicals during the 1930-1958 period presents the political socialization of nationalists and radicals who came from different social classes. The tension between different threads of radicals and nationalists was also derived from political socialization in which many Bathist intellectuals emerged from the lower social classes and many nationalists were educated in the elite controlled educational institutions. An interesting revelation suggests that the public education system in Syria and Iraq was as efficient in producing young “Effendiyya” as was the French and missionary controlled educational institutes in Lebanon and Damascus.

This compilation of articles outlines two major features of the Arab public sphere: the first is that it was both diverse and inclusive; and the second is that it was “powerful” largely because of the desire to transform the political structure from a colonial and imperial system to a modern nation state. However, as stability gradually set in and national states were formed, many of these intellectuals were coopted and sided with the authoritarian regimes of the Middle East. Theoretically, the volume claims to present the transformation of the Arab public sphere and insists on using this Habermasian paradigm. However, it fails to connect the dots within this transformation. Perhaps if one entire chapter was dedicated to problematizing the ‘Arab Public Sphere,’ it would have filled this gap. Also, it could have tied into the concluding discussion. Nevertheless, this compilation presents a very rich analysis of the intellectual profile of the Arab World, which was lost somewhere between history and historiography. In addition, this book reintroduces the Jewish contribution to the Arab intellectual movements, which was almost forgotten. 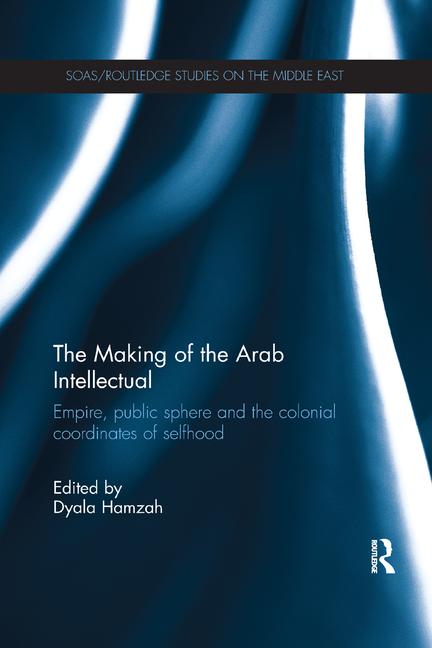