Since the end of the 1990s, Albanians in North Macedonia, Albania, Kosovo, Montenegro, and Serbia have submitted to a regime of political and economic austerity in return for access to the European Union. The heavy costs, from economic decline, deadly pollution, and political corruption have translated into years of frustrations. These frustrations have exposed a political failure that extends from the region to the United States and Brussels. The resulting political turmoil will soon turn violent as the global economic downturn puts strains on Albanians sliding further away from their untrustworthy EU/U.S. allies. These afflicted relations may also highlight enduring tensions within the larger NATO alliance as American unilateralism continues to strain the divergent interests of key European partners. 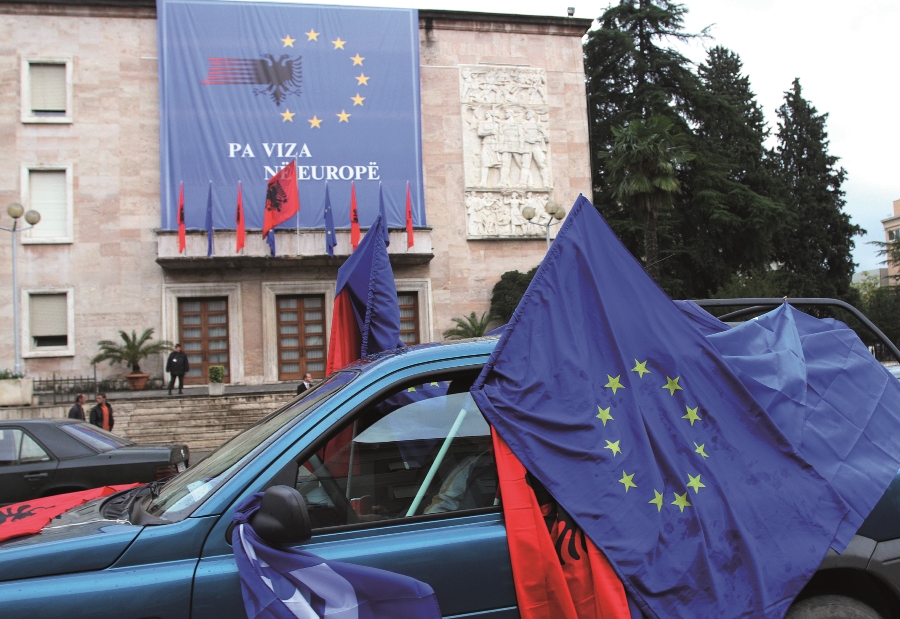 Following the objects they face, the presidential initiative of Thaci and Vucic for land swap needs incidents on the ground, new tensions and destabilization of the situation, to proceed. We hold them responsible for the violence that may occur.

Things were looking good for a while. At least that is what Albanians are living in. With laudatory reports from indigenous politicians and a growing social media infrastructure, it was not hard to share in the optimism. As they awaited integration into the European Union (EU), all the distinct Albanian constituencies (inhabiting North Macedonia, Albania, Kosovo, Preshevë, Medvegje, and Bujanoc in Serbia, Montenegro, and the various adopted homelands overseas), exclaimed a pride and giddy self-assurance. The popular media in particular, be it Twitter or Albanian-language journals, offered plenty of evidence that the once feisty rhetoric of independence and nationalism had turned into a calming monotone of contentedness.

Of critical value was the apparent presence of Albanians –self-acknowledged or not– in the larger world. Albanians like Rita Ora, Bebe Rexha, and Dua Lipa top the music charts. Albanian sports stars win gold medals in the world. The best chef in the world, the most beautiful model, the hottest club scene, undiscovered coastlines, and membership in NATO, all constituted acknowledgments of Albanians' place in the world. Albanians, the Albanian mafia, is constituted publicity that reassured Albanians. Until recently, Albanians felt throughout the world that they had gained access (at the expense of some old Marxist rebels, of basic principles), to the Western table.

Nuclear Deterrence, Missile Systems and the Security of Turkey in the “New” Middle East