Recently, the relationship between Saudi Arabia and Iran has become an interesting topic to study because of the rise of sectarian politics. However, there are few scholarly studies exclusively addressing Iran-Saudi Arabia relations.

Recently, the relationship between Saudi Arabia and Iran has become an interesting topic to study because of the rise of sectarian politics. However, there are few scholarly studies exclusively addressing Iran-Saudi Arabia relations. Actually it is a challenging task because the two countries are engulfed in a fierce and complicated competition that dates back to 1979. Additionally since the competition between Riyadh and Tehran involves many speculations, most topics in Iran-Saudi Arabia relations are highly controversial. Against this backdrop, Simon Mabon contributes to the literature with his book entitled Saudi Arabia and Iran: Soft Power Rivalry in the Middle East.

The second chapter locates and contextualizes the conflict between Saudi Arabia and Iran and defines ideological and geopolitical spheres of competition between the two countries. “Arab-Persian tensions, sectarian tensions and the impact of the 1979 Iranian Revolution all play in the ideological part of the Iranian-Saudi relationship” (p. 42). Geopolitical competition between Riyadh and Tehran that revolves around the Persian Gulf and the Levant has been complicated by the role of the United States in the region and proxy conflicts. The third chapter “considers processes of state-building and the importance of narratives” and “outlines structural and normative conditions” in Saudi Arabia and Iran. It underlines “the importance of Islam, particularly used as a legitimizing tool for regimes to resolve internal security dilemmas and to demonstrate external legitimacy and vitality” that leads “a soft power security dilemma guiding the rivalry” between Riyadh and Tehran (p. 106).

The fourth and the fifth chapters address religious/ideological and ethno/tribal incongruences in respecting countries. The author argues, “the existence of numerous identities within each state … challenge either the ideological or territorial integrity of the state. … [G]iven the existence of identity incongruence, conflict between these internal identities is undeniable” (p. 111). Then, he comments on tensions between the regimes and some identity groups, which leads to concerns on the part of ruling elites of interference by external actors. Given the sectarian differences between Riyadh and Tehran, which subscribe respectively to Wahhabi/Sunni and Shiite brands of Islam, the existence of Shi’a groups in Saudi Arabia and the Sunni groups in Iran provokes suspicion towards the other. The Saudi government is continuously suspicious against the Shi’a for their alleged loyalty to and connections with Tehran. Further, the perception of Saudi support for Sunnis within Iran has increased suspicion of the Al Saud within Iran.” (p.139). The veracity of alleged connections and interference might be doubtful, but perceptions govern relations between Tehran and Riyadh. “This shows how the ideological [and internal] sphere feeds into the geopolitical sphere.” (p. 139).

While chapter six deals with responses of the Saudi and the Iranian states to counter ideological and territorial challenges raised by the identity incongruence, the seventh chapter addresses external dimensions of identity incongruence. Mabon argues that both regimes have employed competing Islamic narratives to consolidate internal and external legitimacy and engaged in exporting their ideological values, which turned Tehran and Riyadh into rivals. The author also draws attention to “the importance of the provision of support for identity groups who subscribes to similar belief systems across the region,” and argues, “both Saudi Arabia and Iran offering support for groups across the region in attempt to deflect attention from internal problems” (p. 173). At the end of the book, the author makes several suggestions to improve Saudi-Iranian relations.

The analytical framework offered by Mabon, “Incongruence Dilemma,” is plausible to explain most aspects of Saudi-Iranian rivalry. However, it assumes continuity in the relationship between Tehran and Riyadh since 1979 onwards, and ignores the pragmatic rapprochement between the two countries in the 1990s. This framework heavily drives on identity incongruence inside Iran and Saudi Arabia, and argues that ensuing ideological competition manifest itself in geopolitical competition (p. 207). Notwithstanding the role of ideological differences, major geopolitical changes are influential in changing the nature of relations between the two countries. The Iranian revolution (1979), the first Gulf War (1991), the American occupation of Iraq (2003), and the Arab Spring are major developments that profoundly changed the balance of power in the region and its geopolitical structure. In addition, these rival powers have exploited ideological differences as leverage against each other. That is why the Saudi government portrayed the Iranian revolution as a Shiite revolution and accused Iran of pursuing a policy to build the Shiite crescent. In return, Iran sought to make a distinction between Wahhabi school and Sunni Islam. The pragmatic rapprochement between Tehran and Riyadh in the mid-1990s and the employment of sectarian differences by both sides, especially after 2003, indicate that geopolitical concerns rather than ideological ones dominate the relationship between the two states.

The author’s assumption that identity incongruence certainly leads to an internal security dilemma is also questionable. In fact, internal security dilemma stems from exclusionary practices and policies of the ruling regimes, not from the existence of different groups. Democratization and inclusionary polices would decrease security concerns stemming from the incongruence of identity.

A wide range of literature and media sources backs the argument in the book, but it is mainly based on secondary sources. Although he attempted to explain the complicated nature of Iranian-Saudi relations, the author does not provide a detailed analysis of major events and some issues still need to be substantiated. Given the complicated nature of relations between the two states and the intertwined characteristic of ideological and geopolitical competition, there are many repetitions of certain themes and theses throughout the book. Although the author frequently mentions Lebanon, Iraq, Syria, Palestine, and Bahrain as proxy battlegrounds between Riyadh and Tehran, there is no reference to Yemen, another proxy battleground. Finally, the author equates the ruling regime and revolutionary ideology in Iran to the velayat-e faqih doctrine. This doctrine is one of the major pillars of the Islamic Republican regime, but not equal to the revolutionary ideology.

Despite aforementioned shortcomings, Saudi Arabia and Iran: Soft Power Rivalry in the Middle East is candidate to provoke new debates in the literature on the Middle East. Authored in a scholarly manner, this timely study offers a major contribution to Middle East Studies. The analytical framework developed through the book is not only helpful to comprehend Saudi-Iranian relations, but also applicable to many cases in area studies. 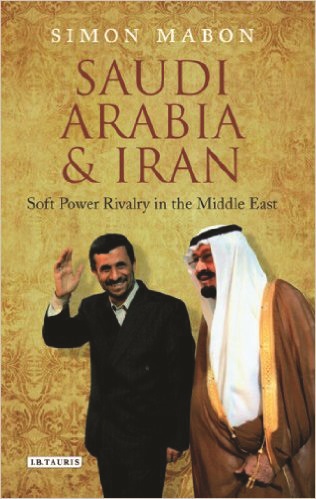