The capitalist development process has been criticized by many scholars due to its questionable effects on countries. After the privileging of neoliberal principles in Western national economies from the 1970s onward, discussions on the legitimacy of capitalism have increasingly continued.

The capitalist development process has been criticized by many scholars due to its questionable effects on countries. After the privileging of neoliberal principles in Western national economies from the 1970s onward, discussions on the legitimacy of capitalism have increasingly continued. Undoubtedly, neoliberal policies have been questioned intensively in developing countries as well. The World Bank’s confession that there is no empirical support for the effectiveness of neoliberal policies on developing nations could explain why policymakers in developing countries are unsure about the integration of their countries to the extreme liberalization of the economy.

Development in an Era of Neoliberal Globalization, a collection of articles and presented papers to pay tribute to Surendra Patel’s substantial scholarship in development economics, is a significant contribution to the field. Many pro-globalization books tend to analyze the economic and social problems which are prevalent in today’s world within the frame of neoliberal assumptions. According to these approaches, the main issue that people do not notice is that the market cannot conform to their assumptions. However, many studies indicate that the problem is not about the market’s inability to adjust to the assumptions, but the capitalist economic system itself. In this sense, this book fills the gap, in part, as it aims to “analyze the progress and failures of capitalist development against the backdrop of an increasingly globalized world economy organized on neoliberal principles” (p. i). While the various contributors discuss different issues in the book, there is a consensus on the drawbacks of globalization and the Western exploitation of the rest of the world.

In the first chapter, entitled “Mercantilist Origins of Capitalism and Its Legacies: Decline of the West and Rise of the Rest,” Kari Polanyi Levi delves into the mercantilist origins of industrial capitalism and the fluctuating hegemony of the West in the post-neoliberal capitalist development era. She emphasizes the unbalanced conditions of the world order, in which wealth and prosperity has accumulated in the Global North although though the population, especially the young one, is agglomerated in the Global South. She asserts the decline of Western Hegemony, claiming that the globe is shifting from Western ascendancy to a more balanced and multipolar political and economic order.

In the second chapter, “Lessons from the Struggle for a New International Technology Order,” Norman Girvan seeks to understand the dynamics of technology and its transformation with a particular interest in the Caribbean case. From the beginning, he calls attention to the internal dimension that accelerates or prevents a country’s development, and the international dimension characteristic of the international economy that supports development or impedes it. In addition, he highlights the importance of technology into the “Third World,” and its impacts on the development of different countries.

In his chapter entitled “In the Vortex of Neoliberal Globalization: The Precarious State of Democracy and Development,” Osvaldo Sunkel discusses the relationship between capitalism and democracy. He summarizes the cultural, socio-political and institutional background of Latin America and the process of democratization and modernization that took place there. The paper successfully presents the expectations raised by the democratic regimes, and also the failure of the neoliberal economic policies and the resultant lack of confidence for democracy and neoliberal policies in Latin America.

In the fifth chapter, “The Neoliberal World Order: Echoes of a New Imperialism,” Manfred Bienefeld points out the implications of the dramatic shift in the global balance of power after the collapse of Eastern Europe, such as global stability, prosperity and development. He discusses the new unipolar world order and clarifies the idea of the ‘optimists’ and ‘pessimists.’ Optimists believe that the changes that took place after the collapse brought a ‘new world order’ which could improve human welfare reduce social inequalities and international problems. However, Bienefeld’s ideas appear closer to those he calls pessimists, who believe that the “new world order means the re-emergence of a more naked and explicit form of imperialism in which national sovereignty is overridden by a hegemonic power pursuing its self-defined national interest” (p. 108). In the rest of the paper, he proposes some opinions as to how countries could defend their own national interests against imperialism.

In contrast to Bienefeld, in “Extractive Capital and the Policy Dynamics of the Post-Neoliberal State,” Walden Bello hails “the end of globalization.” He is quite optimistic about the end of this era of capitalist development underlying the dynamics of neoliberal globalization. He focuses mainly on the ‘new extractivism’ of natural resources in Latin America, and bases his argument on a Marxist theory of capitalist development with reference to imperialism. In addition, he offers examples from the protests in different Latin American countries for the sake of resisting capitalism and imperialism.

The book successfully shows that the globe is moving to a new era and that the unipolar “old world order” is coming to an end. The dependency of the Global South on the Global North has been diminishing and the Western Hegemony is about to end. Therefore, as the book convincingly shows, a multipolar and multispeed world order could provide an opportunity for the developing countries to tackle many challenges by cooperating together.

Another important contribution of the book is its proposal that some institutions founded by the Western countries should change. If they don’t, Veltmeyer points to some statistical data related to the BRICS (Brazil, Russia, India, China, South Africa) to highlight the dependency of these economies on Northern markets and their “inability to institutionalize domestic demands as a key engine of the economy” (p. 130). What’s more, institutions such as the World Trade Organization, the World Bank and the IMF are too sluggish to solve economic problems, as we experienced in the 2008 financial crisis.

Another very important aspect of the book is its argument that the state should play an important role in the economy in order to provide economic development. According to Dani Rodrik, it is mandatory to “bring the state back in” (p. 150). To put it differently, new economic spaces in which states can play an active role in guiding economies should be established. States must play an important role in the definition of property rights, financial regulation, the development of technological capabilities and the pursuit of dynamic comparative advantage (p. 118). 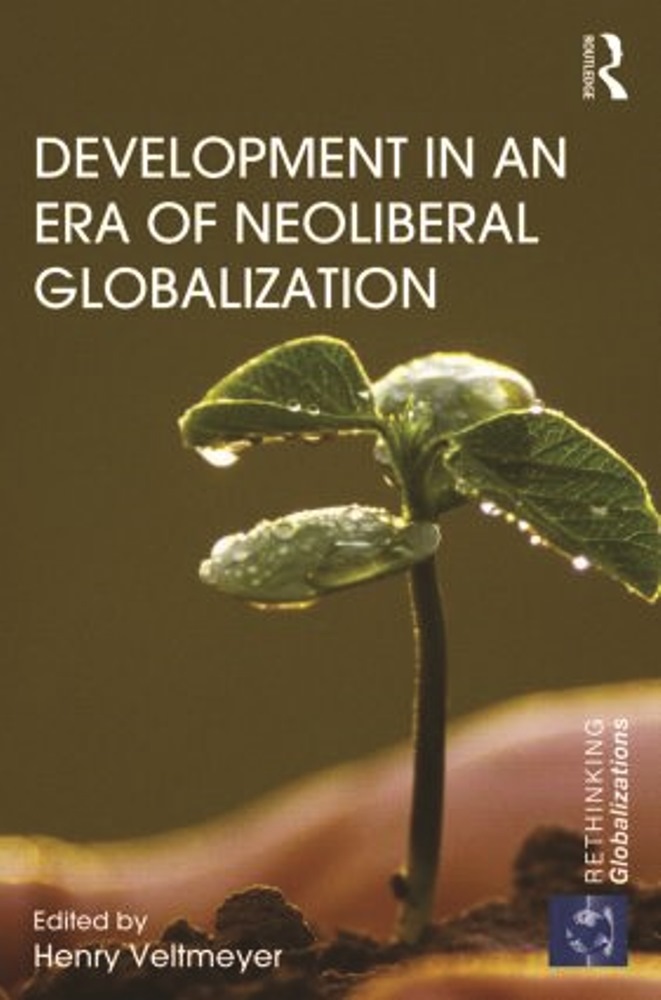