Engineers of Jihad: The Curious Connection Between Violent Extremism and Education

When we look at important aspects of the book, Gambetta and Hertog’s contribution to the theorization and conceptualization of radicalization stands out, particularly in their study of relative deprivation, and the need for closure and in/out group distinction, all of which play an important, determinant role in understanding the relationship between education and radicalism. While Gambetta and Hertog rely on their own sociologist point of view, they seek a different perspective to social newtwork/milleu analysis in the radicalization studies. The book also successfully shows the structural dynamics of different violent, ideological extremist groups, for example, from the women-to-man distribution ratio, to the contrasts among educational disciplines such as medicine, social sciences, and humanities and the law, in three radical-extremist groups.

Over the past decade, radicalization studies have been enriched by new, multi-disciplinary approaches and perspectives revising old and nation-centric terrorism studies as the sole purview of terrorism studies. Since the 2005 London Bombing, apart from terrorism studies, scholars from social psychologists to political scientists have started to study radicalization and its effects. To deal with this seemingly new phenomenon, new concepts such as ‘homegrown terrorism,’ ‘self-starter groups,’ ‘radicalization’ and the like have been put forward by different disciplines. Hence, the authors’ exploration of theory and practice is a timely contribution, helping readers to better understand the concept of radicalization, and increasing the credibility of the field of radicalization studies by exploring its theoretical underpinnings. Radicalization theories are constantly undergoing a process of refinement, and the field remains a discursive science despite claims of objectivity.

Diego Gambetta and Steffen Hertog’s book Engineers of Jihad: The Curious Connection between Violent Extremism and Education is an important contribution to the expanding literature on radicalization studies. It analyzes a variety of factors, from social mobility for engineers in the Muslim World, to a particular mindset seeking order and hierarchy in Islamist and right-left radical organizations. The book consists of six chapters, four of which are about Islamist radicalism. After a short introduction, the first chapter, entitled “The Education of Islamist Extremists,” starts by exploring the connection between the radicalization process and the educational background of some Islamist extremists. Based on their background, the authors reach the surprising conclusion that “…the higher the level of education, the greater the likelihood of joining a violent group, and furthermore that among those with higher education, students with more demanding professional degrees have a great likelihood of joining” (p. 33). Drawing on this argument, the authors then pass on to the second chapter, “Relative Deprivation in the Islamic World.” The theory of relative deprivation is an important tool for social and personal psychology perspectives. According to the authors, “Relative deprivation could explain why more graduates became radicalized, specifically in the poorer Islamic countries that have gone through development crises since the 1970s”(p. 34). The third chapter, “Relative Deprivation Probed,” provides a discussion of whether there is a relationship between relative deprivation theory and engineers’ education in Jihadi radical organizations. The authors compare the education of medical professionals and engineers under the framework of overrepresentation. The authors highlight that “doctors are less overrepresented in the Muslim world sample and not overrepresented at all in the Western sample; they are better represented than engineers among nonviolent Islamists; and unlike engineers, when they have a choice, they prefer secular groups” (p. 84). The fourth chapter, “The Ideology of Islamist Extremism Compared,” examines differences and similarities between the cultural context and the philosophies of radical Islamist and right-left extremist groups. This chapter shows that right wing extremist groups and Islamist radical groups have more engineer cadres than left wing extremist groups because of social-cultural factors. The fifth chapter, “The Education of Other Extremists,” deals with perceptions of the right-left and Islamist violent extremists groups. The authors benefit from a rich array of ideological and discourse perceptions of violent radical organizations such as the Red Army Faction in Germany, and Neo-Nazi Organizations in Australia, Russia and the U.S. This chapter’s conclusion makes the important argument that engineers prefer to join violent Islamist and right wing extremist groups over secular leftist groups, not because of their technical skills or the theory that engineers are more easily detached, but because of social and individual-level factors. The sixth chapter, which appears as a continuation of the previous two, “Mind-sets for Extremists,” proposes some personality traits for extremist types: Disgust, Need for Closure, and In-Group and Out-Group Distinction. The authors argue that the specific traits that are more prevalent among particular disciplines are associated with specific social and political attitudes, and as a result, drive individuals to different types of political radicalism (p. 154). The book ends with a concise summary of the arguments.

When we look at important aspects of the book, Gambetta and Hertog’s contribution to the theorization and conceptualization of radicalization stands out, particularly in their study of relative deprivation, and the need for closure and in/out group distinction, all of which play an important, determinant role in understanding the relationship between education and radicalism. While Gambetta and Hertog rely on their own sociologist point of view, they seek a different perspective to social newtwork/milleu analysis in the radicalization studies. The book also successfully shows the structural dynamics of different violent, ideological extremist groups, for example, from the women-to-man distribution ratio, to the contrasts among educational disciplines such as medicine, social sciences, and humanities and the law, in three radical-extremist groups. One of the interesting statics presented is that “…the left-wing group with lowest share of women still boasts a higher share than the highest shares of any right-wing or Islamist group” (p. 142). The same situation can be seen in the segregation of educational disciplines. Female representation is higher among the humanities and social sciences than in engineering, which is accepted as the most male-dominant discipline. By using rigorous, new datasets produced by European and Muslim countries, the book provides useful information for understanding the link between university subjects and types of radicalism.

In spite of its very valuable contributions, the book has some shortcomings. Technically, some of the datasets could be more explanatory, a challenge which makes some chapters (especially five and six) hard to follow. Additionally, the book includes black tone dataset diagrams, which makes it harder to closely examine them. On a more theoretical front, the book freely uses two terms that have recently become highly controversial in radicalisation studies; “Islamist Radical” and “Right-Left Wing Extremist,” have both been severely criticized by many Muslims. Actually, although words such as ‘radical’ and ‘extremist’ can be interchangeable, the word ‘radical’ has a more pejorative meaning than ‘extremist,’ so that we can ask why Islamists are considered radical, while the others are only extremist. We can see that same situation in radicalization and terrorism studies. After the 2005 London Bombings, the concept of homegrown terrorism emerged; this relatively new terror typology is being used to explain to terror attacks due to second and third generation Western Muslims, versus the latest immigrants wave, in the fields of radicalization and terrorism studies. However, Europe has been seeing terrorist left/right wing groups as extremists in spite of ongoing fighting since the 1970s.

In conclusion, the book, which utilizes rich primary and secondary sources, is a beneficial contribution to both radicalism and terrorism studies, and helps to establish a more theoretical approach to radicalization, and the complex calculus of issues that inform it. 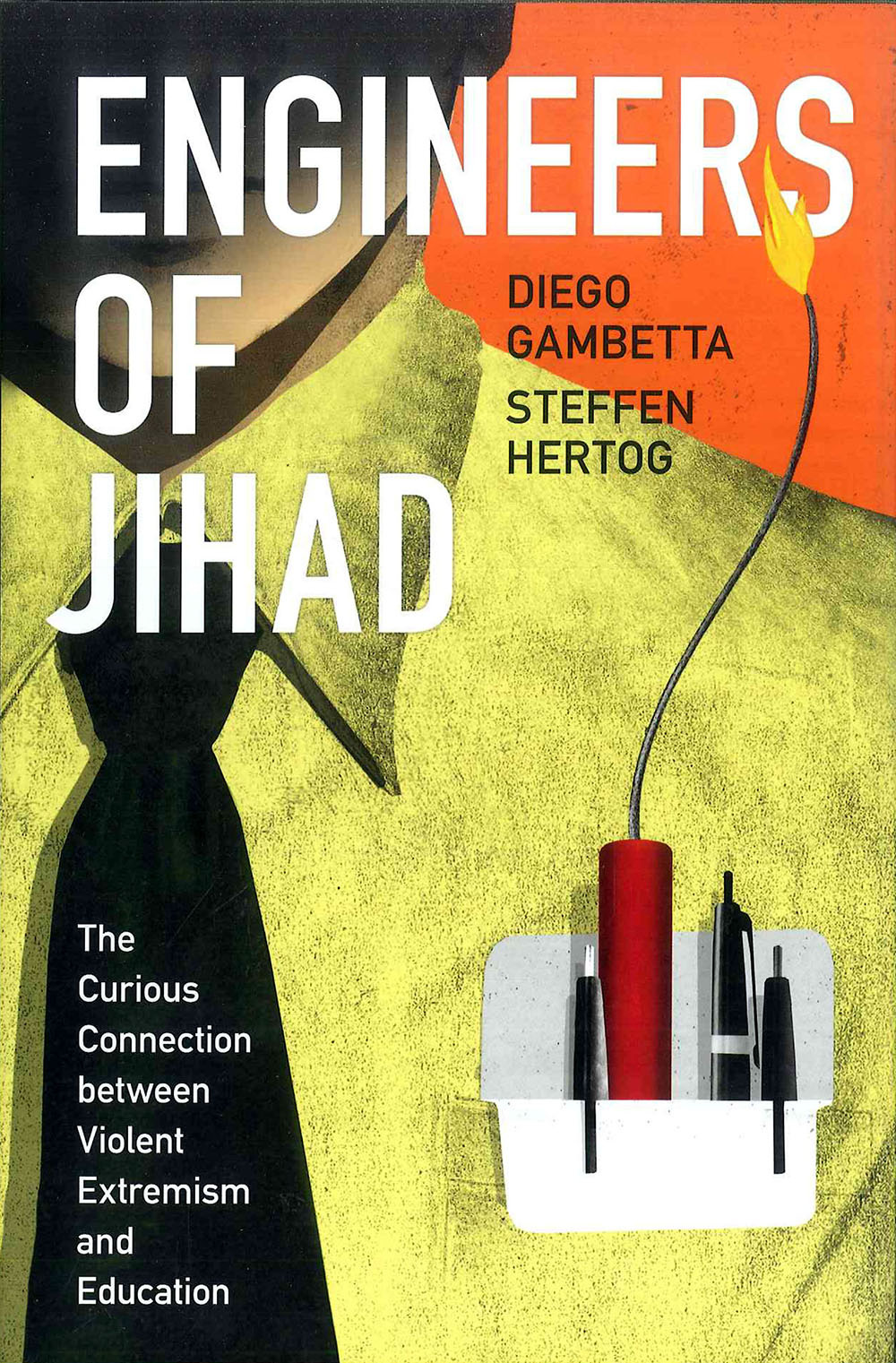