The Power Triangle: Military, Security, and Politics in Regime Change

The book is built upon a re-examination of regimes; counter to the argument that regimes have long been assumed to be stable, they are in fact “inherently volatile” (p. 1). Their volatility is suggested to be a result of a continuous power struggle between the administrative and coercive apparatuses of the state (p. 9). The book accordingly suggests that the administrative and coercive bodies (military, security and political institutions) compete for control over the regime, and are thus involved in a restless power struggle for changing its direction and pace. Having drawn from Bourdieu’s realistic approach to power – which suggests that struggle and conflict are at the hearth of social (thus political) life and that this is the result of power relations ‘played out’ by institutions (rather than individuals) (p. 3) – the book presents an inquiry on how regimes are shaped and reshaped through the cooperation and collusion of military, security and political state institutions as bodies with keen interests in building domination over one another, “maximizing influence over society” and “determining the regime” (p. 7).

The Power Triangle offers a model explicating the functioning of a triangular power struggle between military, security and political apparatuses for regime change. The model defines the relation between these institutions as a ‘power relation’ (rather than a hierarchical one), in which the balance of power constantly shifts, as does the character of the regime (p. 12). To the author, these institutions are independent bodies with ‘distinct corporate interests’ (p. 10), although they depend on each other for legitimacy and existence (p. 11). The result is a continuous and dynamic tension.

This triangular power struggle and its implications for regime change are empirically examined within the book in the cases of Iran (pp. 31-135), Turkey (pp. 137-227), and Egypt (pp. 229-361). The author presents these cases as distinct examples, each of which exemplify the dominance of a different power block within the power triangle. Accordingly, Iran is considered as the example of political hegemony over coercion bodies, while Turkey is argued to demonstrate military guardianship and domination over politics, and Egypt is presented as a ‘perfect example’ of a police state.

The Power Triangle has received praise and endorsement from several academics, including Michael Mann, for being “persuasive,” “original,” and even “the best political sociology read in years.” Professor Charles Tripp notes the volume for presenting “forensic skills and informed theoretical grounding” for its analysis of regime dynamics and in providing different trajectories developed out of the coups.

In my critical reading of the manuscript (with an extra attention to the Turkish case), it is seen that the book offers a relatively consistent account of, for instance, regime change in Turkish political history; yet the power triangle model fails to account for explaining the contemporary regime change in Turkey. The contemporary regime dynamics in the country, accordingly, presents an opposite character to what the author claims Turkey is experiencing. To the author the Turkish case was an example of a ‘military guardianship’ (p. 12), yet the contemporary character would rather suggest a political hegemony that built dominance over military and security blocks; something the model fails to grasp and therefore consequential for the case choices the author made.

The Turkish case has further problems. Although the author claims to have conducted interviews and collected primary data, for instance, in Istanbul (p. 21); in reporting the findings the author does not use a single archival material of any kind despite claiming to be providing a historical account. The only primary data the author uses within the text1 were collected from Hakan Yılmaz (in İstanbul) and Hakan Yavuz (in San Diego) via interviews in 2009 and 2010 respectively. Yet, these two prominent scholars of Turkish politics have no known involvement in military, security and political power politics in Turkey –therefore on what basis the observations they shared came to be treated as primary data is a mystery. Therefore, most of the time, the author relied merely on secondary sources and even in that case did a poor literature research and left out, among other things, the historical sociological accounts, for instance, of Tim Jacoby, who applied
again Michael Mann’s power relations approach to explain the historical evolution of regime dynamics in Turkey. The manuscript then, at least in the case study of Turkey, stands as a superficial review of the political history of civil-military relations in Turkish politics.

The author persistently claims in several place within the manuscript that ‘the military guardianship in Turkey [had] no interest in direct governance’ (p. 12), and thus ‘returned to barracks’ after coups, thus maintaining its separateness from political institutions (p. 180). This claim clearly ignores the fact that although the military subjects and troops returned to their barracks after re-establishing public order, they left general staff as the presidents of the country and generals as Prime Ministers, ministers, senators or MPs, political party leaders, members of the boards of directors of several state and private banks and of state institutions such as higher education, the judiciary, and even radio television supreme council. So, the military installed its members, and through them, its control and ideology over both the institutional and public spheres. The so-called distinction between military, security and political institutions therefore became an illusion most of the time. Against the author’s claims about institutional independence, the military secured the formulation of a unitary interest and objective for every single edge of the so-called power triangle. The ‘white coup,’ as the author brands the February 28 coup, was a clear indicator of this control and unitary reflexion.

The model the author formulated also fails to recognize the role of ideology in power politics during regime change. Having defined institutions as rational, self-interested, and power maximizing, the author claims that
“[i]n contrast to the common belief that the military has always intervened in Turkish politics in defense of Kemalism… a close historical analysis reveals that whenever the military acted, it did so mainly to defend its autonomy or the state’s national security (as defined by the high command)” (p. 220). It is, in fact, not clear on what basis and through which primary sources the author conducted such ‘a close historical analysis’ thus refuting the ideology’s causal determinacy; the February 28 coup example demonstrates that it was the inherent secularist Kemalist bias of the military that led it to plot the coup in 1997, and that this ideology defined the ground upon which the military legitimized its involvement. The ideology here, moreover, unified the interests of the arguablyconflicting political, military, and security institutions.

Within the conceptual framework of his analysis, the author argues in explaining why they are the institutions (other than individuals) involved in power relations that, “with increasing institutionalization and professionalization, state officials shift from representing the interests of their original social group to safeguarding the state organization to which they now belong” (p. 8). The July 15 failed coup attempt in the country in 2016 and the proven links between the Gülen movement and the coup plotters certainly proves this assumption wrong. So, at least in the Turkish case, against what the author argues, groupings within the society are echoed in institutions, and therefore institutions cannot be qualified as independent power maximizers working to gain the upper hand in the power triangle –there are other actors involved in the power struggle.

As a final point to make, embracing a positivist (philosophical realist) account of power relations made the author rule out the meanings attached to history and regimes by the institutions (and their renegotiation), thus rendering the efforts of institutions to negotiate valid and legitimate roles for themselves and meanings for their actions and interests invisible. This is the case, albeit the author’s frequent reference to Foucault in explaining what power is and how it functions (pp. 2-7). 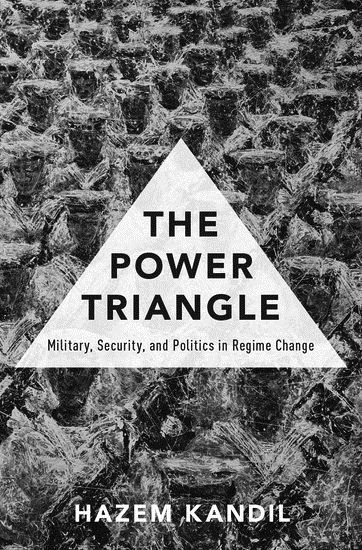