After Yugoslavia: Identities and Politics Within the Successor States

Yugoslavia was established after World War I as the Serbian-Croatian-Slovenian Kingdom. Although the name of the newly-founded state bore the names of Croatians and Slovenians, the administration until World War II remained primarily under Serbian rule. Even the change of the country's name in 1929 to Yugoslavia (the Land of the Southern Slavs) did not mean that Serbian rule had ended. The country was invaded by the Axis powers in World War II. During those years, the pro-Axis Ustasa Croatian state was formed in Bosnia-Herzegovina and Croatia.

Yugoslavia was established after World War I as the Serbian-Croatian-Slovenian Kingdom. Although the name of the newly-founded state bore the names of Croatians and Slovenians, the administration until World War II remained primarily under Serbian rule. Even the change of the country's name in 1929 to Yugoslavia (the Land of the Southern Slavs) did not mean that Serbian rule had ended. The country was invaded by the Axis powers in World War II. During those years, the pro-Axis Ustasa Croatian state was formed in Bosnia-Herzegovina and Croatia. During the war, Cetniks and Communist Partisans fought not only each other but also the invaders and the Ustasa state. The winner of the confrontation that claimed the lives of more than a million people during the war was the Partisans, and 1946 witnessed the establishment of the Socialist Yugoslavia under the lead of Josip Broz Tito.

Being a Communist leader, Tito, in the first years of his rule, saw the USSR as a model. The Yugoslavian Constitution of 1946 was drafted with inspiration from the Soviet Constitution of 1936. After 1951, however, Tito's relationship with the Soviets deteriorated. Still, the communist practices and the centralist model were retained. The model Tito had formed was based on a federation that consisted of six federal states and two autonomous regions. Tito's rule continued until 1980. It was a period in which Yugoslavia had seen its most peaceful times since the Ottoman Empire. In the post-Tito era, Yugoslavia began to march towards fragmentation. The Serbian-Croatian war that broke out in July 1991 upon the simultaneous independence declarations of Croatia and Slovenia continued until January 1992. In the meantime, Macedonia declared independence in November 1991. Upon Bosnia–Herzegovina’s declaration of independence in the spring of 1992, Serbia and, to a certain degree, Croatia—along with the local people—fought in the war in Bosnia. A ceasefire was finally achieved with the Dayton Peace Treaty after three and a half years.

Milosevic’s military offensive against Kosovo in the spring of 1999 and the NATO intervention that followed increased the likelihood of the independence of the autonomous region, and Kosovo declared its independence on November 17, 2008, following an eight-year temporary UN/EU rule. Meanwhile, Serbia and Montenegro, which had been left as the remnants of Yugoslavia, were peacefully divided in 2006. The six federal republics and the Kosovo autonomous region that once had formed Yugoslavia now become independent states.

The book After Yugoslavia: Identities and Politics Within the Successor States, which was co-edited by Robert Hudson and Glenn Bowman, examines the issues of identity and ethnicity in the post-Yugoslav states. The book mainly analyzes the situation that emerged after the Dayton Peace Treaty in 1995, and identity problems from linguistic, religious, ethnic and sectarian differences as well as pro-hegemonic and separatist identities are examined. The book consists of 14 articles that study the problems of new states that are connected with other former Yugoslav states and their shared history. It does not seem possible to state that the individual articles carry a sense of entirety in themselves. Although the authors of the articles have put efforts into being neutral, their identities/nationalities inevitably cast their reflections on their point of views.

There is no doubt that the book, in its current condition, will make a contribution to the literature. That being said, it must also be acknowledged that the book fails to reflect on the actual situation in the post-Yugoslav environment. In the book, the problems of the post-Yugoslav republics are analyzed with rather a sociologic perspective. It must be stated that those who would review the book with an expectation of evaluation or analysis based on the international relations discipline will be disappointed. Let us take a brief look at the articles in the book.

In the study by Vojin Dimitrijevic, the problems caused by ethnic nationalism's organic roots in the constitutional base are covered. While some states, due to pressure from the EU, managed to undertake changes regarding this issue, others failed to realize such changes. After Milosevic's fall from power, Serbia was unable to make a constitutional change. In the next article, the status of Kosovo, which was an autonomous region under Serbia, is elaborated in terms of both the pre- and post-independence eras. It is argued that the case of Serbians who remained within the borders of Kosovo after 2008 bears resemblance to the state of Kosovo in Serbia in the pre-independence era. The author maintains that the division of the regions which are populated by Serbians and Albanians will not provide a solution because division will be a bad example for Macedonia and the Sancak, areas that are both ethnically complicated. The solution, according to the author, is a participatory democratic model with a broad recognition of minority rights. In the third article, it is questioned whether or not the resistance movement in Kosovo, which rejected violence, could be a model for countries and people in similar circumstances. Whether or not the stance of the Kosovo Democratic Union under the lead of Ibrahim Rugova bore any fruit is debated. Did the attacks by the Serbian regime and the emergence of the pro-violence groups setback the unarmed resistance? Or should today's Kosovo be viewed as an outcome of the struggle undertaken by Ibrahim Rugova? The author argues that Rugova had contributed to the process of independence in a positive way.

In the next two articles, the reflections of the Kosovo problem on Macedonia are studied. Partially irredentist tendencies of Albanians that constitute one quarter of the population in Macedonia, and the fact that the conflicts concern states in the region other than Albania, are elaborated in the article. In the sixth article college students' demonstrations are explained, and the next article deals with the problems seen in Bosnia regarding the compatibility of ethnicity with the citizenship that has its roots in the Dayton Treaty. In Irena Sumi's study identity problem in Slovenia are examined. Slovenian nationalism, the EU membership process, and the role of the church in Slovenian society are analyzed. In the study prepared by Slavko Gaber, it is suggested that Slovenia has managed to maintain a peaceful co-existence of moderate nationalism with the process of EU membership that requires a partial reduction in sovereign rights. It is also suggested in the article that this practice can be viewed as the roadmap for Serbia on its path to Brussels.

An example of the traumas caused by the processes of integration with international society and by nationalism, two experiences that have been seen from the 1990s to the present, is examined in the article "The Fear that Replaced Nationalism: Untamed Capitalism", prepared by Renata Salecl. In the study by John B. Allcock, it is questioned whether or not academics are capable of scrutinizing the Yugoslavia model and its practice without their identities and prejudices. In this context, the meaning of the war correspondents' phrase that "Truth is the first casualty of war" is questioned in connection with the academic life. The problems seen in the neutral examination of the theory and the practice Yugoslavia state are also covered.

After Yugoslavia is, despite its shortcomings, an important work. The book primarily serves the purpose of drawing attention to Balkan geography. In its current scope, the book seems to lack a sense of entirety, and fails to capture all of the ethnicity and identity problems in the region. A disorganization of the approaches and analyses of numerous authors, some which occasionally drift towards subjectivity, is in fact inevitable in most studies that involves editorship. At this point, one should see the glass half-full, instead of half-empty, and acknowledge that the book has been both a means and a pioneer for future original studies that will be undertaken in this field. 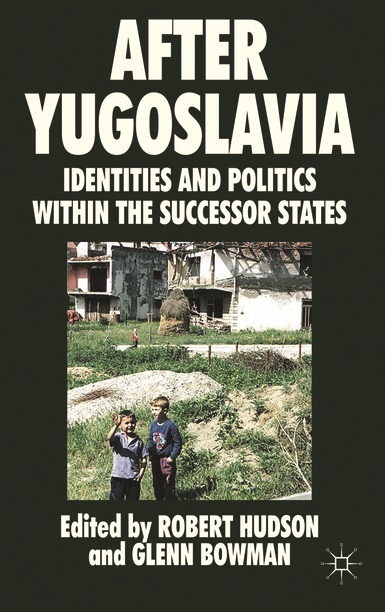