The Museum of Innocence

One of the most distinctive things about Orhan Pamuk’s writing is the playful way he tantalizes his readers by constantly blurring the boundaries between truth and fiction. By having his first-person narrators include many well-known aspects of the novelist’s own life in their tales, he keeps us guessing about which parts of the story actually happened and which are imaginary.

One of the most distinctive things about Orhan Pamuk’s writing is the playful way he tantalizes his readers by constantly blurring the boundaries between truth and fiction. By having his first-person narrators include many well-known aspects of the novelist’s own life in their tales, he keeps us guessing about which parts of the story actually happened and which are imaginary. When he published his first few novels, only people who were personally acquainted with the author or his family could participate in this guessing game. As he has become increasingly famous—and especially since the publication of his memoir Istanbul: Memories and the City—many more of his loyal readers have been drawn in. Not only have his parents, his brother, his grandmother, and even the family servants become familiar figures, but fictional characters from his early novels, such as the wealthy merchant Cevdet Bey and the newspaper columnist Celal Salik turn up with such regularity in later works that they have come to seem equally real. With The Museum of Innocence Pamuk has taken this game to another level. The cover of the novel features a photo of four people parked beside the Bosphorus in a 1956 Chevrolet just like the one described in the novel as belonging to the protagonist’s father; two of those people are easily recognizable as Pamuk’s parents. A note on the dust jacket attributes the photo to “Ahmet Isikci.” Attentive readers will remember Ahmet as the character personifying the young Orhan Pamuk in his first novel, Cevdet Bey and His Sons. Even weirder is the fact that beginning next summer, if all goes according to plan, you will actually be able to visit the museum supposedly created by Kemal Basmacı, the protagonist of The Museum of Innocence, as a monument to his lost love, Füsun Keskin. That museum will contain many mementoes of Orhan Pamuk’s own childhood and youth, such as his tricycle, as well as 4,213 cigarette butts allegedly smoked by Füsun, and many other, equally fascinating objects, such as the ceramic dog that once reposed on a doily on top of her parents’ television set. I’m sure you’ll agree that this is well worth the price of admission, but if you take your copy of The Museum of Innocence with you, you will get in free.

The Museum of Innocence is ostensibly a love story, but it is a very unconventional one, to say the least. Rather than portraying the relationship between the two lovers, it focuses on the transformation wrought in Kemal by his love for Füsun. Like most of Pamuk’s female characters, Füsun is onedimensional. That is because we see her only through the eyes of Kemal, and he doesn’t understand her at all. He himself acknowledges this when he states that “like most Turkish men of my world who entered into this predicament, I never paused to wonder what might be going on in the mind of the woman with whom I was madly in love, and what her dreams might be; I only fantasized about her” (p. 253). Some of the strangeness of The Museum of Innocence is due to the fact that it was to a large extent inspired by an equally bizarre love story, Nizami’s twelfth-century Persian romance Layla and Majnun. Nizami’s hero, Qays, became unhinged when separated from his beloved Layla, thus gaining the nickname “Majnun” (Madman). Majnun’s hopeless love purged him of egotism and worldly desires and transformed him into a great poet and ascetic. By the standards of his time and place, Pamuk’s Kemal also appears to have been driven mad by love. He falls head over heels in love with his impoverished distant relative, Füsun, who is twelve years his junior, but he cavalierly treats her with the same disrespect he has always shown toward women. When she breaks up with him and marries another man, Kemal breaks his engagement to his perfectly suitable fiancée, neglects his business, and during eight years spends most of his evenings with Füsun, her parents, and sometimes her husband as well. Additionally, he begins stealing and squirreling away objects Füsun has come in contact with, or that remind him of times he has spent with her; these will later constitute the nucleus of his museum, to which he devotes the last twenty years of his life.

The extreme suffering Kemal endures as a result of his separation from Füsun, and the guilt he feels for not having appreciated her as she deserved, sensitizes him to the plight of women in Turkey, which has one of the world’s highest rates of domestic violence. Before he fell in love with Füsun, Kemal and his wealthy friends had spent their evenings prowling Istanbul for “liberated” women who would fulfill their sexual fantasies, but on the rare occasions when they actually encountered such a woman, they despised her and made her life a living hell, while at the same time hypocritically demanding madonna-like standards of chastity from their wives and daughters. “Maddened” by love, Kemal now realizes that it is that kind of behavior, accepted as normal in his society, which is truly insane. Kemal’s mother sums up the situation very accurately when she advises him that “in a country where men and women can’t be together socially, where they can’t see each other or even have a conversation, there’s no such thing as love…By any chance do you know why? I’ll tell you: because the moment men see a woman showing some interest, they don’t even bother themselves with whether she’s good or wicked, beautiful or ugly—they just pounce on her like starving animals. This is simply their conditioning. And they think they’re in love! Can there be love in a place like this?” (450).

What is most remarkable about this novel, however, is that it manages to combine this somber view of Turkish sexual pathology with a deeply affectionate, Proustian longing to retrieve every minute detail of what life was like in the smaller, simpler Istanbul of Orhan Pamuk’s youth. In comparison with the complexity of life there today, that Istanbul seems “innocent” indeed. 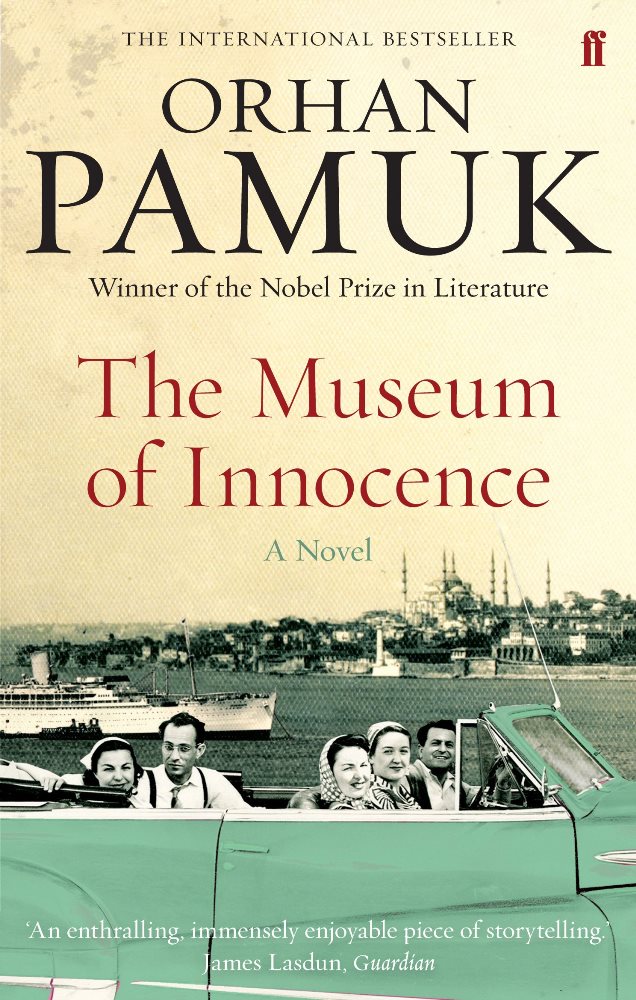