The book is built up around a simple argument: if there is a solution to the Israeli-Palestinian conflict, it is Gaza itself. Filiu argues that it is necessary to re-examine the history of Gaza to come up with a solution to the conflict in the future. While historically the Gaza Strip has been regarded as less important than the West Bank, since the latter was the motherland for the Palestinian struggle, Gaza in time, has become a knot to be untied. The accounts on Gaza need to be stripped from the violent daily political reality to build peace, and history presents a possibility.

The key question is what granted Gaza this central role? According to Filiu, Gaza, especially after 1948, has become a key constituent in the formation of the Palestinian National Movement. The reason for this is Gaza’s fundamental role in shaping the identity of the Palestinians. The harsh conditions imposed upon the Gazans for decades has raised their awareness of themselves, and contributed to their group and nation formation. For that reason, it seems difficult to achieve sustainable peace in the region without taking into consideration the vessels that keep the reality of Gaza alive.

Writing a history of Gaza has its difficulties. It is a challenge to reach the archives due to the conflictual environment, and significant parts of these archives have been destroyed in the course of the conflict. One of the strengths of Filiu’s work is his use of personal interviews, which enable him to fill in the gaps resulting from the loss of archival materials. Although the actual number of interviews is low, the author was able to collect unpublished documents with the help of these personal accounts.

Filiu’s approach to writing the history of Gaza is to divide it into three generations, following the period after 1948. This decision places the human experience in the epicenter of the narrative. “The Generation of Mourning,” (p. 55) which lived between 1947 and 1967, witnessed the ‘catastrophe.’ UN Resolution 181, which was passed in November 1947, failed soon after to establish the agreed partition, resulting in a chaotic period of fierce fighting. The multilateral war that began the same year led to the declaration of Israel’s foundation, causing the deaths of thousands of people and the exodus of even greater numbers of Palestinians. The conflict of interests between the Arab states, Egypt and Jordan, and the lack of coordination between the Palestinian militia, led to the decisive victory of the Jewish militia and forced thousands of Palestinians to flee to Gaza, causing the population to triple by late 1948. The Palestinians named the day Israel was founded as nakba, or ‘the catastrophe,’ referring to the “paroxysm of collective trauma” (p. 71) they faced during and after the First Arab-Israeli War. The trauma continued in the following decades due to the turbulent relations between Egypt, Israel, other regional actors and far-interveners such as the U.S., Great Britain and France.

“The Generation of Dispossession,” (p. 127) centered between 1967 and 1987, covers the two decades of the Gaza Strip under Israeli occupation. The increased Palestinian population was perceived as a threat to the Israeli state. From the late 1950s, different opposition factions –Islamist, nationalist, socialist– emerged in Gaza. However, during the Israeli offensives in the Four Years Wars, they were largely eliminated. The besieging of Gaza caused people to flee, mostly to Jordan. In order to further reduce the population in the Gaza Strip, Israel at first implemented an open-door policy, assuming that people would leave the strip and move to the West Bank, the refugee camps in Jordan, or even to Iraq. The Israeli forces increased their violence in the refugee camps surrounding the Gaza Strip to depopulate the camps and cut the resistance movement’s recruiting sources. However, the initiative to depopulate Gaza and the camps brought the Gazans living in the towns and camps together, strengthening their solidarity.

According to the UN, by 1987 the population of Gaza was around 650 thousand, 59 per-cent of whom were under nineteen years old. This meant that more than half of the population consisted of youth who were raised in Gaza under Israel’s iron fist. Filiu describes the disappointed young generation of Palestinians produced by the intense conditions of the occupation as “the Generation of the Intifadas” (p. 197). In December 1987, the first intifada began. For a short period of time, all of the Palestinian organizations, despite their differences and conflictual past, came to a consensus on embarking an unarmed struggle against occupying Israeli forces. This consensus on unarmed struggle against the Israeli forces was perhaps the outcome of the search for a legitimate response. Nonetheless, the age of intifadas was “a period of collective violence against the Palestinian people” (p. 221).

The concluding chapter speculates on the possibility of a solution to the Gaza question, and touches on the nature of relations between the nationalist and Islamist ideologies in today’s Palestine. In order for the generation after the 2000s not to be a generation of impasse, Filiu proposes three foundational steps: opening the Gaza Strip to the world, developing its economy, and, depending on the success of these two initial steps, demilitarizing Palestinian society. The restraints imposed upon the strip by geography is among the focal reasons for the increasing population in Gaza. The strip is surrounded by the Sinai Dessert, the Mediterranean Sea and Israeli settlements. The population cannot be dispersed without an opening policy. Economic integration is a must for the wellbeing of Gazans, and a key element in building peace. Demilitarizing could only be the outcome of a healthy management of population and economics.

The author’s proposal for a solution contradicts classical approaches to conflict resolution. Gaza is one of the most densely populated areas in the world and Israel sees this large population as an existential threat to itself. While dispersing the crowd could decrease the intensity of the conflict, it should be kept in mind that peace is a collective action which requires dedication on all sides. Israel’s policy of using violence to disperse the population in towns and refugee camps has only increased the grievances of the Palestinians. In this sense, an open-door policy might decrease the pressure in the region. Economic integrity is a must, as mentioned, yet it does not guarantee positive peace, a state in which not only is violence absent, but relations between the conflicting parties are restored. There are many other factors –most prominently psychosocial factors– to be considered thoroughly. Finally, demilitarizing is a two-way process. While depoliticizing is an important step in reconciling the societies, demilitarizing is a further step that cannot be initiated without inspiring grounds. It should be kept in mind that while Filiu’s proposals might contribute to solving the conflict, it might contribute to Israel’s ‘maximum lands, minimum Arabs’ policy as well.

Gaza: A History is well-researched, detailed, and therefore hard-to-read. Filiu’s approach lays the foundations for a solution of the Palestinian-Israeli conflict. Filiu makes a convincing case; Gaza has been of strategic importance for states throughout history, and it still holds that position. Filiu’s argument to locate Gaza at the center of Palestinian history has merit. In relation to its geostrategic prominence and the conditions of the occupation, Gaza has had an influential significance in Palestinian identity formation. Indeed, it is not possible to understand the Hamas’ formation and its relations with other Palestinian political groups without looking into the historical developments in the Gaza Strip. Making sense of the current situation is closely related to making sense of Gaza’s history. Let us repeat then, if there’s a solution to the Israeli-Palestinian conflict, it is Gaza itself. 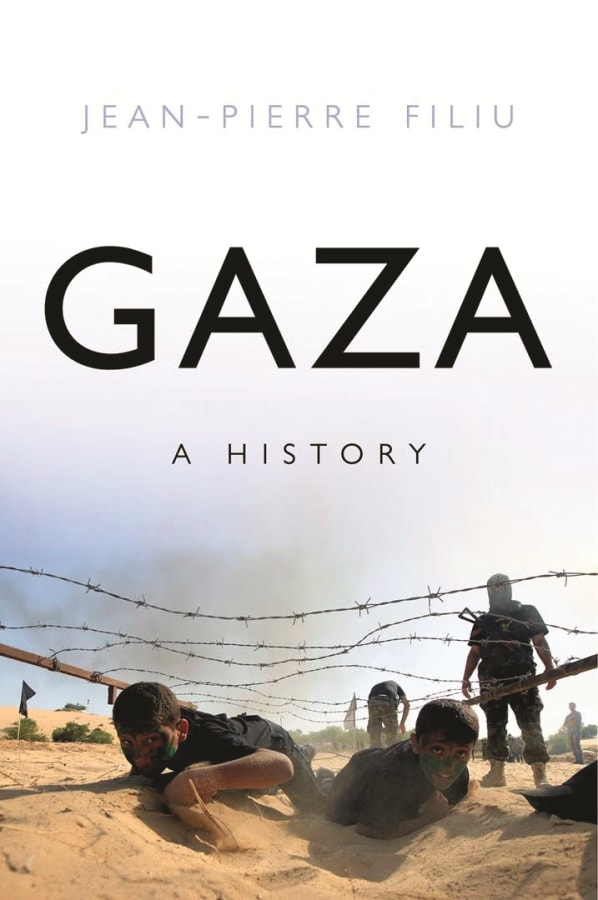 Was Huntington Right? Revisiting the Clash of Civilizations