Socrates’ pupil Chaerephon once asked an oracle “who is the wisest of all men?” The oracle responded that Socrates is the wisest of all because of his self-awareness. According to philosophers from Socrates to Montaigne, Spinoza, Kant, true wisdom and full knowledge may be a utopian fantasy.

Socrates’ pupil Chaerephon once asked an oracle “who is the wisest of all men?” The oracle responded that Socrates is the wisest of all because of his self-awareness. According to philosophers from Socrates to Montaigne, Spinoza, Kant, true wisdom and full knowledge may be a utopian fantasy. In a world of uncertainty where mistakes are unavoidable facts of daily life for citizens and politicians alike, how politicians will be able to avoid foreign policy mistakes is the main concern of this book. There are some other questions of crucial importance which the book deals with: What are foreign policy mistakes and how and why do they occur? The answers to those questions are available in this book and it concentrates on the concept of power.

Regarding the concept of power, the main question is “kto-kovo?” (Lenin’s famous question, “who controls whom?”) The answers to the question “what are foreign policy mistakes?” and conceptualizing foreign policy mistakes are quite blurry and complicated. There may be lots of different kinds of mistakes, such as violating moral rules, lack of cognitive judgment, and policies costing too much and having unanticipated and undesirable results. The mistakes can be classified as omission (too little/too late) and commission (too much/too soon). For example, mistakes of omission are evident in the British policies towards Germany which failed to deter Germany’s occupation of Sudetenland in 1938 and to reassure the Russians that they would negotiate an alliance against Germany. This failure of the British decision makers led to a non-aggression pact between Stalin and Hitler in 1939.The Katyn Forest massacre exemplifies best how Soviet Russia misperceived the gains in cooperating with Germany in the removal of Poland from the map of Europe because according to the authors, the Soviet decision to execute Polish POWs and bury them in the Katyn Forest is a foreign policy decision that falls into three domain; morality, intelligence and policy. It was a violation of international law, based on a diagnostic judgement blinded by ignorance of the future and by communist ideology, which led to a prescription for a policy action that alienated future allies.This, at the same time illustrates the mistake of commission (too much/too soon) and moral failure. Foreign policy choices are not only concerned with rational choices, but, as Axelrod and Jarwis clearly defined it, they also stem from some sources of mistakes such as subjective cognitive maps, heuristics, attribution errors, desires to maintain cognitive consistency and avoid cognitive dissonance, selective attention, and other emotional or cold cognitive biases. Khong explains why human beings are “creatures with limited cognitive capacities” by emphasizing that leaders, like every human, tend to turn to historical analogies for guidance when confronted with novel foreign policy challenges. However the issue is that the result is often a foreign policy mistake since this only helps the leaders “access analogies on the basis of surface similarities”.

The minimal standard for diagnosing mistakes is whether a decision is a rational choice, “a choice that leads to a preferred outcome, based on a player’s goals” (Brams, p. 226). This footnote exists in the book. There are some theoretical solutions that help actors minimize policy mistakes. If those theories are vacuous, they can be subsumed collectively under the principle of disjointed incrementalism. The myopic strategy of disjointed incrementalism is to make relatively small reversible moves away from the status quo under the condition of low information about the consequences and costs of a decision. The TOM (theory of moves), a sequential game theory, is another theory which was employed to model the implications of “kto-kovo?” It can answer the “how” questions of detecting, fixing and avoiding foreign policy mistakes. The US’s decisions in the Vietnam and Iraq conflicts help us understand whether US leaders followed the rules of rationality in choosing cooperation or conflict as strategies in each conflict. In each case, one can find both similarities and differences. For example, in the Vietnam case, Washington advocated a two-track approach in which the United States and North Vietnam would negotiate a staged withdrawal of external forces while the contending forces in South Vietnam would work out a political agreement. However, North Vietnam’s approach was totally different and called for a one-track negotiations strategy linking a cease fire and troop withdrawals to the replacement of the Saigon regime with a coalition government that included the National Liberation Front of Forces opposed to the South Vietnamese government. After three and a half years of diplomatic struggle, the US position shifted in an attempt to break the diplomatic deadlock and proposed a cease fire. Here the issue was that while the bilateral power distribution between the United States and North Vietnam was asymmetrical, it was symmetrical at the local level between existing US and North Vietnamese forces inside South Vietnam. When it comes to the Iraqi case, Washington shifted from an enemy-centered strategy in 2003-2006 to a population-centered strategy in 2007-2009 known as the surge. The strategic objective was on gaining friends and allies rather than on fighting enemies. “Gaining friends” instead of “killing enemies” can be explained as a relative success of both US strategies in both cases. The remedies to the procedural errors of diagnosis or prescription in answering the power politics question “kto-kovo?” can be summarized as follows: moral/ethical solution, generic design solutions, actor specific solutions, and theoretical solutions. Besides there are ten precepts for avoiding and fixing foreign policy mistakes; however, the fitness criteria of rationality that govern these rules are that a foreign policy must keep the people of the United States secure while not threatening the security of the others. 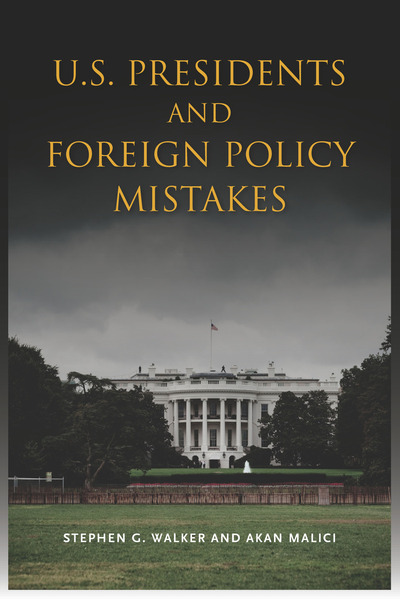