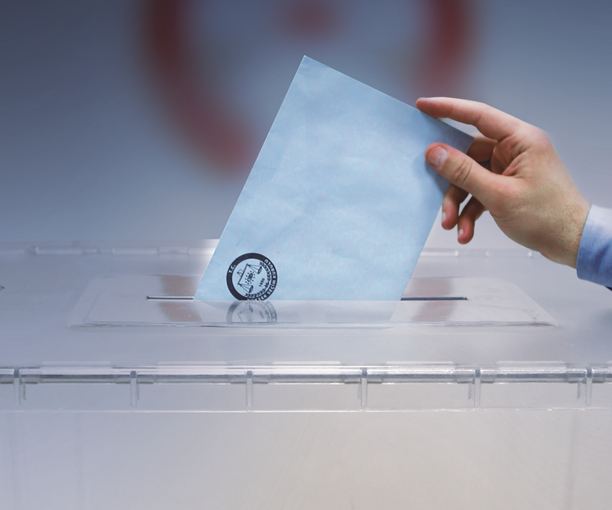 Fair and transparent elections provide an opportunity for citizens to continue or discontinue with the incumbent administrations and political parties. Elections are also moments for the renewal of confidence or expressing popular discontent with the ruling political authority. In modern democracies, it is only through elections and political participation that governments change and political transition takes place. Therefore, established democracies and countries, which aspire for democratic representation, invest in elections and political participation as the main sources of legitimacy. It is on the basis of such legitimacy that political parties and governments can effectively function in modern nation-states. It is primarily for this reason that whenever there is discontent and search for alternative political representation, elections provide the opposition groups and parties with the opportunity to challenge the ruling political parties and governments. Since elections are considered to be the only legitimate way and method of changing governments, a lot is expected from electoral procedures and election results. This has been acutely reflected in several countries where political transition has been a painful and complicated process. Yet, election results do not always deliver what is expected, as far as democratic politics is concerned. Iraq, Egypt, and Ukraine illustrate how elections do not necessarily bring about further democratization or stability. Against this background, elections can result in the reaffirmation of confidence and re-approval of current administrations. The elections of March 30th in Turkey, though they were for local government and municipal elections, resulted in reaffirming significant support for the ruling Justice and Development Party (AK Party), which has emerged as the dominant political party in consecutive elections since coming to power in 2002.

The elections of March 30th took place amid controversies and accusations surrounding the AK Party politics and its leadership. The Gezi Park protests that started in Taksim in Istanbul over an urban planning project in May/June of 2013 spread across the country and created a wide public debate on political discourse and practice. The participants of the Gezi protests accused the AK Party government of becoming authoritarian. Immediately, the opposition parties capitalized on the grievances of the demonstrators to advance their own political agendas. In the meantime, the AK Party leaders and party supporters seemed to stay the course, arguing that the democratization reforms and the peace process on the Kurdish question should not be interrupted.

In addition to the accusation of authoritarianism, serious corruption allegations involving four government ministers hit the headlines on December 17th 2014. Although the AK Party has been in power since 2002, these were the first corruption allegations on such a scale to be leveled against the government before the local elections, turning a media scandal into an existential battle for the Erdoğan government.

This special issue of Insight Turkey on elections in Turkey includes high caliber commentaries and cutting edge research articles intended to untangle and analyze the elections of March 30th within the Gezi Protests and December 17th Operations context. For many elections are seen through the lens of general elections and as a vote of confidence for the AK Party. In this context, İbrahim Dalmış provides a trajectory and history of elections in Turkey by focusing on the ideological nature and voting behavior of the electorate. Ali Çarkoğlu analyzes the local election results and makes insightful predictions for the upcoming presidential elections in July 2014 and general elections in 2015. E. Fuat Keyman explains why the AK Party succeeded and opposition parties were not able to mobilize the electorate behind them. He not only argues that the AK Party is becoming a dominant party in Turkish politics but also underlines that a polarization is taking root in society. Hatem Ete focuses on the development of identity politics as becoming the mainstream political instrument of ideological positioning. Any issue of Turkish domestics politics without an analysis of the main opposition party, The Republican People’s Party (CHP), would be incomplete. Thus, Mustafa Altınoğlu addresses the electoral campaign, language, discourse, and performance of the CHP in the March 30th elections. Osman Can and Taha Özhan, on the other hand, provide the overall context of the political climate in which political competition continues in Turkey. In this issue of Insight Turkey, there are also insightful contributions on foreign policy issues such as Turkey-Japanese relations, the Syrian crisis, the Crimean question, and Turkey’s South Caucasus policy.