The international community faces a series of serious challenges, which need to be urgently addressed otherwise the ongoing conflicts will become entrenched and will have increasingly dire spillover effects on the region and globally. 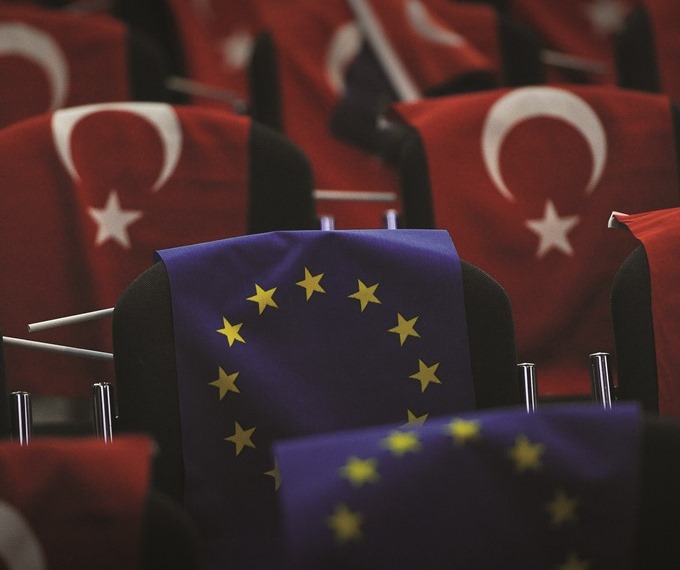 The international community faces a series of serious challenges, which need to be urgently addressed otherwise the ongoing conflicts will become entrenched and will have increasingly dire spillover effects on the region and globally. The crises in Iraq, Syria, Libya, and Ukraine are at the top of the agenda of world leaders. However, there seems to be a lack of consensus and commitment to engage in these conflict marred countries to achieve a sustainable solution that will stabilize the region and satisfy all actors involved.

It seems that the leading powers are in a dilemma, reflecting the paradoxes of the global security architecture and the current international balance of power. As the interventions in Afghanistan and Iraq have demonstrated, such actions may lead to human tragedy and political disintegration, resulting in a long lasting catastrophe. However, avoiding intervention, even in the mild form of supporting legitimate claims of the opposition in Syria, has lead to not only serious damage to the social fabric of the country but to a protracted civil war. In turn, this has produced a fertile ground for the emergence of extremist groups and organizations, such as ISIS. Unless the root causes are addressed head on, any action to defeat these groups will be met with limited and short-term success. Political stability by the establishment of legitimate governments and administrations are the key to resolving these political and military conflicts. The international community, which appears to be trying to establish a core alliance to fight ISIS and similar groups under the leadership of the US, should take this reality very seriously.

Turkey’s position and its relations in the context of regional developments became even more critical after the presidential elections of August 10, 2014. This is the first direct election of a president in Turkey. So, while Recep Tayyip Erdoğan is the new President of Turkey, Ahmet Davutoğlu, the architect of Turkey’s more pro-active foreign policy was elected as the Chairman of the ruling Justice and Development Party and has been appointed as the new Prime Minister of Turkey. He is now not only in charge of foreign policy but he is also responsible for preparing his party for the 2015 general elections. Davutoğlu’s term in office will be a period of “tests” in many respects.

Whether Turkey’s foreign policy direction will remain the same or whether new options will be considered greatly depends on what happens regionally. Turkish foreign policy is heavily oriented towards humanitarian aid, economic and political integration, negotiation and conflict resolution as well as mobilizing the international community to respond to the people of the region’s legitimate demands for democratization. As the new President and new Prime Minister have both already underlined, Turkey will mainly pursue a policy aiming at regional stability in cooperation with local and international actors. As such, Turkey established closer contact with the KRG and stated its readiness to assist the new Iraqi government under Haidar al-Abadi.

The new issue of Insight Turkey focuses on Turkish foreign policy perspectives and options as well as other regional developments such as the Russian policy towards Ukraine, the Iranian nuclear issue, and the recent elections in Iraq. In the Commentary section, Ertan Aydın analyzes the results of the presidential elections and argues that Turkey has matured politically though there are still challenges ahead. Malik Mufti touches on a contested topic both in Turkey and beyond, which revolves around the perception of Turkish foreign policy options in the Arab world. He concludes that there is no monolith and fixed reaction towards Turkey’s regional reengagement. Murat Yeşiltaş looks at the critiques of Turkish foreign policy centered upon the Islamist ideology, geopolitical codes, and the lack of capacity in foreign policy. Erhan İçener and David Phinnemore analyze the reasons for the frustration and pessimism regarding Turkey – EU relations. Ian Morrison’s critical contribution focuses on crisis and governance of religious pluralism in Europe.

Articles in this issue are products of long-term research and critical thinking. Joerg Baudner and Zuhal Mert Uzuner, in their contributions, evaluate Turkey’s foreign policy on practical and discursive levels; Baudner reflects on the main changes in Turkey’s positions with special reference to regional policies; Uzuner demonstrates that Turkey promotes a global consensus based on cosmopolitanism and multilateralism; and Nurullah Ardıç skillfully provides a discourse analysis on the concept of civilization arguing that this concept has increasingly been employed in Turkish foreign policy.

We hope that you will enjoy reading the current issue.