Migration and settlement of Turks and Muslims in Europe since the 1960s irrevocably changed the social, cultural, religious and demographic landscape of European societies by transforming them into ethnically more heterogeneous and diverse political communities. 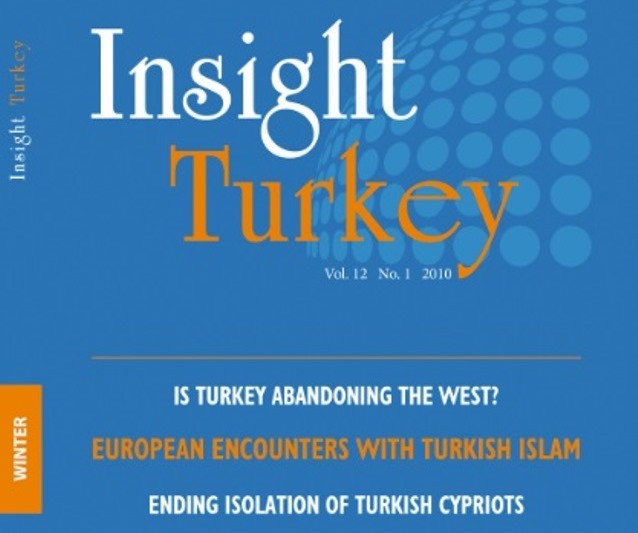 Migration and settlement of Turks and Muslims in Europe since the 1960s irrevocably changed the social, cultural, religious and demographic landscape of European societies by transforming them into ethnically more heterogeneous and diverse political communities. It is estimated that Muslims currently constitute approximately 5.2 per cent of Europe’s total inhabitants, which is home to 38 million Muslims.1 Of these, 13 million live within the European Union, but they are spread out over the continent. There are about 4.5 million Muslims in France, Germany hosts almost 4 million Muslims, and the United Kingdom is home to 1.6 million Muslims. Italy, the Netherlands and Spain each have just over half a million Muslims, while smaller countries such as Austria, Sweden and Belgium have less than half a million. Turks constitute the largest Muslim immigrant community in Europe with an estimated number of 4.6 million.2

Presence of large numbers of Turks and Muslims in Europe poses numerous challenges to European societies, such as immigration, citizenship, integration, political participation and representation, access to equal opportunities, acceptance of diversity, peaceful co-existence, and rising Islamophobia. These issues are further complicated by Europe’s growing multicultural environments. European countries responded to these challenges differently drawing on their history, state formation, political culture and social structures. Although a number of policies were introduced in the past to manage the presence of Turkish and Muslim communities, informed by a variety of political discourses and approaches, ranging from liberal to conservative, from multiculturalist to assimilationist ones, there seems to be no large scale success story concerning the integration of these groups into mainstream European societies. This failure stems from a political and sociological blindness, which views Muslims as a unified and static group despite their rich internal diversity and strategies of adaptation to European civil culture. Muslims in Europe have attempted to  engage in re-configurations of their collective identity.

Although Europe has opened its arms to Muslims and largely allowed them to become citizens and settle, reports by the European Union Monitoring Centre on Racism and Xenophobia, European Network Against Racism and Equality and the Runnymede Trust all demonstrate that there is widespread Islamophobia in Europe. This is a reflection that European politicians, media and the public have less successfully opened their hearts and minds to Muslims and their culture.

Since September 11, 2001, a “culturalist” trend emerged in Europe, which has perpetuated negative stereotypes and sweeping generalizations about Muslims leading to the essentialization and securitization of Islam and to discrimination and acts of violence against Muslims. Several reports confirm that Turks and Muslims in Europe face various problems. For example, 69 per cent of the Turks in Belgium, 61 per cent in the Netherlands, and 58 per cent in Denmark are of the opinion that discrimination on ethnic grounds is very or fairly widespread, and those in Belgium (71 per cent) and the Netherlands (61 per cent) are the most concerned about discrimination on the grounds of religion or belief. About half of the Turks in Germany and Denmark (48 per cent, 52 per cent respectively) and one third in Austria (29 per cent) think that discrimination on the grounds of religion or belief is very or fairly widespread.3

Following a referendum on November 29, 2009 in which 57.5 per cent of Swiss voters voted to ban the building of new minarets in the country, Switzerland became the first country in Europe to curb the religious practices of Muslims. In fact, this referendum took place following heated debates when a Turkish-Muslim Association in the town of Wangen in Soleure applied to build a minaret to their mescit (place of worship) in 2006. The referendum results call for a comprehensive reading and re-thinking of Turkish and Muslim migration to Europe because what happened in Switzerland is a reflection of broader issues concerning the presence of Turks and Muslims in the heart of secular Europe. This special issue provides a cutting-edge analysis by going beyond common place discussions and addressing fundamental societal and political questions, such as citizenship, identity, integration, political participation, and Islamophobia. Because modern Europeans can no longer ignore the role Muslim immigrants play in their multicultural societies.