East-West Migration in the European Union

Migration flows towards Europe, in other words, the migration crisis is a very delicate problem in Europe due to its important political, economic and social consequences for the future of the European countries.

Migration flows towards Europe, in other words, the migration crisis is a very delicate problem in Europe due to its important political, economic and social consequences for the future of the European countries. This book addresses the challenges faced by the European Union member states, which have already been deeply affected by dense migration flows. For Europe, actually there are two sides of the medallion when it comes to migration. On the one hand, Europe needs inexpensive migrant labor to support sustainable economic activity. On the other hand, Europe will reach its limits in the near future, and is already facing the institutional, economic and social challenges of the migration flows.

This book analyzes East-West migration in the European Union, which has been a hotly-debated topic for years. However, the novelty is that it offers an Eastern European perspective regarding migration. In every chapter of the book, there is an emphasis on the economic aspect of migration. Literally, every chapter reveals the importance of migration inside Europe in terms of economic development. Migration from East to West is indispensable in terms of the continuity of economic activities for Western, developed states, because migrants mean cheap labor force for the market. However, emigration from the Eastern European states has irreversible negative effects in the long term although it has positive effects in the short term. This is the novelty of this book; firstly, it addresses the impact of immigration with a focus on the immigrant receiving countries from a Western-European perspective and then, secondly, it analyzes the consequences of emigration with a focus on the emigrant-sending countries from an Eastern-European perspective.

The first chapter “Risk Management of the East-West Migration Phenomenon,” intends to compute the risk score for Europe in terms of migration magnitude and then tries to anticipate a model for risk management by taking into account the pull and push factors inside Europe. The chapter concludes that migration flow from East to West grows exponentially, thus, Europe’s carrying capacity for migrants will be reached in the near future. The reasons for migration growth must be identified and precautions should be taken to limit this growth (p. 6).

Chapter two, “A Gravity Model of East-West European Migration,” provides a proof in a quantitative manner that “there is an attraction direction of inflows from East to West” (p. 21). Western EU countries like Germany and Great Britain are always destination countries for immigrants due to their socio-economic features such as higher levels of economic development and GDP per capita, lower unemployment rates, higher wages, and higher living standards. Chapter three analyzes the effects of the level of corruption on the economic growth of countries. It finds that corruption does not have an absolute negative effect on economic growth if some other independent variables are taken into account. This chapter seems to be a bit irrelevant when considered in relation to the common theme of the book.

Chapter four begins with an assumption that migration flow to EU countries in recent years has reached its limits. Due to the economic crisis and security challenges such as terrorist attacks in Belgium and France, the very principle of the European Union, i.e. freedom of movement inside the EU Schengen Area has been called into question. According to the author, instead of abolishing the Schengen Area, Frontex (the institution providing border management services to the EU) should be reformed and strengthened. The relationship between the EU members and Frontex should be strengthened and the EU members should collaborate more.

The next chapter explains the changing migration policies of the Turkish regime as an outcome of intense Syrian refugee flow. The author argues that “Turkey has realized its obligations both by improving its legislation and allocating generous resources for humanitarian assistance” (p. 130). In addition, Marinescu invites Western allies to be in solidarity with Turkey to share the burden of the Syrian refugees.

The subsequent chapters are about the effects of migration flows from East to West inside Europe. First, mobility inside Europe is encouraged due to its positive effects on decreasing unemployment rates and economic development. Second, it can be argued that the first statement can be realized only if migrants are fully integrated into the labor market. Germany and the UK have managed to integrate third country nationals into their economic activities because they already have a well-functioning economy. This situation is not applicable for Eastern European states such as Romania and Bulgaria because they have job insecurities and high unemployment rates even for their own nationals. Thus, these countries cannot handle the integration of immigrants. Consequently, immigration has a flourishing effect for the economies of the receiving countries only if they are already well-functioning economies. Therefore, developed economies are the main beneficiaries of migrant flows. They integrate migrants into their labor market, thus, unemployment rates decrease and earnings increase. Neither migrants themselves nor the sending countries have such positive economic outcomes as the receiving Western developed countries enjoy, although the votes for Brexit in the UK and the negative attitude against foreigners in Germany show that these countries have difficulties in the cultural integration of migrants.

When it comes to the sending countries, emigration has positive impacts because at least the emigration of young people reduces the unemployment rate. Nevertheless, emigration has negative consequences in the long run for the sending countries. The next chapter deals with the effects of emigration in terms of demography by addressing Romania. After Romania’s accession to the EU, Romanians started to emigrate to Western Europe for freedom and better living conditions. The people who emigrate are generally young people; thus, there is an ageing population in Romania now. In addition, the young people who emigrate are highly skilled and educated because of the selective attitudes of the receiving countries. This means “the loss of youth and the loss of qualified labor force” for the sending countries (p. 194). Starting in the 1990s, 15 percent of the Romanian population emigrated to other European countries, which is a serious loss for Romania. This means an ageing population, a rising dependent population, the loss of young and educated people, and the wasting of state expenditures for people who have emigrated. Furthermore, Romania is in a critical situation in terms of Research and Development. In 1990s, there were 150,000 researchers working in Romania while there are only 12,000 researchers right now (p. 225). The subsequent chapter questions the participation of students in Erasmus mobility programs as a leading cause for emigration. Interviews show that the students who participated in Erasmus and Work & Travel programs want to emigrate more than other students in Romania.

The second half of the book is dedicated to issues and cases that are specific to emigration countries. The sections after Chapter nine are written on the basis of Romania as an example of emigration countries. The causes of emigration and its consequences for Eastern European countries are addressed; thus, East-West Migration in the European Union is a special source for gaining an Eastern European perspective regarding migration. All in all, this book is a great source for those who are interested in migration inside Europe and its impacts on the economies of receiving and sending countries. 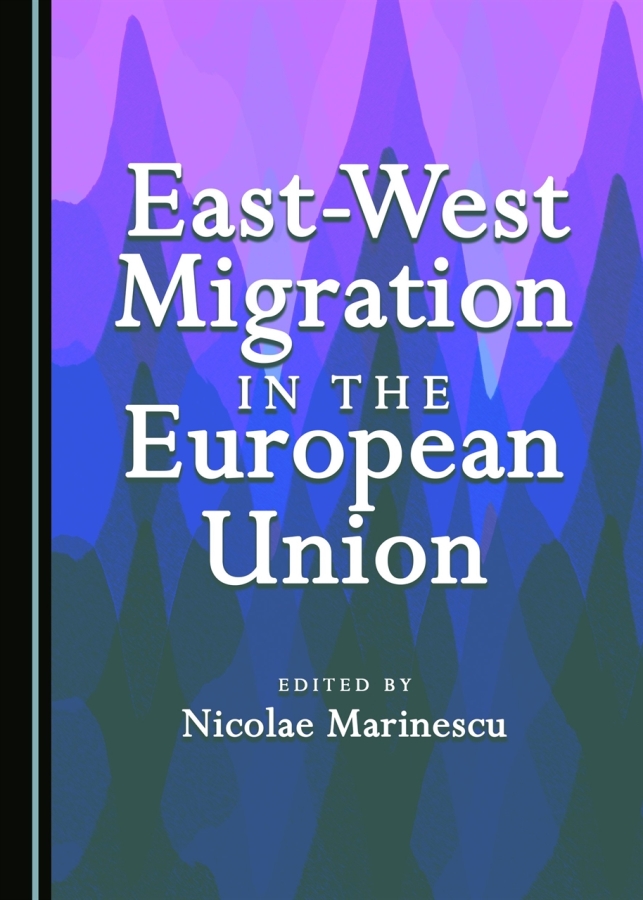