This first book in a new series from the Institute of Ismaili Studies includes a dozen essays on various aspects of the Islamic world, cutting across geographical and temporal lines, from a wide-range of scholars working in the UK, US, and Australia.

This first book in a new series from the Institute of Ismaili Studies includes a dozen essays on various aspects of the Islamic world, cutting across geographical and temporal lines, from a wide-range of scholars working in the UK, US, and Australia. The introduction to the volume, by its editor Amyn Sajoo, provides an original and broad overview of the major issues facing the study of the Muslim world today, including the events and aftermath of September 11, globalization and the so-called “clash of civilizations” model, the foundations of Islam, modes of expression within Islamic civilization, the role of women and liberal thought in Islam, and the increasing importance of “networks” on the conceptualization of what constitutes the Muslim world.

Reza Aslan’s chapter on “The Prophet’s City” is an unusual and fresh attempt to narrate the historical context from which the prophet Muhammad emerged and how the story of these origins established and helped to shape perennial debates in the following centuries. Like many of the other essays in this volume, Aslan does not include footnotes and writes in an easy, readable style which seamlessly links historical description and scholarly analysis to specific issues such as the significance of Medina as a model for both democracy and militancy in contemporary Islamic thought, Muhammad’s model of leadership, issues of tribalism, gender equality, slavery, and the relationship among Muslims, Jews, and Christians.

Aslan’s chapter is nicely complemented by Abdullah Saeed’s essay on the Quran which provides a broad but concise introduction to the content and text of the Quran, its interpretation, and the place of the Quran in the framing of social and political issues throughout the history of Islam. Saeed gives brief definitions of different types of Quran exegesis, including theological, legal, mystical, philosophical, modernist, scientific, and feminist before focusing on six major modern Quran interpreters: Fazlur Rahman, Amina Wadud, Mohamad Shahrour, Mohammed Arkoun, Khaled Abou el Fadl, and Abdolkarim Soroush.

The next four chapters are linked by common themes and attention to overlapping theoretical issues such as gender, the inclusive nature of Islam, social solidarity, and the generation of authority in Islamic contexts. Amir Hussain’s chapter on “Islam in the Plural” allows for an important and well-reasoned corrective to many of the simplified monothetic views of Islam and Muslims. Hussain draws specifically on contemporary American historians of religion and moves from the origins of Islam to its contemporary manifestations. Bruce Lawrence’s chapter on “Networks of Solidarity” moves forcefully among examples from diverse Islamic contexts including Ibn Battutah, Muslim traders in China, Ibn Khaldun, the Crusades, Ghazali, Senegal, al-Qaeda, and the internet in Tunisia and Afghanistan. This varied and compelling picture shows change throughout the history of Muslim societies and emphasizes the plurality of contemporary conceptions of how Muslim communities can be formed, defined and continue to evolve. Azizah Yahia al-Hibri’s chapter on “Women and Social Change” and Shainool Jiwa’s chapter on “Inclusive Governance: A Fatimid Illustration” both use specific, carefully documented and analyzed cases to exemplify models of how Muslims have historically sought to define themselves in an inclusive but distinct fashion. Both of these authors argue that Muslims have available a wide array of examples upon which to build and foster an even more expansive and pluralistic vision of Islam.

Chapters 8-12 each focus on more defined aspects of Muslim society that both distinguish Islamic characteristics and illustrate the enmeshed nature of Muslims in the larger global civilizations in which they lived and to which they contributed. Hasan-Uddin Khan’s chapter on “The Art and Architecture of the Mosque” includes basic information on the architectural features of mosques, their usage, and the close connection between mosque design and the cultural settings in which they were constructed and used. Amira K. Bennison’s chapter on “The Umma in the City” fits well with Khan’s chapter on the mosque. Bennison helps to define what makes an “Islamic” city and focuses on a number of prominent and significant examples such as Cordoba, Marrakesh, Cairo, Isfahan, and Delhi.

Anil Khamis’s chapter on “Cultures of Learning” offers a fresh approach to the various definitions and historical effects of the different Muslim conceptions of knowledge, its transmission, and its close relationship to forming social identity, especially across larger regional and trans-regional communities. Khamis grounds statistics from the contemporary Muslim world in more classical ideals of education typified by the Quran, Jahiz, and the medieval madrasah system. Raficq Abdulla’s chapter on “A Conference of Bards: Rumi to Adonis” is an excellent and original introduction not only to Arabic and Muslim literature but to the Islamic notion of voice and ear, and to the abiding influence of certain cultural models on poetry. The final chapter by Gary R. Bunt on “The Digital Umma” brings many of the earlier themes and issues in the volume into contemporary focus. Bunt’s chapter stresses not only how the internet and other digital environments allow the non-digital models of early times to flourish, but also how new communications technology has led to striking changes in how Muslims continue to imagine themselves as a diverse by unified community.

All of the chapters provide helpful lists of suggestions for further readings, and overall the writing styles of the volume should be accessible to a large audience including scholars, policy makers, and educated lay people. This is a book that might be best recommended for someone who is interested in learning more about Islam without recourse to what would otherwise be a large pile of more specialized scholarship. 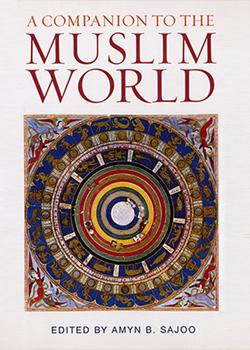 Making of a New State in the Balkans: Kosovo

Egypt after Elections: Towards the Second Republic?