Ally: My Journey across the American-Israeli Divide

Given that we are approaching the end of his administration, President Obama’s American foreign policy has increasingly and critically been written about in a number of books. One of the most recent examples was written by Michael B. Oren, an Israeli historian, now-politician, but most importantly, the Israeli ambassador to the United States during 2009-13. In Ally: My Journey across the American-Israeli Divide, Oren chronicles his years as an ambassador in Washington and narrates the problems between the United States and Israel in this period while briefly talking about his academic and personal life as well as his political career at the beginning and end of the book respectively.

Given that we are approaching the end of his administration, President Obama’s American foreign policy has increasingly and critically been written about in a number of books. One of the most recent examples was written by Michael B. Oren, an Israeli historian, now-politician, but most importantly, the Israeli ambassador to the United States during 2009-13. In Ally: My Journey across the American-Israeli Divide, Oren chronicles his years as an ambassador in Washington and narrates the problems between the United States and Israel in this period while briefly talking about his academic and personal life as well as his political career at the beginning and end of the book respectively.

Ally can be evaluated in two ways. First, as its name puts it, this is a book about the problematic American-Israeli relations during the Obama administration. As a first-hand witness, Oren successfully explains the contentious topics between the two countries during these years. On several issues, including the Iranian nuclear program, peace process, settlement construction, Arab Spring, arms sales to Arab states, relations with regional leaders such as Erdoğan, Mubarak, Abbas, etc. we see significant differences between the Obama administration and Israeli right-wing Netanyahu government.

Oren’s central argument is that on these contentious issues, the Obama administration damaged the core principles of American-Israeli relations. He summarizes these principles as three “no’s”: no daylight (no disagreement both on security and diplomacy policies), no surprises (taking no step without informing the other), and no public altercations. According to Oren, Obama’s foreign policy in the Middle East, which prioritized conciliation, dialogue and international cooperation, is unrealistic and damaging to Israeli security. He criticizes Washington for believing the false promises of Iran on nuclear negotiations; leaving traditional allies, like Egypt’s Mubarak, on their own during the Arab Spring; blaming Israel for the failure of the peace process and pressuring for the end of settlement construction while undervaluing the threats and attacks Israelis faced in a hostile region. Oren also blames the American media, especially Jewish journalists, for criticizing Israel and expresses his distaste of the frictions between American and Israeli Jews as well as the disagreements within these groups.

While the book provides a good summary of the contentious topics between the United States and Israel, it is a biased, historically inaccurate and politically problematic narrative. It is biased, in the sense that Oren is a right-wing Israeli politician who interprets every development from an Israeli security perspective. I will talk about this bias in detail below. Here, it is important to note that while Oren criticizes the Obama administration for assuming that it understands Israeli interests better than the Netanyahu government, it is indeed Oren who repeatedly argues that American national interests are better served by supporting Israel on every contentious issue; thereby Oren implies that he understands American national interests better than Americans.

The book is also historically inaccurate in that it differentiates the Obama administration from its predecessors in terms of the three no’s. Oren seems to intentionally ignore several daylights, surprises, and public altercations between the two countries in the past in order to highlight the change in Obama’s policy towards Israel. In recent history, daylights in American-Israeli relations can easily be observed in George H.W. Bush’s and then Secretary of State James Baker’s confrontation with the Shamir government (1986-92) over settlement construction, Bill Clinton’s differences with the first Netanyahu government (1996-99) over the peace process, and even George W. Bush’s disagreement with the Israel policies of assassination of Palestinian leaders and settlement construction during the Sharon government (2001-06). Some of these differences often led to public altercations which were no less serious than the ones during the Obama period. And surprises were often present in mutual relations. Indeed, the most problematic surprises were made by Israel, such as the Pollard espionage case and Israel’s secret selling of weapons to China. Moreover, each settlement construction during the last thirty years has been a surprise to the American government.

Finally, the book is full of politically problematic arguments and contradictions. For example, while Oren argues that Israel has every right to protect its existence, he fails to assume the same rationale for Iran, as he constantly calls for the end of the Iranian regime. Another contradiction is that while Oren praises democracy in Israel, he does not support democracy in the rest of the region because he believes that with tyrants or military regimes in Muslim countries, the Middle East is more stable. Democracy in the region means the coming to power of Hamas in Palestine or the Muslim Brotherhood in Egypt, which are threats to the Israeli state. Yet, he fails to see that the presence of undemocratic regimes is one of the main causes of instability in the region and a persistent threat to the Israeli state. Yet, a more problematic part of the book is Oren’s explanation of Obama’s approach to Muslim countries. Rather than explaining this approach as the result of American national interests or its support for democratically-elected governments, Oren simply goes for a low-blow and implies that Obama’s outreach to Islam may be related with “his rejection by not one but two Muslim father figures.”

Ally also can be evaluated in terms of Israeli political ideologies. Oren’s book is a good resource for understanding Israeli right-wing ideology. Although in the book Oren argues that it was Yitzhak Rabin who changed his life by shaking his hand in May 1970 when Rabin was Israel’s ambassador to the United States, Oren’s political ideology is closer to Netanyahu than Rabin. For example, Oren’s seems to forget one of the main lessons Rabin learned in his political career: “Peace you don’t make with friends, but very unsympathetic enemies.”1 According to Rabin, a politician does not have to trust the enemy but it does not relieve him of the responsibility to seek peace. Rabin believed that, as he concluded his memoirs, “the risks of peace are preferable by far to the grim certainties that await every nation in war.”2

It is difficult to observe the philosophies of his role-model in Oren’s book. It is not surprising that Oren regards every actor in the region as enemy or frenemy. When it comes to security and peace, Oren does not trust anybody, including the United States, but this distrust does not lead him to peace agreements as is seen in Rabin’s approach to the PLO in 1993. Instead, Oren’s political ideology relies on confrontation and coercion, diplomatically and/or militarily, with every actor in the region. Yet, he fails to see that this policy has not yielded any positive results in decades. Maybe the ambassador should listen to the words of Einstein that he used to criticize Obama’s moderate approach: Insanity is “doing the same thing over and over again and expecting different results.”

All in all, although it is difficult to agree with Oren’s arguments, Ally is a useful source for understanding the American-Israeli divide during the Obama administration and the Israeli right-wing security mindset. In spite of all its deficits, the book deserves to be read for this contribution to the literature. 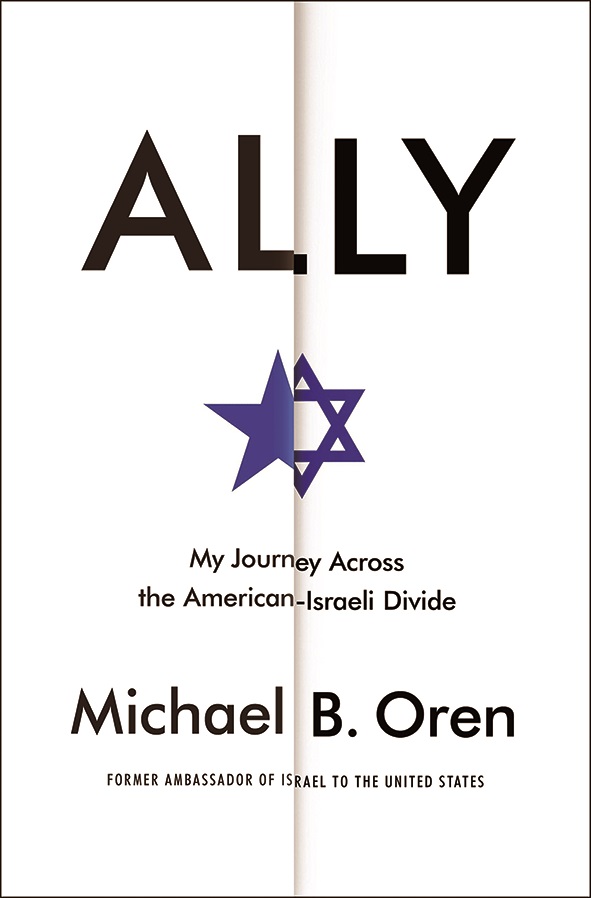