America in the World: A History in Documents from the War with Spain to the War on Terror

America in the World is an impressive collection of documents related to United States foreign policy from the country’s earliest expansionist dreams to its present-day difficulty grappling with terrorism. The book contains chapters on different eras of United States foreign policy, including Vietnam, Korea, and World War II. There are also significant portions of the text that explore less familiar areas of United States diplomatic history, including early expansion, imperialism, and the time after the Cold War began to deescalate.

America in the World is an impressive collection of documents related to United States foreign policy from the country’s earliest expansionist dreams to its present-day difficulty grappling with terrorism. The book contains chapters on different eras of United States foreign policy, including Vietnam, Korea, and World War II. There are also significant portions of the text that explore less familiar areas of United States diplomatic history, including early expansion, imperialism, and the time after the Cold War began to deescalate.

Books like this are important because it can be difficult to gather primary source material in any single era of a country’s foreign policy, let alone a period of well over 100 years. Furthermore, texts like this allow readers to understand the continuities between foreign policies that may seem so distant as to be unrelated. Students would be tasked with reading countless articles, spending hours in archives, or windows and tabs deep in Wikipedia trying to find this material on their own. Teachers and students should be thankful to the book’s editors for providing a shortcut to this material.

This book is not without significant problems, however. Three seem particularly important: unclear bibliographic data, poor contextualization, and unclear selection criteria. The first is important because it leaves an important part of the research process out of the reach of many students. If the idea behind including primary sources in the classroom is introducing students to the actors that make history, and emphasizing the importance of the people and documents that make history, then this text leaves a lot to be desired. For example, Document 13.8: “Early CIA Assessment of Gorbachev’s Economic Agenda” is introduced as being prepared by the United States Central Intelligence Agency (CIA) but we are not told who wrote it, what day it was written (although we do know the month and year), and if the document is provided in total, or abridged or edited. I can imagine a student not knowing what to do with this document or even how to track down the original. This information is provided in the “Sources” section of the book, but as anyone who has taught undergraduate students knows, it is quite difficult to get students to do the work of looking up source information. A better version of this text would include the citation in text with the document using any of the popular citation methods.

The second problem, that of poor contextualization, makes it difficult for students increasingly less knowledgeable of, or experienced with, any of these events to place them in context. Many current undergraduate students, and certainly high school students in the United States were born contemporaneously with the terrorist attacks of September 11, 2001 on Washington, DC, New York, and Pennsylvania. Most of these students do not have a memory of the time immediately after those events, nor do they remember more mundane legacies like the color-coded terrorist threat indicator featured at airports across the country. Now, many undergraduates might have a parent who fought in the Gulf War, but only a much older relative would have been around during Vietnam. Short introductions of a few hundred words do begin every chapter, but expanding them would help students a great deal. Each introduction also lacks citations, so students wishing to pursue another source would be left to their own devices.

The third problem is that the book does not provide much in the way of an explanation for why certain documents are included and others are not. Educators hope students are able to craft significance statements in their research that explain why they are working with texts or on certain problems, yet this book does not make a compelling case for each documents’ inclusion in most cases. While this reviewer has taken classes in diplomacy and military history as well as written on United States terrorism policy, even he would have difficulty describing why certain documents appear and others do not. In order to produce discerning young scholars, we need to provide them with ways to frame their work so that they can explain why it is significant to others. This book misses an opportunity to explain its process and help the next generation of students, practitioners, and scholars begin to think about these ideas.

Readers will find the index and bibliographic data at the end of the book useful, although they surely would hope for the bibliographic data appearing earlier. The index actually does the best job connecting the documents since there is so little contextualization in the book. I would encourage readers to read through the index first in order to get a sense of the themes during the long century, before going through the documents.

Students and teachers working in military, political, or diplomatic history will find this book a good fit for classroom use. Teachers of advanced high school AP and IB curriculum, as well as those of undergraduate courses, will find the text useful. Its unclear bibliographic references and difficulty contextualizing the broader movements of which the documents are a part notwithstanding, the book will augment secondary sources used to teach these important times in United States history. 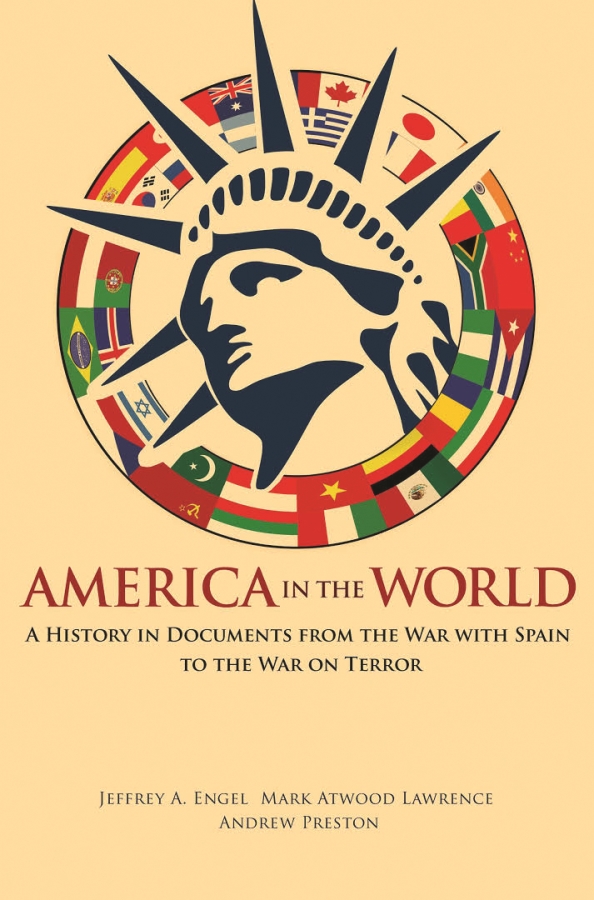