With An Intellectual History of Turkish Nationalism, Umut Uzer addresses a gap in the English-language scholarly literature on Turkey. Uzer, associate professor at İstanbul Technical University educated in both Turkey and the U.S., has written a history of Turkish nationalism in all its diverse manifestations from its genesis in the late 19thcentury to the present day. Uzer’s is a topic as yet unaddressed in monograph form in English, though nationalism has been a central theme in several recent historical surveys of modern Turkey.

With An Intellectual History of Turkish Nationalism, Umut Uzer addresses a gap in the English-language scholarly literature on Turkey. Uzer, associate professor at İstanbul Technical University educated in both Turkey and the U.S., has written a history of Turkish nationalism in all its diverse manifestations from its genesis in the late 19thcentury to the present day. Uzer’s is a topic as yet unaddressed in monograph form in English, though nationalism has been a central theme in several recent historical surveys of modern Turkey. Uzer differentiates his work from these as well as from a pure history of ideas by “[keeping] an eye on political developments which had a substantial impact on Turkish nationalism” without offering a political narrative (p. 1); his focus is on nationalist texts. The author thus orients himself squarely in a moderate position within the text/context debate in intellectual history circles. The lack of narrative affords Uzer space to explore the work of Turkish nationalist thinkers ranging from well-known – Ziya Gökalp, Yusuf Akçura – to relatively understudied names like Ömer Seyfettin or Hamdullah Suphi Tanrıöver. Non-specialists and particularly students would be advised, however, to read Uzer’s work alongside a political history of Turkey, so as to more fully understand the context and perception of the individuals and ideas he analyzes here.

In a short and to-the-point introduction, Uzer introduces the reader to his methods in producing a history of ideas, his primary aims in writing the book, and provides a brief theoretical introduction to nationalism. Uzer has two essential aims with the book. Firstly, he divides Turkish nationalist thought into three camps: “Kemalist,” “ethnic,” and “conservative” (p. 3). Astutely, Uzer stresses the overlap between his three categories and their lack of internal uniformity immediately after introducing them. For example, Kemalist nationalism, the most prevalent and politically influential category, is territorial and civic, with strong ethnic tones that occasionally surface. Ethnic nationalism, by contrast, always defines the Turkish nation by race and/or ethnicity. The last category, conservative nationalism, emphasizes the role of Islam in Turkish identity. These categories are unified by what Uzer calls a shared toolkit, “a set of identities or concepts from which [they] derive their ideas” (p. 4). These include Turkish identity, the Ottoman past, Islam, and the West, as well as, less frequently, the role of women in the nation or liberty and democracy. The relative weight placed on each element differs but all Turkish nationalists must find a place for each element in their vision of the nation. Among Uzer’s central concerns in the book is to explain the emergence in the 1950s and subsequent expansion of what he terms a backward-looking, patriarchal strain of Turkish nationalism nostalgic for, and emphasizing, the Ottoman past and the Islamic component of Turkish identity; thus belonging to the “conservative” category. This contrasts with what Uzer characterizes as the progressive character of much previous Turkish nationalist thought, thus aligning himself with theorists of nationalism like Benedict Anderson who do not see it as an inherently retrogressive idea. It is worth noting that Anderson, along with others from the modernist school of nationalism studies – Ernst Gellner or Eric Hobsbawm most prominently – are omitted from Uzer’s literature review.

In Chapter 1, Uzer sketches the emergence of Turkish nationalism in the late nineteenth and early twentieth century. In the chapter’s introduction, he argues that the birth of Turkish nationalist thought can be traced to three factors: responses to separatist nationalist movements among non-Turkish nationalities in the Ottoman Empire, European (and later Ottoman) academic studies on the pre-Islamic history and language of the Turkish peoples, and lastly, the immigration from the Russian Empire of a group of educated Turkish-speaking intellectual and political elites, fluent in European languages and influenced by Russian Pan-Slavism. Although a lively scholarly debate exists about the origins of Turkish nationalism and nationalism more broadly, Uzer’s interest in the chapter lies less in locating origins than in cataloguing important early nationalist thought. The level of detail in the chapter is impressive and Uzer’s schema allows him to succinctly summarize the key ideas of a diverse group, politically, culturally and philosophically. Uzer demonstrates that most early nationalists supported a secular form of nationalism, oriented toward the West and away from what they characterized as patriarchal and regressive Islamic traditions. Nevertheless, this criticism of Islam, and particularly the role of the clerical class, was tempered by a tendency to view Turkish-speaking Muslims as the true Turks, a contradiction preserved in Kemalist thought which Uzer maintains eventually led to the resurgence of conservative nationalism. In the chapter, Uzer synthesizes a vast body of nationalist thought, which is both a strength and a weakness. At points, the intellectual connections between the thinkers he examines are less than clear. Sketching the networks in which they operated might have clarified the emergence of striking commonalities in their thought presented here.

In chapter 2, Uzer shifts from a broad survey to a close reading of two particularly influential early nationalists: Yusuf Akçura and Ziya Gökalp. Akçura and Gökalp, in long intellectual and political careers, helped spread Turkish nationalism from an idea shared by small and scattered intellectual networks to a dominant ideology among the political elite in the newly-founded Turkish Republic. Uzer compares the two throughout the chapter, finding that Akçura and Gökalp were united in opposition to Islamism and Ottomanism. Both supported the idea of a new, secular Turkey modeled after Western nation-states and with a role for women in public life. What separated the two was Akçura’s tendency to portray ethnicity as the principal source of belonging to the Turkish nation versus Gökalp’s more cultural understanding, which still left open a place for Islam as a source of identification with the nation. The two disagreed further on the desirability of creating a Turkish bourgeoisie to fill the economic niche in the Republic formerly occupied by the non-Muslim minorities. Gökalp argued for more harmonious relationships between the classes while Akçura stressed the importance of the bourgeoisie in creating a viable nation-state.

Chapter 3 focuses on the nationalism of Mustafa Kemal Atatürk and his intellectual successors. Here Uzer broadens his focus beyond Atatürk’s written work to include policies and speeches. Atatürk’s nationalist thought has been thoroughly investigated and thus this chapter introduces little that will be unfamiliar to many readers. Where Uzer stakes out an original position in this chapter is in his characterization of the decline of Kemalist nationalism in modern Turkey starting in the 1950s, to which he returns in Chapter 5.

Chapter 4 takes up Turkish ethnic nationalism, particularly in the work of Hüseyin Nihal Atsız and his intellectual successors in the Milliyetçi Halk Partisi (MHP). Uzer stresses that ethnic nationalism, with its emphasis on ethnic purity and dismissal of Turkey’s Islamic heritage, was never well-suited as a popular ideology and was thus confined to a small minority even within the MHP.

Conservative nationalism, the subject of chapter 5, was and remains a more appealing idea in modern Turkey, offering as it does a way for more traditionally-minded Turks to square nationalism with patriarchal structures and Islamic heritage. As the ruling CHP party relaxed its policies toward religion in the late 1940s, ground was opened for an emergent conservative nationalism. This strand of nationalism was subsequently embraced by the Democrat Party when it came to power in 1950 and promulgated by intellectuals like Yahya Kemal Beyatlı and İbrahim Kafesoğlu. As Uzer observes, the Kemalist CHP pursued discriminatory state policies toward non-Muslims in the early Republic, thereby implicitly defining the Turkish nation in Muslim terms. After 1950, what was implicit was made explicit. Many – though not all – conservative nationalists, in defining the nation as Muslim, expressed nostalgia for the pre-Westernization, pre-Tanzimat Ottoman past and the allegedly more legitimately Islamic patriarchal society it represented. Uzer contends that conservative nationalism has become the dominant orientation in the MHP and influences elements within the ruling AK Party as well.

Uzer observes in the brief conclusion to the volume that conservative nationalism has conquered what nationalist thought remains in Turkey. Notably, Uzer characterizes the AK Party not as a nationalist but as a post-national party, though nationalists are represented in its ranks. This assessment will surely elicit a spirited reaction from observers of contemporary Turkey. To support this conclusion, Uzer cites evidence like Recep Tayyıp Erdoğan’s 2013 claim that “we have trampled upon all sorts of nationalism” or his use of the term “Türkiyeli” (from Turkey but not necessarily a Turk). One might quibble with this conclusion for several reasons. For one, AK Party leaders have displayed great deal of rhetorical flexibility and post-national sentiments might be expressed in some contexts and not others. For another, recent events such as the renewed conflict in the southeast with the separatist PKK or moves in Europe to recognize massacres during the Ottoman rule against the Anatolian Armenian population as genocide may have prompted a renewed nationalist emphasis in AK Party’s rhetoric. Regardless, Uzer’s claims, as is the case with the entirety of the book, are well-argued and should elicit a fruitful and productive discussion. An Intellectual History of Turkish Nationalism is highly recommended as a well-written and perceptive work of scholarship that should be the definitive English-language text on the subject for years to come. 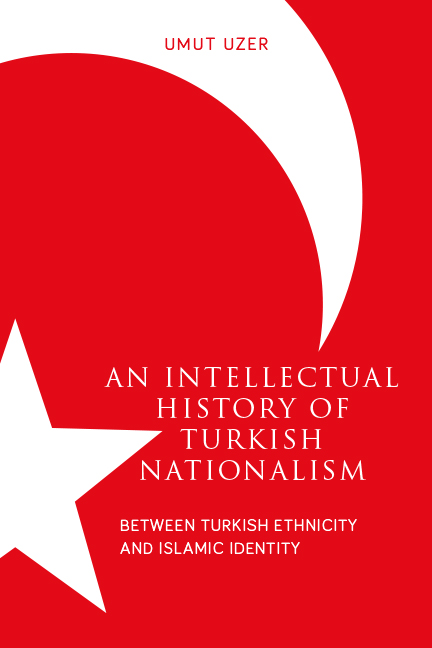