The new edition of the book, which was originally published in 2005, with the edition of a new chapter now consists of twelve chapters without introduction or conclusion. The theoretical framework of the book lies in the first chapter, in which Dawisha tries to sort through the different terminologies related to Arab nationalism. He emphasizes the connection between nationalism and organic political unity, which appears in historical evidence such as Husri’s writing or the Nasserist and al-Bath party’s experience. There is no Arab nationalism without a desire for Arab political unity. For Dawisha, a nation can be defined as “a human solidarity, whose members believe that they form a coherent cultural whole, and who manifest a strong desire for political separateness and sovereignty” (p. 13). Within this context, the conceptual overlap between Arabism and Arab nationalism can be resolved by considering Arabism as cultural uniformity, while Arab nationalism is Arabism “with the added element of a strong desire (and preferably articulated demands) for political unity in a specified demarcated territory” (p. 13).

In accordance with the aforementioned theoretical framework, Dawisha takes the reader in the second chapter to the pre-WWI world, tracing the sense of Arabism in the nineteenth century up until WWI. A sense of Arabness had been preserved since early Islamic history and through the spread of the Arabic language. With the rise of the Ottomans, the center of Arabic power shifted to the Turks; still, Arabic, as a sacred language, maintained its unrivaled status “which nourished and sustained a sense of cultural proximity in the Arab lands of the empire throughout the centuries of Ottoman rule” (p. 18). The Arabic literary revival that had begun and continued to accelerate in the nineteenth century in the Levant, was one of the early gestures of nationalism in the Arabic-speaking provinces of the Ottoman Empire. According to Dawisha, “the intellectual seeds of twentieth century Arab nationalism should be traced to the ideas and endeavors of a number of nineteenth century thinkers and activists” (p. 18). For Muslims thinkers like Afghani, ‘Abdu, Rida, and al-Kawakibi, the Arab nation was consistently linked with the concept of Islamic Umma. In contrast, the call for a break-up of the Ottoman empire came mainly from Christian writers such as Negib Azoury and Ibrahim Al-Yaziji, who focused on the national distinctiveness of the Arabs and promoted a secular and liberal nation-state as the main manifestation of the Arab nation. After identifying the roots of the ideology, Dawisha challenges the classical story of Arab nationalism as narrated by George Antonious in his book Arab Awakening. Dawisha argues that Antonious’s analysis created a historical tradition that falls to recognize the difference between Islamic identity, regional loyalties and Arab nationalism. Dawisha goes further by questioning the nationalists’ exaggeration of specific events such as Sharif Husayn’s “Great Arab Revolt” (1916) and the short-lived Faysal’s Arab government (1918). In his opinion, Husayn’s motives had little to do with Arabism, and the response to his call lacked spontaneity and enthusiasm, in contrast to what was originally portrayed. The same critique applies to the exaggeration of Faysal’s Arab government, which was the first actual realization of the Arab nationalists’ ideas. Faysal’s Arab government should not be exagerated, since the political and cultural structures of post-war Syria created different obstacles, ranging from competing identities, tribal loyalties, and the Christian community, to the interests of the upper class. All of these obstacles and more prevented the actual realization of Arab nationalist aspirations.

The third chapter sheds light on the ideological founder Sati‘ al-Husri and his theory of Arab nationalism. Since such nationalism was originally a western idea, Dawisha devotes half of the chapter to its European roots before discussing al-Husri’s borrowed ideas. Two distinct understandings of nationalism in the European experience are the Anglo-French and the German. The former perception was linked to state and government; here the nation is almost dependent on the state, its values and its institutions. In the German experience, the nation is a romantic concept that focuses mainly on cultural aspects, especially language. Both forms of nationalism agree that national consciousness develops through two major mediums: language and the writing of history. Hence, historically, all nationalists have primarily emphasized education. Dawisha situates al-Husri in the German camp, where the nation is “objectively based through the unity of its linguistic community and the coherence of its history” (p. 64). Similar to European thinkers, al-Husri’s ideas of Arab nationalism are emphatically secular, excluding religion as a factor that could be a component of nationalism. Rather, he preferred national ties over religious attachments, introducing the concept of al-Umma al-Arabiya, which focuses on Arab identity, as opposed to al-Umma al-Islamiyyah, which focuses on Islam. Like other nationalists, al-Husri’s primary aim was to promote national consciousness by creating a national education system.

The subsequent chapters take the reader on a marvelous journey detailing the rise and fall of Arab nationalism, with a focus on three major countries: Iraq, Great Syria, and Egypt. From its first steps, the path of nationalism in the Arab world was rocky, even in al-Husri’s Iraq. In chapters four and five, Dawisha narrates in great detail how the early nationalists of the 1920s and 30s encountered many obstacles which crystallized into competing identities. Societies fragmented by tribalism, sectarianism, regionalism, and competing interpretations of Islam prevented the nationalists of this era from spreading the idea of nationalism among Arabs. For instance, it was hard for both the Iraqi Shia and Kurds to assimilate into a coherent nationalist culture. Furthermore, nationalism had limited support in Egypt, which was consistently squeezed between two identities: Egyptian wataniya, which assailed the inferior Arab culture, and Islam, in which any nationalism is subordinated to Islamic unity. Only in the 1950s, after the threat of the Jewish immigration and the issue of Palestine, did Arab nationalism witness a dramatic resurgence. Dawisha continues in chapter six with the revolutionary movement of Arab nationalism under Jamal ‘Abd al-Nasir, who was, nevertheless, still intrinsically an Egyptian patriot. Despite the fact that the heart of Egypt, even in the Nasserist era, was not really in Arab nationalism, Nasir’s Egypt became the shelter for and the leader of the Arab nationalist movement through the struggle against Western imperialism. Such leadership was enhanced via Nasir’s uses of radio, spreading education to all sectors of society, and the power of the Egyptian army. These policies were supported among Arabs by the Ba’ath Party and its leaders such as Michel Aflaq and Salah al-Din Bitar, and, at the same time, were opposed by different political parties such as the Syrian National Party and the Iraqi communist party. Three main events, which Dawisha details in chapters seven and eight, are signposts of 1950s Arab nationalism: the 1955 Baghdad Pact, the1956 Suez crisis, and the 1958 birth of the United Arab Republic (UAR). The latter event, notwithstanding its difficulties, can be considered as the zenith of the efforts of the Arab nationalist movement. Furthermore, Dawisha describes the suspicion of Arab monarchies such as the Iraqi, Saudi, and Jordanian kingdoms toward Arab nationalism and their reaction against it. Simultaneously, the author gives a detailed depiction (chapters nine and ten) of the swift fall of Arab nationalism, witnessed in events like the collapse of the UAR after only four years, the failed Egyptian intervention in Yemen, and later the defeat in the 1967 war with Israel. Dawisha posits several reasons for this rapid decline (chapter eleven), including the inability of Arab nationalism to disconnect itself from the charismatic leadership of Nasir; the weak presence of imperialism, greater attention to local issues and sub-state competing identities, the return of the religious element in the form of radical Islam; and the Arab world’s failure to realize liberal democracy. Dawisha, as stated in the new chapter, accurately depicts the “sad state of the Arab condition,” which includes tyranny, economic failures, regionalism, sectarianism, tribalism, Islamic militancy, and violence. In a censuring tongue, he asserts the absence of Arab nationalism’s role –even a peripheral role– in the mammoth conflict between the state and political Islam. In Arab Nationalism in the Twentieth Century, Adeed Dawisha provides a comprehensive history and lively account of Arab nationalism’s rise and fall. The book is consistent in its well-documented information, and well-written style, which reflect the great effort taken by the author. Such an authoritative source has much to offer academicians, students and scholars, as well as policymakers who deal with Middle Eastern politics. 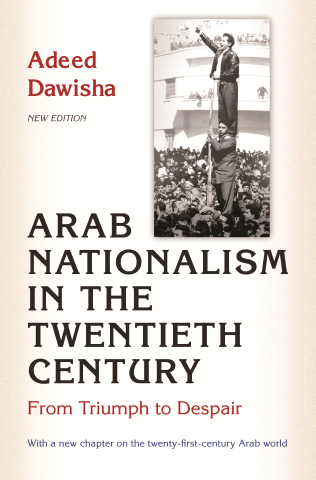