Arab Political Thought: Past and Present

Arab Political Thought: Past and Present is an attempt to distinguish between Arab and Islamic political thoughts to advocate the idea that Arab political thought is more than what the literature generally presents.

Arab Political Thought: Past and Present is an attempt to distinguish between Arab and Islamic political thoughts to advocate the idea that Arab political thought is more than what the literature generally presents. In his book, Georges Corm advocates the idea that Arab political thought is not responsible for political Islam, but rather a victim of it (p. 288). In this sense, Corm claims that reducing the Islamic world to Arabs is an Orientalist “stereotype” and a “fossilized” understanding (pp. 2-16). He examines Arab literature, music, and poetry as well as political thinkers such as al-Farabi, al-Kindi, Ibn-Rushd, and al-Gazali to illustrate that Arab culture is a rich one.

Along with such discussions, in the early chapters of the book, Corm argues that Arab culture was “enriched by Mesopotamian and Greco-Roman culture” and thus that Arab political thought “cannot be reduced to Islamic religious thought.” In other words, the main motivation of the author is to challenge the general idea of believing that there is only “one rigid theologico-political structure of Arab mindset” that impoverishes the Arab societies (pp. xii, 16). A noteworthy point regarding the nucleus of the author’s attempt is an important subject. Corm does not simply try to generate a nationalist discourse in favor of Arabization. While discussing many causes, he argues that Islamization or the rooting of political Islam in the region has contributed to a decrease in focus on “poverty, illiteracy, massive unemployment and the lack of mastery of science and technology” which are the major problems in Arab societies (p. 293).

In line with his aim, Corm discusses his epistemological perspective regarding the literature on political Arab thought. According to Corm, researchers are mostly guided to their destinations based on either Orientalist (Self’s) or Islamic (Other’s) perspectives (p. 43). While he criticizes both approaches to a certain extent, it is not clear where he positions himself; Orientalist or Islamic or somewhere between the two or completely out of these two lines of perspectives.

The book is divided into fourteen chapters in which the author attempts to separate Arab political thought from Islamic thought. While it might seem to some readers that the author repeats himself in some chapters, the chapters are mostly designed in a way to complete each other. However, the gravity of Corm’s discussion is on the reasons why Arab thought failed to emerge as a separate entity and why it kept growing under Islamic thought. Since the aim of his book is to discuss the richness and variety of Arab thought compared to Islamic thought, some readers might find the discussion of the elements of the Arab political thought rather insufficient. However, this is not to suggest that the author’s discussion does not coincide with his main argument and research question.

Parallel to his motivation and aim, the author examines the reasons why Arab culture has not had a visible and separate ontological existence. Corm’s nice touch is to present reasons from different angles in one work; these include imperialism (global scale); “Iran’s and Saudi Arabia’s presence and policies in the region and the rentier economy” (regional scale); the Pan-Islamic movement (political-regional scale); “the relation of the elites with the West and the Arab intellectuals’ admiration of the West” (individual scale) (pp. 90-96).

After a detailed discussion of the issues above and on the re-Islamization of Arab culture, Corm offers some suggestions to the next generation of Arab society:

I, therefore, call on the young generation of Arabs, those living in their own countries as well as those who have emigrated to another, to liberate themselves from the intellectual restraints… Finally, Arab youth should denounce the power games played by those Arab states with access to oil wealth (p. 294).

However, there is an issue with this statement. The issue with regional states is that change usually does not come from the bottom and, because of the remnants of the colonial era, any possible bottom-up challenger to the system usually becomes the proxy of the colonial powers. The privileged class usually does not favor change and seeks instead to preserve its status. In this sense, while trying to escape the Western orientalist trap, the author himself seems to fall into it by expecting the next generation to achieve the salvation of the future of Arab thought as if the region had Western political and social evolution. This point also indicates that Corm wants to reach the young generation of Arab culture and in a way guide them to liberate themselves.

Apart from this criticism, there is an ontological problem embedded in the work. When discussing the difference between Arab and Islamic thought, the author argues that Arab thought comes from a rich cultural and historical interaction (p. 45). However, even though he accepts the distinctions within Arab culture itself, when trying to prove why it should be considered as a separate cluster of thought, he takes Arab thought as an isolated and unified entity. Corm even openly stresses: “An attempt to subdivide this [Arab culture] based on the religious or ethnic origin of artists, literary figures and political thinkers seem to me to be a vain and hollow undertaking” (p. 69). While it does not pose a visible threat to the book’s consistency, it is worth mentioning that Corm’s approach contains an ontological clash.

Along with its downsides, which do not harm the essence of the author’s discussion, Corm’s study draws a comprehensive and detailed framework of Arab political thought and the reasons behind its ‘fossilized’ reductionist interpretations. Additionally, trying to present the difference between Arab and Islamic thought is a challenge in and of itself; Corm’s endeavor will help students of International Relations escape the ‘Orientalist’ trap that creates a stereotype regarding the shared wisdom of the Middle East and might help widening our horizon. 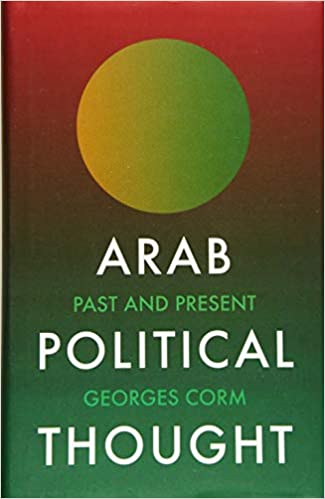