Beyond the Steppe Frontier: A History of the Sino-Russian Border

Beyond the Steppe Frontier can be a guiding example of studying the borderland settlements (city/town/region) of ambitious states. It depicts how different cultures, societies, and ethnicities, as well as citizens of neighboring states, could be controlled, manipulated, organized, and turned into figures serving the rule of overlords in faraway centers. This work is particularly instructive for students of political sciences and international relations.

For those of us studying Russia and China, and particularly the regions formerly considered as Soviet geography and those that border regions within the Chinese state, the title of this book incites genuine interest. The current Russian-Chinese border is fairly long, and many regions still need to be studied thoroughly. Sören Urbansky masterfully manages to research, analyze and depict a region located in the far Eastern corner of the Russian Federation and the most Northeastern region of China, near Japan and the Korean Peninsula. The area subjected to study in this work is in close vicinity to some important geostrategic conduits, like the Trans-Siberian railroad, the Chinese Eastern railroad, the Amur railroad, and the Trans-Mongolian railroad. This book examines the stages of the gradual establishment of central control, both by the Russian and the Chinese states, in many intervals dependent upon political changes in these two giant powers.

Starting from the regional history of the Argun region, this eight-chapter book ends with the contemporary era in which a sealed state border separates the two great powers of the Asian continent. Yet, this is not merely an account of the past. Beyond the Steppe Frontier should be read as the political, social, cultural, and economic history of a region where the interests of Russia, China, and Japan collide. It is also an account of the fate of indigenous people like the Mongols, Tungus, etc., during the last three centuries. Readers will notice the various methods of Russian and Chinese central control used to subjugate indigenous societies into their system.

The book is organized in chronological order. The first chapter starts with the earliest attempts of imperial Russia to colonize this Easternmost area. Urbansky provides background information about the earliest Russian and Chinese settlements, starting with the late 17th century, along this 2,900 km long Transbaikal frontier. Russian railway lines played an important role in advancing colonization efforts. The first agreement between China and Russia, the treaty of Nerchinsk (1689), was signed to divide up the region. The second chapter starts with the entrance of a third power in the colonization efforts of the area. When Russia began to consolidate its power in the region, China was busy with domestic political and economic problems. During this period, the Russian advance triggered Japanese ambition and interest, because Russia’s railway construction had led to permanent settlements there. The Russo-Japanese war of 1904-1905 was the first open confrontation between these two countries. During the first decade of the twentieth century, trade in this area intensified in gold and alcohol. Cossack settlers, hungry for maintenance of their agricultural need, and Chinese traders, eager to dominate and profit with all sorts of goods, carried out their activities. The third chapter deals with an era of general military and political turmoil coupled with the major war. China’s Qing dynasty ended in 1911 and the Bolshevik revolution came in 1917. Regional events and border control police in 1917-1921 are also covered in this chapter. Common to all the other bordering geographies of the Soviet Union, legal/illegal border crossing of people opposed to the regime occurred. As the author states: “...the nomads of Transbaikalia remained uncontained by international boundaries” (p. 93). The fourth chapter starts with Soviet efforts to consolidate their authority in this geography. Soviet authorities tried to regulate trade relations; as a result, illegal border trade went underground. Ordinary settlers from both sides continued their activities. They were depicted by the authorities as traders, contra-bandits, marmot trappers, and gold seekers (p. 136). Soviet control in Outer Mongolia and indigenous ambition to carve up Chinese-controlled Inner Mongolia added to the complex dynamics of the Aga Steppe.

The fifth chapter starts with the changes that occurred after the Japanese invasion of Manchuria that resulted in the one-and-a-half decade of Manchukuo government rule in this geography. Information about the policies and practices of the Manchukuo government and the conditions of inhabitants like Cossacks, Mongols, and others are given in detail. The sixth chapter deals with the situation in the region after the Soviet return of the area to the Chinese Communist Party. This era lasted until the 1950s; it was marked by close cooperation between the Soviet Union and Maoist China. Manzhouli and the surrounding area became an active place with an influx of Chinese population and an increase in trade ties. During this period of harmony, the population tripled in comparison to the 1949 level (p. 137). However, former Russian imperial subjects and those who had lived in the area under Manchukuo rule were required to be repatriated, and some were even persecuted by the Soviet regime. The emergence of conflict during the 1960s severed relations between the two nations until the end of the Soviet era. This period is the theme of the seventh chapter. International regional issues and the different approaches of the two states, coupled with ideological competition, escalated distrust and both sides tightened control in the border areas. Border skirmishes in the Far East and on the Western bordering areas occurred. Mao’s Cultural Revolution began to reach the peripheries, and repressive policies were no exception in the frontline areas.

The last chapter concentrates on the 1980s, which mark the beginning of Deng Xiao Ping’s leadership in China and the beginning of the end for the Soviet Union. When China switched policies to concentrate on economic and technological development, Brezhnev was busy displaying Soviet military muscle in Afghanistan. It is safe to conclude that the birth of present-day China started with the reform programs initiated under Deng Xiao Ping’s leadership.

Urbansky explains the Manchouli and Zabaikalsk region’s geopolitical importance in detail by focusing on micro-history; however, he also reveals the impact of the macro-politics of the center, that is, Moscow and Beijing, upon societies and individuals. Reflections of state-to-state competition in introducing control over regions in the lives of ordinary people living under centrally-organized political structures are well-analyzed in this work.

The author seems to have followed “methods of social history in documenting large structural changes” and “restructuring the experiences of ordinary people in the course of these changes”1 by relying largely on Russian archival sources, locally published documents, memoirs, interviews, and media sources. Urbansky relies heavily on primary sources from central and local Russian archives, newspapers, and periodicals, as well as interviews, to support the aim of his research which, as he states, took him 15 years. In addition to secondary sources published in Western and Russian languages, this book provides a valuable list of works published throughout the twentieth century, adding many details to the study of the past directly related to the region.

Beyond the Steppe Frontier can be a guiding example of studying the borderland settlements (city/town/region) of ambitious states. It depicts how different cultures, societies, and ethnicities, as well as citizens of neighboring states, could be controlled, manipulated, organized, and turned into figures serving the rule of overlords in faraway centers. This work is particularly instructive for students of political sciences and international relations. The inspiration of the book for readers, particularly for those of us directly or ancestrally as well as professionally linked to the bordering geographies of these two giant powers, is illuminating. The author’s method for producing an objective assessment of the past is apt. Considering all of the bordering regions of the former Tsarist and Soviet Empire with China, and the societies in the Caucasus and the North of the Black Sea, Beyond the Steppe Frontier provides a rich resource for the region it covers, and for the many previous and current parallel situations. 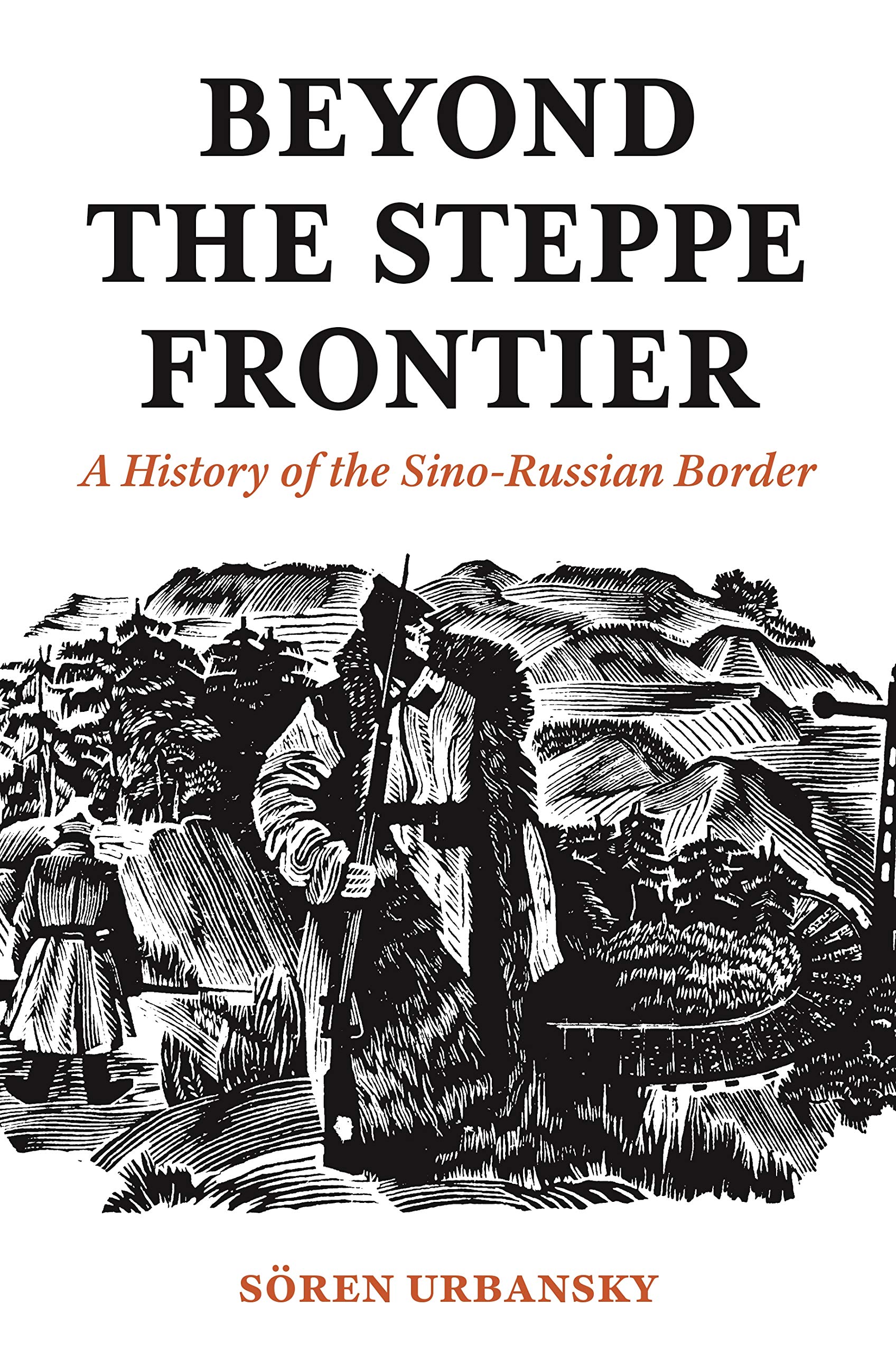