Capricious Borders: Minority, Population, and Counter-conduct between Greece and Turkey

Olga Demetriou’s work explores the relationship between state power and the Muslims of Western Thrace, Greece’s border region with Turkey. It traces the process of minoritization of the region’s Muslim population by observing changing government policies and exploring how they interact with people’s lives. Drawing on ethnographic fieldwork conducted in and around the town of Komotini, the book’s primary focus lies in how these developments shape(d) people’s everyday lived experience.

Olga Demetriou’s work explores the relationship between state power and the Muslims of Western Thrace, Greece’s border region with Turkey. It traces the process of minoritization of the region’s Muslim population by observing changing government policies and exploring how they interact with people’s lives. Drawing on ethnographic fieldwork conducted in and around the town of Komotini, the book’s primary focus lies in how these developments shape(d) people’s everyday lived experience. The book opens with a historical discussion on the drawing and re-drawing of borders in Thrace and the often arbitrary, or as Demetrious puts it, capricious, nature of this process. Borders in what is now northern Greece shifted several times in the early 20th century and the area surrounding Komotini alternated between being part of the Ottoman Empire, Bulgaria, and Greece. The Balkan wars and WWI prompted several waves of migration in the wider region, however, as Demetriou highlights these were “less about being Bulgarian, Greek or Turkish than about moving temporarily until normality was restored” (p. 37). Once the current borders between Greece and Turkey were established after WWI, Thracian Muslims were exempt from the population exchange that followed in 1923, leaving a significant Muslim minority in the region.

As a border territory and one of the last areas to be joined with modern Greece, the Greekness of Western Thrace was simultaneously taken for granted and in constant need of being proven. That left the Muslim population that remained in the region in a precarious position. The central chapters of the book are dedicated to understanding how the realities of those Muslims that stayed behind have been shaped by the Greek state’s policies and actions throughout the 20th century as well as exploring how members of this minority population engaged with those developments. They offer a critique of the systemic discrimination and structural inequalities affecting what is variously termed the Muslim, Turkish, or Turkish-speaking minority. Conscious of the power of naming in shaping reality and bestowing rights Demetriou simply speaks of “the minority,” without designating it as Muslim, Turkish or otherwise. She refers to the interlocutors she encountered in the field as Gümülcinelis –inhabitants of Gümülcine, the Turkish name for Komotini. Although this name marks them as Turkish, according to Demetriou, being a Gümülcineli is not a politicized identity but rather “a localised identity category underlain by understated claims to Turkishness” (p. 15). It is, as she puts it, “a matter of fact definition of ethnicity” (p. 15).

Demetriou’s work stresses the political and economic imbalances both in minority-majority relations as well as within the minority itself rather than focusing on perceived cultural differences between different groups. She highlights the often neglected diversity within the minority, comprised of Turkish, Pomak, and Roma groups, and punctuated by religious-secular, rural-urban, and class distinctions. Through this, the book also offers a critique of essentialized notions of community and ethnicity. Deconstruction of essentialist understandings of ethnicity and culture, particularly when it comes to minority groups, is not new. However, Demetriou addresses the issue with a fresh approach. Moving beyond cultural constructivism and instrumentalist understandings of ethnicity, the author draws on Foucauldian concepts of governmentality and biopolitics in analyzing the ordinary, everyday existence of minority individuals. The minority condition is an embodied experience and a “subjectivity that people inhabit in the everyday” - “living in specific locations, in specific kinds of homes, doing specific kinds of work, and having a specific life course charted out on the basis of one’s name, ethnicity, or location” (p. 6). Demetriou does not take “the minority” for granted but rather focuses on the process of producing people as different, of making them belong, of shaping them into a minority –what she calls the process of minoritization.

Consistent with her emphasis on ordinary, non-exceptional instances of going against the state-sanctioned order of things, Demetriou’s analysis relies on Foucault’s concept of counter-conduct, which she adopts as a more neutral, almost a more mundane, alternative to the concept of resistance. This emphasis on the “experience of one’s ‘minority’ position /…/ as a condition of the everyday” (p. 6) reflects the author’s background in anthropology. However, this perspective can open up important insights for anyone interested in power and politics, regardless of their disciplinary background. Observing people’s everyday lived realities, their relationships with and understandings of “their” community, reveals the limitations of “mosaic multiculturalism” and liberal notions of co-existence that often shape government policy in one way or another. This theoretical potential unlocked by focusing on mundane, everyday counter-conduct is what makes Demetriou’s book relevant not only for scholars interested in Muslim minorities in Greece or the Balkans more generally but also anyone dealing with notions of community and how these are made, unmade, and remade in the interaction of political power and people’s lives. 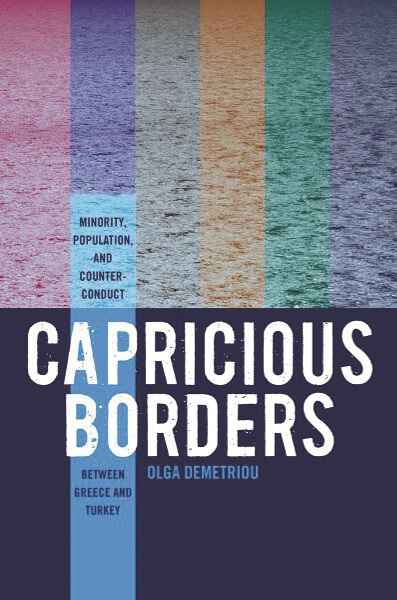