This book is structured in terms of a number of issues that are controversial among Muslims or between Muslims and others. It is based on the proposition, as the author tells us in the “Introduction”, that religions are not based on commonly accepted principles that define them but on “the arguments and disagreements which rage throughout the religion and which represent the parameters of what people believe.” Each of the fourteen chapters focuses on a particular topic of controversy, such as leadership of the community, God, nationalism, economics, morality, and Sufism.

This book is structured in terms of a number of issues that are controversial among Muslims or between Muslims and others. It is based on the proposition, as the author tells us in the “Introduction”, that religions are not based on commonly accepted principles that define them but on “the arguments and disagreements which rage throughout the religion and which represent the parameters of what people believe.” Each of the fourteen chapters focuses on a particular topic of controversy, such as leadership of the community, God, nationalism, economics, morality, and Sufism.The writing style is, on the whole, clear and accessible although the level varies. In some places it is quite elementary but in other places complex material is covered in a summary fashion that would make it hard for the uninitiated to understand. The author does not hesitate to indicate his own views on many issues. While the book contains some very insightful material, it seems to me often idiosyncratic in its organization and patchy in its content. An analysis of selected chapters will illustrate these points.

The first chapter, “Islam and Leadership of the Community” touches briefly on the political struggles of the early community and some ritual and legal differences between Sunnis and Shia’s but devotes most of its attention to the Ahl al-Bayt (members of the Prophet’s family), as understood by Shia’s. The discussion is very informative but not always directly related to the issue of leadership and there is no discussion of Sunni conceptions of leadership nor of distinctively modern issues, both of which a reader would expect, given the chapter’s title. There is some discussion of modern leadership issues elsewhere, however.

The fifth chapter, “Islam and Nationalism,” plays close attention to the social and political aspects of the issue, including issues of identity, competing religious and national loyalties and the relationship of religion to democracy, using considerable material from the Balkans to illustrate these points. The crucial theological question of whether nationalism is idolatry (shirk) is barely touched upon.

The seventh chapter, “Islamic Economics,” considers both economic activity in Muslim countries and what is often called Islamic economics. The author finds little that is truly distinctive in either. He presents a reasonable and interesting discussion of the various practices and interpretations around interest taking and mentions concepts, such as mudaraba and musharaka without going into detail about them.

The ninth chapter, “Islam and Law,” deals with matters that currently attract attention. It begins by discussing the hadd punishments as an illustration of “crime and punishment” and making clear the contextual and flexible nature of their implementation in practice. There follows a fairly “liberal” interpretation of the punishment for apostasy, and discussions of the freedom to offend religious sensibilities and of blasphemy, with reference to the Danish cartoons and other events. A final section, entitled “Shari‘a Law in the United States and Europe,” focuses on how religious minorities relate to the majority in family matters, dress, and other things. The organization of the chapter as a whole is not clear (perhaps does not need to be) and there is little discussion here of legal theory or the general characteristics of Islamic law.

The eleventh chapter, “Islam and the Other,” begins by noting the importance of the “other” for self- definition and then presents examples mostly from modern Turkish politics (potentially good but likely to confuse the reader). Then there is a discussion of various interpretations or possible interpretations of tahrif (the falsification of their scriptures by Jews and Christians), followed by indecisive discussions of whether the prophets of the Qur’an are the same as those of the Jewish and Christians scriptures and whether the God of Islam is the same as the God of Judaism and Christianity. However, these discussions serve the purpose of allowing him to explore in some detail the difference in conceptions, especially of the person and role of Jesus. Finally there is a discussion of whether Muslims should take others as friends (wali), with varied Qur’anic quotes.

The other chapters in the book are as follows: “Islam and the Qur’an” (2), “Islam and God” (3), “Islamic Design, Civilization and the City” (4), “Islam and Equality” (6), “Islam and Morality” (8), “Islamic Education” (10), “Islam and Belief” (12), and “Islam and Sufism” (13). It is worth noting that the chapters on belief and Sufism have a considerable amount of good, but highly condensed, material on Islamic philosophy. Also, the author is critical of apologetic tendencies and what he calls “Islamic exceptionalism.” For example, Islam is claimed to be a total and distinct lifestyle but, he notes, most other religions make a similar claim. This is a valid point that isn’t often made in my experience.

I largely agree with the author’s point that religious traditions are defined not by commonly accepted principles but by areas of argument and disagreement. Therefore, a book at the (more or less) introductory level structured around these areas of argument is potentially a very positive venture. It can do much to counter the tendency to reify religions that we all find it hard to avoid even though we know the dangers (so forcefully pointed out be Wilfred Cantwell Smith a half century ago). The author is commended for attempting it.

How well he succeeds is another matter. He does not specifically indicate who the intended readership is, but I am inclined to see it as students in an introductory course on Islam, who are also using a more standard textbook. In the hands of a skilful teacher, the material in Leaman’s book would raise a number of important issues and at least get a discussion started, as well as providing valuable supplementary information. The fact that the book lacks clear organization, as a whole (it is significant and appropriate that there is no concluding chapter), and that the same is true for many chapters is not a fatal problem, since students can locate or be directed to the relevant material at any point. Likewise, the highly condensed treatment of many topics is not fatal either, since many of these treatments provide good jumping off points for discussion or further research. This is a book to dip into rather than to read straight through. A reader with little background on Islam would probably get lost or confused pretty quickly by this book. A reader with more substantial background would find much that is superficial (a problem the author recognizes in the “Introduction”), problematically organized and at times tedious but would also find some nuggets of information and wisdom for which he or she would be grateful. 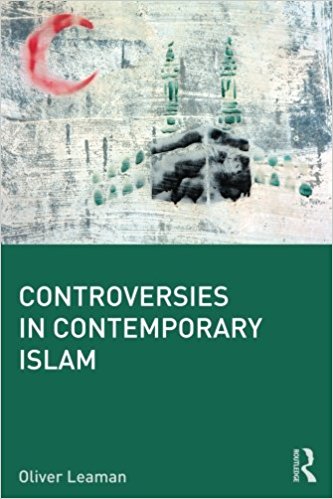 Religious Conversions in the Mediterranean World