Mahmood Monshipouri’s Democratic Uprisings in the New Middle East: Youth, Technology, Human Rights and Foreign Policy fills the gap by providing a substantial analysis of the “extraordinary events of the 2011 Arab revolts and beyond. The role of the youth, new media technologies, rising demand for open politics, open society and human rights.”

Since 2011, various countries in the Middle East and North Africa (MENA) have collapsed, and widespread confusion still remains as a result of citizens’ uprisings, robust political activism, civil disobedience and social networking. The reasons behind these revolts is one of the hottest debate topics in academia, even today. Scientists wonder whether these revolts’ reasons were new technology devices (especially Facebook and Twitter) or democracy, freedom, dignity, human rights and justice. Why have these revolts occurred, and what exactly have the people demanded? Despite the fact that many books, articles, and academic essays have been written in order to answer these questions, an entire work focusing on the role of youth and new media technologies is a welcome addition to the debate. Mahmood Monshipouri’s Democratic Uprisings in the New Middle East: Youth, Technology, Human Rights and Foreign Policy fills the gap by providing a substantial analysis of the “extraordinary events of the 2011 Arab revolts and beyond. The role of the youth, new media technologies, rising demand for open politics, open society and human rights” (p. viii).

Monshipouri begins the work with the wry statement that if one does not know about what was happening in the region between 2011 and 2014, he/she can understand approximately everything about the events between these years. Monshipouri claims that social media and new internet technologies have played a significant role in the developments in the region in contrast to previous revolutionary movements. Social media was used mostly by the younger generation in order to express their wishes and desires for having a more humane life standards in future. Monshipouri stresses that satellite stations such as Al Jazeera are controlled by government and its political narrative; so, according to him, social media confers “new meaning and legitimacy upon notions of power, participation, transparency and accountability” (p. 9).

Throughout the book, Monshipouri frequently mentions the issue of unemployment in the region. According to Monshipouri, the main reason for the revolts is socio-economic; people have demanded jobs first; then popular democracy, freedom, dignity, justice, and human rights. In chapter one, he asserts that educated, but unemployed young people sparked the revolts, and illustrates this point by providing both unemployment rates and educational achievements’ rate, country by country in the second chapter. Also in his first chapter, Monshipouri briefly mentions that young people used social media influentially in order to state their expectations, especially about employment, and they arranged protests and upheavals on Facebook. Many people decided to attend these protests and came together in the streets; social media provided a platform for the grassroots support that made the Arab Spring successful(!?)

In the second chapter, demographic factors are taken consideration, also. Monshipouri argues that the protests were part of a peaceful democratic process, and that the protestors were not terrorist, military or Jacobin. He mentions the “youth bulge” in the region and adds that many of the protestors were genuine young people who had suffered a lot from unemployment, low economic standards and a very poor education system. Even for many who had received a quality education, employment was not available, which further pushed them to revolt. This chapter compares traditional revolutionary weapons with online media; Monshipouri concludes by claiming that social media is more reliable and more transparent than traditional media, which was censored at the time and gave false news.

In the third chapter, Monshipouri acknowledges that social media has empowered young people in the region with a greater sense of choice, and has given them an opportunity for a new self-identification; thus democracy can work here. He argues that the U.S. should support people in their struggle for higher standards of living and a better future, rather than supporting autocratic regimes. He also adds that in this way, terrorist groups could be abolished from the MENA region. Similarly, in chapter four Monshipouri gives in-depth information about how social media reconstructs Arab youths’ social identity in the MENA region, along with religion, gender(especially for women) and hip-hop. Monshipouri presents that women in MENA region started to embrace the notion that “Islam can liberate rather than restrict them” (p.81). Besides, he gives Egyptian women as an example by saying women have substantial place in fighting despotism and corruption in the region. He also argues that “. . . women compassionately treated injuries, emotionally identified and sympathized with protesters’ cause, defiantly challenged the brutalityof security forces…” (pp. 84-85). Furthermore, Monshipouri claims if one person wants to understand newly emerging identities in MENA region, he/she should figure out Arab hip-hop culture and its tie with Arab Spring. Monshipouri mentions that hip-hop was the most symbolic and prevalent soundtrack of the Arab Spring. Thanks to hip-hop soundtrack he adds, activists (who were suppressed by dictator regimes) were mobilized for uprising in the countries and consolidating connection between Arabs living in their homeland and Arab diasporic communities in the West(as cited Renta, 2001). Monshipouri also points that hip-hop soundtrack leads to empower familial, political, and identitity links and connection between diasporic Arabs who have migrated abroad, have been living there for a long time and younger generation who may have never visited their parents’ homeland (p. 93). Monshipouri offers some hip-hop songs’ lyrics and advocates these songs had transformative effect, they influenced people’s mind; so entailed the revolutions in MENA region; for instance, Jasmine Revolution in Tunusia, Color Revolutions in Georgia and Ukraine, Yemen and Palestine (pp. 94-95).

In chapter five, Monshipouri gives brief history of U.S.-Iran relations, and constructs a link between the Green Movement in 2009 in Iran, and the Arab Spring in 2011 in the MENA region. The final chapter provides a broad study of the regional and global influence of the Arab Spring since 2011. It demonstrates that there is a dilemma in U.S.’ foreign policy when it has to choose between pro-western leadership and the real democratic desires of people who live in the MENA region. Furthermore, Monshipouri stresses that the general populous there does not trust the U.S., since the U.S. is viewed as being flawed in its policies toward Iraq and disingenuous in its excuse of bringing democracy. The MENA public does not think that the U.S. fights with combatant terrorists in the region. So, the U.S. should change its strategy if it wants to bring democracy to the region, he suggests.

Considering the book as a whole, one can read it in order to introduce the Arab Spring in 2011, and understand the problems of the MENA region and the role of social media within this complicated circle. However, there are some important missing points. Monshipouri’s book tries to show how social media was effective in the Arab Spring. However, he does not give adequate theoretical information on how social media affects people by benefitting from scientific or scholarly studies. He provides some points of reference, but since the focus of the book is understanding the impact of social media on the Arab Spring, and the impact of media on people’s behavior or on government, this topic should be explained in more depth both psychologically and politically.

In addition, Monshipouri supports democracy in the region and believes it can work there, but how? He does not explain this position adequately. Merely pushing people into the streets by using social media and waiting there is not sufficient for living under democracy. Are these people ready for democracy? This question is not answered satisfactorily in the book. Besides, Monshipouri mentions that the governments write their own narratives using media, but he does not address how the young people might also write their narratives via social media. How will we be sure whether these young people’s narratives are correct or incorrect? Furthermore, it has become clear that these uprisings did not bring democracy or spring, but rather cold winter to the region. Today, Egypt is under the control of the military, which means that democracy will not fit in the region as easily as the author thinks. The Syrian government kills its own citizens and perpetuates a civil war which came into being after peaceful demonstrations began in the streets. In Iraq, religious and sectarian radicals fight with each other perpetually. When we look at this picture, it seems that the Arab Spring did not solve any of the region’s questions or problems, and may have actually made them more complex and difficult to solve.

Lastly, Monshipouri states that if the U.S. were to support the citizens rather than the military rulers in the region, help with the problem of unemployment there and stronger relations were built between U.S. and countries’ in the region, then MENA’s problems could be solved, and even terrorist groups could be spirited away. Unfortunately, this is a naive and unreliable wish that will not come true. The U.S. always pursues what is essential for its benefit (leading to mixed results in the MENA region) as a pragmatic rather than an idealistic country. The merits of the book are following: content of the book is well-designed, the author explain almost everything concisely. Besides, well-organized graphs, tables, numbers, some statistical data make book both more reliable and coherent. The author does lots of citations and references after the end of every chapter and reserves thirty one pages only for references which make the book trustworthy and confidential. Despite the fact that the book is almost two hundred pages, one can learn almost every important events, dates or narratives before and after Arab Spring, reasons behind Arab Spring and how social media and ‘youth bulge’ have an impact on protests and rebellions. One can also learn how hip-hop culture is important for Arab people’s identity both ones living in homeland and ones moved abroad. Furthermore, one can learn how Arab people’s identities have been affected by new technology devices, whether these tools were affective or not for ‘Spring,’ learn Arab women’s point of views toward the revolts as well as the dictatorships, the idea of freedom, dignity, justice; so, they can decide whether these people match with West’s orientalist perspective or not. Hopefully, the region will not deteriorate much further, and will return its peaceful, calm and wealthy times. 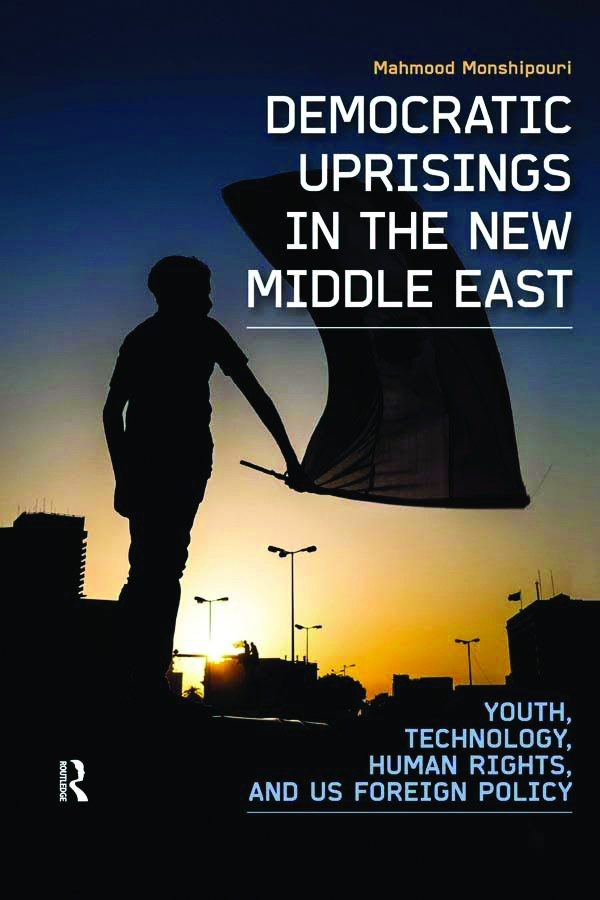 Drones: The Brilliant, the Bad and the Beautiful