Recently, there has been a growing body of literature on the multifaceted relationship between religion, politics and security in both national and global contexts, with a special emphasis on church-state relations and/or secularism. Various aspects and influences of religion on a variety of thematic issues occupy columns, journals and books. However, one might argue that the same does not apply for the study of religious freedom. The violation of religious freedom is a phenomenon that has been observed not only under authoritarian regimes or Third World countries, but also in democratic and so-called civilized nations.

Recently, there has been a growing body of literature on the multifaceted relationship between religion, politics and security in both national and global contexts, with a special emphasis on church-state relations and/or secularism. Various aspects and influences of religion on a variety of thematic issues occupy columns, journals and books. However, one might argue that the same does not apply for the study of religious freedom. The violation of religious freedom is a phenomenon that has been observed not only under authoritarian regimes or Third World countries, but also in democratic and so-called civilized nations. Authoritarian regimes, restrictive state policies, intolerant and hostile societies as well as security-oriented (inter)national political legitimations have tried to control, restrict or suppress the rights of religious groups and minorities and religion per se in the public sphere. In The Future of Religious Freedom, the different reasons for controlling religion through restrictive laws and policies are elaborated from a variety of perspectives.

In 2009, the John Temple Foundation assembled an international symposium in Istanbul on religious freedom. Scholars of law, sociology, politics and international relation from around the world discussed religious liberty. The Future of Religious Freedom consists of 15 articles that were presented at this symposium, where a broad spectrum of issues were covered, including the status of religious liberties under different nations’ constitutions, laws, regulations and governmental policies, as well as public opinion and social pressures. The collection unpacks the status of religious freedom through discussing several case studies, such as the U.S., China, Indonesia, Western Europe, Russia and Turkey.

In the first part of the collection, the status of religious freedom is examined on both the theoretical and empirical level. The contribution of Durham et al. explores the fact that the importance of religious freedom is increasly recognized in international declarations and treaties like the UDHR. Although the articulation of this right in international law is “recognized and affirmed in the overwhelming majority of the world’s constitutions” (p. 35), many states’ attitudes towards religion fails to fulfill these promises. Howard, on the other hand, focuses on the influence and limits of legal protection on religious freedoms. Through the examination of various laws related to religious liberty, such as the Defamation of Religion in the United States, the Indian Anti-conversion Law and the Indonesian Blasphemy Act, he rightfully concludes that law can enhance religious freedom as long as it empowers individuals and minorities rather than majorities. Grim’s analysis o the issue is based on the Pew Forum’s data on the Global Restriction of Religion from 2009.The outcome, as Grim notes, is severe as “64 nations have high or very high restrictions on religion” (p. 87).

In the second part, Gill focuses on religious pluralism and freedom, and asserts that they are interconnected phenomena. That is, the presence of “religious pluralism” is one of the significant factors that ensure policies of “religious freedom” and vice versa (p. 108). On the other hand, through examining Chinese practices, Yang argues that although religious freedom protected under the constitution, it has been subjected to repression, violation and eradication. However, the regime’s restrictive policies towards religion with the aim of “reducing and eventually eradication religion” (p. 139) have not been successful, as they have led to the creation of religious markets, which people are likely to get involved in when faced with the regime’s restrictions. In chapter six, Lunkin examines how traditional religions, including Orthodox Christianity, Islam, Buddhism and Judaism, have enjoyed more freedom than other unrecognized religions in Russia. Yet, Lunkin argues that although religious freedom is better respected than ever in Russia, privileging some religions over others does not provide contribute to overall freedom in a nation but generates more challenges in general.

In the third part of the book, Luxmoore and Ferrari focus on the church-state dynamics in Eastern and Western Europe. Luxmoore examines developments in state-church relations in the post-Soviet era and religious freedom laws that have passed in the Eastern European countries of the Czech Republic, Slovakia, Poland, Croatia, Hungary, Romania and Ukraine. Ferrari, on the other hand, focuses on three Western European countries: Italy, France and the UK. Ferrari’s concern with state-religion relations in these nations is related to social cohesion and citizenship. For instance, he examines the Italian model by emphasizing the fact that the notions of social cohesion and citizenship are “build around a particular religious and cultural tradition” (pp. 208-212). Alternatively, the French model has increasingly become exclusivist towards religion in the public sphere, thus privatizing religion. Finally, the British model relies on the idea that social cohesion does not necessarily “require a homogenous set of values” (p. 210); rather, it seeks to benefit from its multicultural and multi-religious culture by accommodating various faiths.

In the fourth section, Constitutional Models, Law and the Islamic Experience, Kuru examines the problems facing Muslims in the U.S. by evaluating the American paradigm of passive secularism. According to Kuru, challenges related to Muslims did not emerge as a result of passive secularism, but rather in spite of it. Toprak, on the other hand, focuses on “social repression and governmental discrimination in Turkey” (p. 256). She focuses on freedom from religion rather than religious liberty per se. She exemplifies how secular lifestyles are threatened by public displays of faith and how freedom from religion is important. Her analysis is based on highly contested research collected in 2009, which received noteworthy criticisms of being biased. Küçükcan, in contrast to Toprak, argues that Turkish society increasingly “appreciates and accepts diversity” (p. 271). For him, “social pressure and discrimination are attributed to religious conservatism in Turkey” (p. 273), the draconian policies of the Kemalist regime, and the secular elites, whose contribution to these discriminatory attitudes in in society was ignored. According to Küçükcan, the Kemalist regime has a long tradition of discriminating not only against the Alevis and the Roma but also against Muslims. In chapter 13, Şentürk examines religious liberty in Islamic jurisprudence and underlines the “inviolability” of religious freedom in Islam (p. 290). He asserts that as a result of the effective implementation of human rights legislation as part of Islamic jurisprudence, Islamic communities in the past (e.g., Andalusia and the Ottoman Empire) provided greater freedom and autonomy for religion.

In the final component of the book, Seiple and Hoover assess “the contested relationship between freedom of religion and security” (p. 316). They argue that prioritizing security over religious liberty failed to promote stability because religious freedom “is foundational for sustainable security” (p.318), rather than an obstacle. Thus, the violation of religious liberty in the name of security generates major security problems (p. 320).

The Future of Religious Freedom is an exceptional collection that covers a broad spectrum of issues and challenges pertaining to religious freedom across the globe. It provides comprehensive theoretical and empirical insights and analyses on religious freedom. This is a significant contribution to the studies of religious freedom within the global context. I would strongly recommend this well-edited book not only to academics and students, but also to politicians and policy-makers. 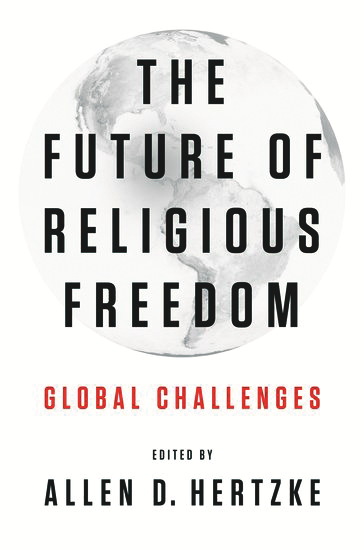 Why Turkey Needs a Post-Kemalist Order