Laurence Raw’s volume, Exploring Turkish Cultures, makes a significant contribution to English language scholarship on cultural life in modern Turkey. It is a collection of conference papers, journal articles and lectures which Raw has authored over his academic career in Turkey, clustered into three sections on the fields of education, theatre, and film. The chapters offer social scientists and historians a rare insight into the cultural ramifications of the policies they analyze, while presenting cultural historians with rich empirical material.

Laurence Raw’s volume, Exploring Turkish Cultures, makes a significant contribution to English language scholarship on cultural life in modern Turkey. It is a collection of conference papers, journal articles and lectures which Raw has authored over his academic career in Turkey, clustered into three sections on the fields of education, theatre, and film. The chapters offer social scientists and historians a rare insight into the cultural ramifications of the policies they analyze, while presenting cultural historians with rich empirical material.

The book’s main strength, and what moves it beyond an exclusively cultural studies readership, is the way in which the historical and political context is used in its analyses of Turkish culture. Raw discusses both the state sponsorship of culture, through the Ministry of Education and its Translation Office for example, and independent arts productions at different historical moments in Turkey. One example concerns the mediation of European and American cultural production. Thus Arthur Miller’s Death of a Salesman, widely interpreted as a critique of the American Dream, received “considerably more optimistic” treatment in 1950s Ankara (p. 214), during the US-oriented Democrat Party era, while today, the same play is seeing fresh interpretations in Turkey.

Raw’s writings have a dual mission—to unpack essentialisms in relation to Turkey which originate from the West, and those prevalent amongst Turks themselves. Raw’s introduction therefore begins by blasting the stereotypes affecting Turkey’s European Union (EU) bid. Raw applauds the Radio 4 series Postcards from Istanbul for “exploding” these. In Istanbul, he says, “a city whose people feel at ease with complex and fluid cultural constructions, such binary oppositions as individualism and identity, west and east, past and present no longer seem very significant” (p. 63). Raw later analyses Tunç Okan’s 1974 film Otobüs on Turkish emigrants in Sweden, affirming that its statement on European orientalism “still holds true today” (p. 275). In discussing Western-Turkish relations, the author’s own voice might have proven problematic, but Raw navigates this by disassociating from Eurosceptic arguments and noting Turkish reactions to them. He shows how curators of Turkey’s Mediterranean-region museums “reinvent” Eurocentric notions of “classical past and exotic present” (p. 104). Raw also analyses new historical films which exhibit “secular populism”, a strand of nationalism that rejects both Western orientalism and state brands of Turkishness (pp. 353-4).

The second theme addresses nationalist orientalist notions inside Turkey itself to highlight the diverse experiences of different Turkish citizens and “focus on how individual lives are constructed” (p. 74). Raw critiques the enduring secular nationalism of the Turkish state and its imposition of cultural homogeneity, whether through the headscarf ban, historical museum education, or the limits on Kurdish expression—as exposed in the 2009 documentary Iki Dil Bir Bavul. Meanwhile, Chapter seven examines how Turkish opinion-formers have dealt with postmodernist notions, whether of identity, state control, or knowledge production, and gives careful voice to all sides. Raw highlights the work of Turkish Cypriot director Derviş Zaim, who is quoted asking a critical question: “whether it is possible for contemporary Turkish filmmakers to create a work of art ‘that places neither ourselves, nor others into the position of “other”’” (p. 288).

In terms of the book’s structure, Raw begins with “Education, Culture and Politics”, discussing the impact of state policy and pedagogical debates on educational institutions in Turkey. The chapters range over the restructuring of cultural studies in various universities’ humanities departments, EU-inspired proposals on teaching oral and local histories, and the construction of Euro-American cultures in foreign language teaching. Raw emphasizes learner- over teacher-centered methods, hence the detailed description of his interactive poetry classes, and the invocations of Ismail Hakkı Tonguç, the pioneer of Turkey’s Village Institutes.

The following sections are on “Theatre and Film”: here a real strength of the book is as a rich empirical source on cultural production in Turkey. Raw begins with concise introductions followed by extended interviews with giants of Turkish theatre and film such as Cuneyt Gökçer, Yıldız Kenter, Genco Erkal, Nesrin Kazankaya, Ayhan Işık, and sultana Türkan Şoray. Raw explores the individual quests of several post-nationalist artists towards the common goals of intellectual freedom and social equality. He also notes failures along the way, discussing the 1993 Sıvas fire for example, and critical scholars such as Azim Bezirci who perished in it.

One weakness of the book, despite Raw’s generally accessible style, is that he occasionally offers too much narrative, paraphrasing other writers’ arguments more than analyzing them. In some places, his summaries of these writings are so condensed, traversing complex theories (linguistic, pedagogical, philosophical) and historical moments, that they are difficult to follow.

It should also be noted that the book, while underlining its theme as Turkish cultures, is weighted towards a critique of mainstream or state-sponsored culture, rather than presentation of alternative cultures. There are no chapters on the cultures of the Kurdish south-east, or of rural Anatolia, but rather on education and the arts in Ankara and Istanbul, both state-directed and subversive. Meanwhile, the artists interviewed in the book describe their multiple reference points from American and European, even Russian, literature, while the entire cultural world to the east of Turkey is hardly mentioned throughout. Despite its zeal to surpass the dichotomies of West/East, urban/rural, secular-progressive/religious, the book founders at times on its constriction within these very parameters.

These insights only underline the need for further English-language scholarship on Turkish culture—Laurence Raw’s volume is a significant contribution to this endeavor. He has written an informative volume, placing individual rights, pluralism and democratization at the heart of each chapter’s agenda. 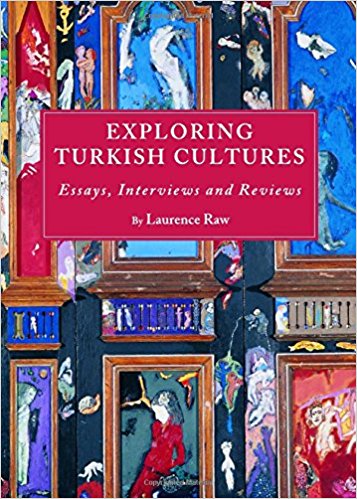 Muslims in Modern Turkey Kemalism, Modernism and the Revolt of the Islamic Intellectuals