As a professional journalist, Mathew Carr travels to most of the fortress borders, including the Schengen borderlines, and remote detention centers such as the Spanish-Morocco border and Abuja in Nigeria. He bases his analysis of the hardening of Europe’s borders on a series of journeys he took to these areas. He describes the physical and political as well as the bureaucratic problems rampant in undocumented immigration, including the misuse of laws, and the abuse of geographical position. His objective, as stated in an introductory chapter, is to expose the discrepancies in the immigration policies of Europe and other countries.

Carr describes the actions of signatory countries that aspire to join the EU; these countries have implemented a rigorous plan to deter immigrants before reaching the mainland. Though Turkey is also interested to join EU, the author didn’t mention about the country’s migration policies.  For example, Carr mentions a Turkish detention center in Istanbul where security gourds are afraid of the media and observers who might make a report against Turkey. Author intended to visit several countries’ detention center. And he was barred from visiting those detention centers by the authorities of those countries. Though he only mentioned about the prohibition to enter into Istanbul detention center, Turkey only. Carr might forget to mention that the EU has been irregular in its reimbursement of promised funding for signatory countries; he omits to mention the financial reimbursement of signatory countries where these countries are accepting regular immigrants.

Carr describes the Schengen agreements, which are structured to make a continent without internal borders; despite the long-term fickleness of those borders, these agreements indicate that people such as the elite classes could have loyalties to their neighboring countries while retaining an independent identity. This, he suggests, is the way forward, not the “fortress Europe” of his title, which is in danger of “falling into something that may not be fascism but may not be far removed from it.” Such rhetoric may sound hyperbolic until one considers the governments of, say, Poland and Hungary, with their hardline stance on immigrants.

Carr describes Islamophobia similarly to Samuel Huntington, who identified Islam as one of the most powerful religions poised to start a clash of civilizations. Carr portrayed that despite their high level of education, many high ranked European personnel’s marked immigrants as “a potential Islamic invasion perpetrated by very well trained young men who could strike Europe, beginning a war here” (p. 98) . Actually, this form of Islamophobia is nothing but an absurd issue raised by European writers and the media. In some cases, Carr describes clear instances of racism, for example in Greece, where citizens have raised alarms that undocumented immigrants are insulting Greeks, the Christian religion, and civilization itself. This statement clarifies the extent of the sacrifices being performed by signatory countries such as Jordan and Turkey, and their abjurance of racism. Europe works hard to hide its secret policy of accepting asylum seekers from among non-Christian countries, when the seekers are skilled workers. In this sense, European Union signed an agreement that they would accept undocumented migrants, whereas in practice they only accept undocumented migrants if they are skilled workers and EU are in need of those. Carr quotes actual scenarios drawn from articles arguing that nowadays Europe is facing a lack of skilled workers to continue their advancement; if Europe doesn’t accept immigrants they will lose their global trading position.

Police and border guard brutality figures prominently in different chapters of Fortress Europe. Police and guards are among the main actors making borders violent; at times they even directly or indirectly support human traffickers. Carr also mentioned that in normal situation border guards do not allow undocumented migrants to enter, while the government is also spending a big portion of their budget to prevent migrants by building wire fence in border. In spite of this situation, Carr does not mention the Re-admission signatory countries’ contribution in providing residence for the undocumented immigrants in their countries.

With that verse, every coin has two sides, history of Europe shows that the some noble person sacrificed their job, belongings, social status and also entitled as Traitor by their own society just to provide shelter to migrants and refugees. Although they are not large in numbers, their presence shows that Europe has something to teach the rest of the world in terms of humanity. Last but not least, Carr laudably critiques the fate of undocumented immigrants stuck in remote detention centers or living on city streets for years. Fortress Europe deserves praise for its call for a more humanitarian approach to the problem of undocumented immigrants. 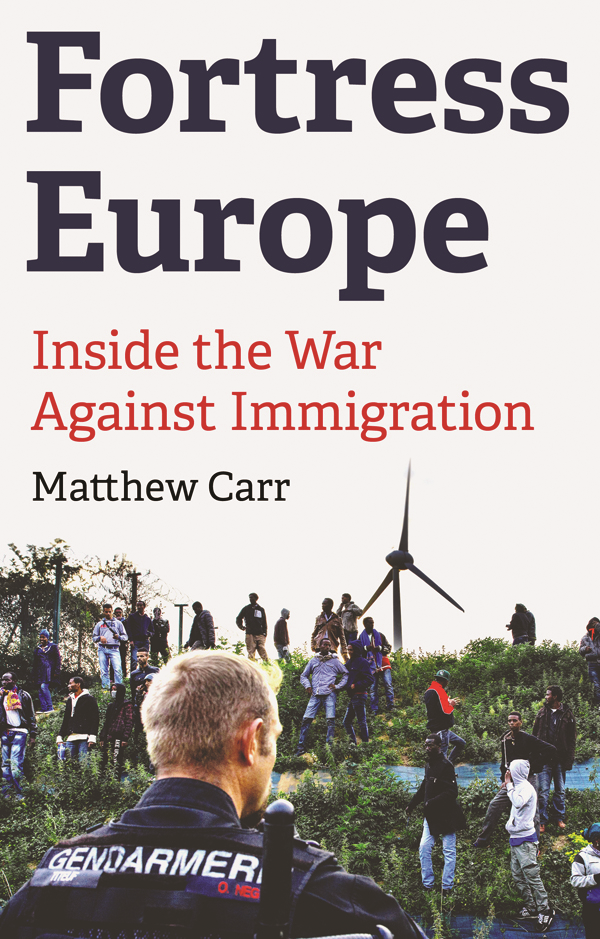 EU Values and Interests in the Resolution of Nagorno-Karabakh Conflict: French Unilateralism