Syria and Egypt merged to form a new state under the name of the United Arab Republic in 1958. The Syrian Ba’ath executives strongly desired to establish this state, but the result was not what they expected. Under the strong control of Nasser, the Syrian Ba’ath Party rapidly weakened and the situation of officers deteriorated. On top of this, a group of Ba’ath people, including Hafez Assad, took over with the coup. His son, Bashar al-Assad, who was the new dictator after Hafez Assad’s death in 2000, maintained the same empire of fear that his father had established. However, the authoritarian regime in Syria did not dodge the popular waves in the region after 2010.

Filiu claims that the most important reason for the failure of the momentous attempt at revolution is the Arab deep state. According to his analysis, the Arab deep state uses a number of arguments, tools, and mechanisms to consolidate the presence and legitimize the continuity of the current regime, among them the worn-out argument of defending Arabs against the Zionists and the Crusaders. These tools were successful in legitimizing the incumbents’ clamp on Arab society in the same way that Egyptian leader Gamal Abdel Nasser or Houari Boumedienne of Algeria had done in the past. This attitude actually caused jihadi organizations to become widespread in the region. According to Dr. Filiu, the democratization movement that took place with the Arab spring has not succeeded in target countries such as Egypt, Libya and Syria.

Filiu makes a useful analogy between how the above-mentioned, strategically-used argument of defending Arabs against Zionists and Crusaders, and that of the Mamluks, who had claimed they fought against the Mongolian hordes in order to defend their nation. Hence, Filiu calls modern Arab security establishments ‘modern Arab Mamluks’ (pp. 47-48).

On the other hand, counter-revolutionaries played an important role in the escalation of radicalization, especially after the Arab spring. In this context, Salafi-Jihadi groups have received significant support from the Arab deep state. It is now a well-known fact that once the revolutionary fire was lit in Syria, the Syrian deep state did two things in particular to hijack the revolution: it first released extremist prisoners from Syria’s infamous prisons to hijack the revolution and force the West to eventually come to a point where it had to choose either ‘radicals’ or ‘Assad.’ It therefore actively colluded with ISIS and al-Qaida, using regional actors to reach its target of maintaining its hold on power. The regime also collaborated with the PYD and its armed wing the YPG, both being the PKK’s Syrian franchises, in order to prevent Kurds from joining the revolution, therefore cutting a crucial support base for the revolution.1

Despite his impressive knowledge and experience, Filiu underestimates the influence of Salafi ideology on the region. This movement first emerged  after the Ottomans started losing their dominion in the first half of the 18th century. The ideology sprang up in Saudi Arabia, supported by the British empire, and was based on the ideas of Ibn Taymiyya, who was a significant supporter of traditional Islamic jurisprudence. The movement took its final shape from Muhammad ibn Abd al-Wahhab. This indicates that the sectarian nature of current conflicts in the region plays a supportive role for jihadist terrorist organizations which is far too great to be underestimated. That is, not only the exploitation of jihadi groups by deep states but also misinterpretation of religious scripts deepen sectarian rifts in the region and are used to extend sectarian ideologies, the most obvious example of which is Wahhabism. Filiu also downgrades the influence and politics of Iran in the region. The destruction of the Baghdad administration after the invasion of Iraq and its replacement with a sectarian Shiite structure with Nouri al-Maliki as Prime Minister from 2006 and 2014 resulted in the oppression of Sunnis, which created a well of resentment and frustration in the country, thus paving the way for ISIS to emerge.

Another slight weakness in the book is that although it is very rich in details and anecdotes, the sheer number of names, groups, and dates makes the book difficult to follow. Filiu’s account also suffers from a technically false depiction of the historic borders of al-Sham (Bilad al Sham has been described as the country of al-Sham, Sham also being the name of Damascus in Arabic and in Turkish) (p. 25). However, al-Sham is the region bordering the Eastern Mediterranean Sea, usually known as the Levant or the region of Syria, i.e. modern Syria, Lebanon, Palestine, Israel, Jordan, Cyprus and the Turkish Hatay province.

Also, Filiu fails to make a right connection between the dictatorial administration of the Arab countries and the political attitude of Erdoğan in Turkey. Filiu constantly puts forward the Islamic identity of Erdoğan, arguing that Erdoğan’s dictatorial attitude reveals his dark side (p. 11). In this context, it must be understood that some of the author’s allegations are based on newspaper headlines.

Filiu has presented this work to us by combining deep experience and extensive research on the region. From Deep State to Islamic State should be studied by scholars and researchers who want to do in-depth work, especially on the Middle East and North African. 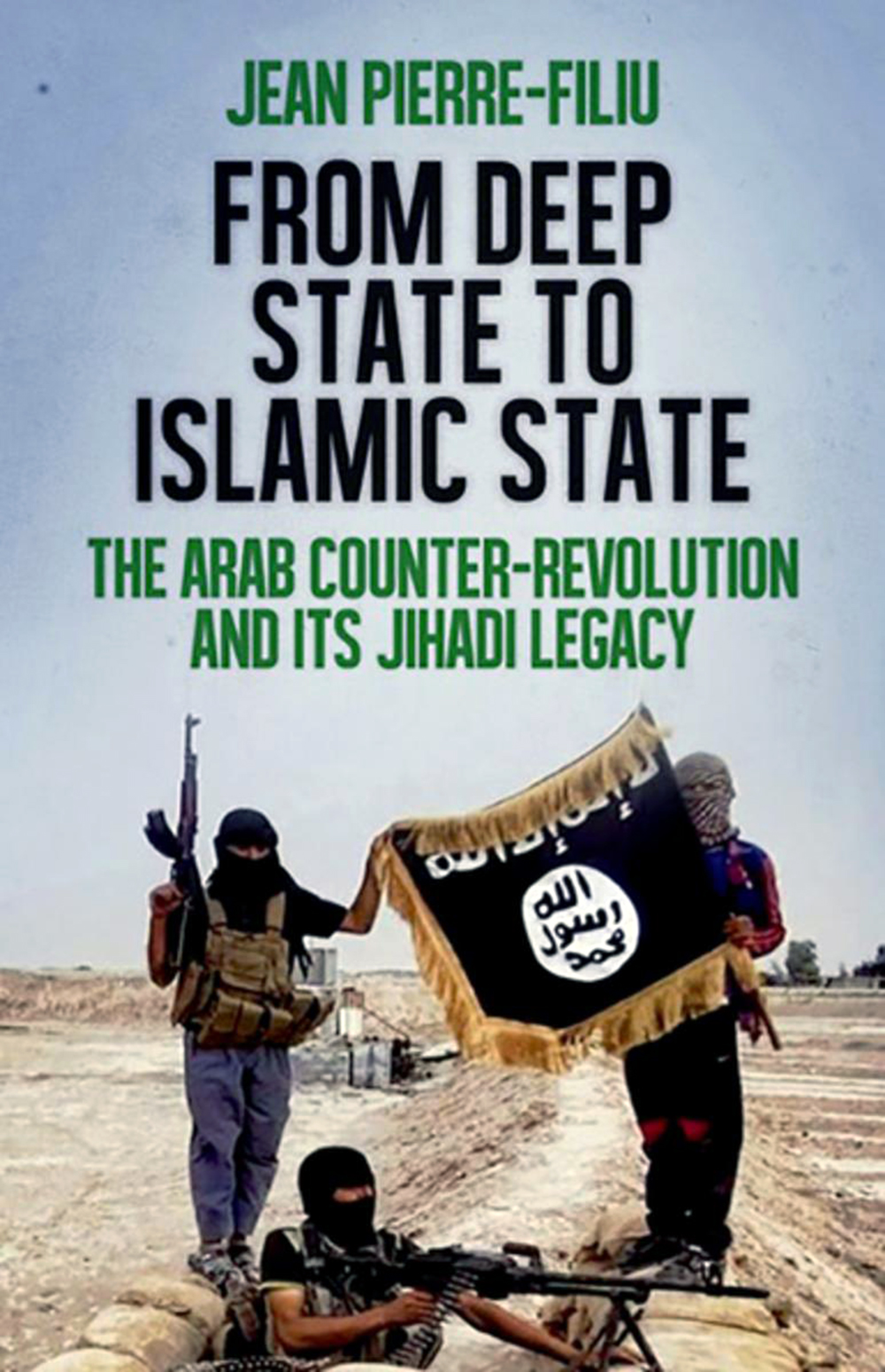