In the Shadow of Sectarianism: Law, Shi‘ism and the Making of Modern Lebanon

Enter Max Weiss’ “In the Shadow of Sectarianism,” an important book, which goes some way to correcting this anomaly by bringing back the Shi‘i community to the centre of Lebanese history and providing what amounts to a fascinating study of the evolution of Shi‘i sectarianism in the making of modern Lebanon. His conceptual handling of sectarianism, which he addresses in his detailed prologue is relevant and sophisticated, and has comparative value for understanding how the processes of sectarianism evolve (whether in Lebanon or elsewhere).

His conclusions on the future of sectarianism in Lebanon are equally relevant, and those scholars, advocates, politicians and others who believe that sectarianism in the Lebanese political social environment can be undone or should be eliminated because of its obviously many drawbacks, would do well to closely read Weiss’ conclusions. In fact, it is worth including here a somewhat detailed extract from his epilogue: (p. 236)

If Modern Lebanese sectarianism has been made, it can certainly also be unmade. Like the making of Lebanese sectarianism, though, the unmaking would inevitably hinge on complex institutional and discursive transformations as well as profound reconceptualizations and reformulations of deeply entrenched systems of law, ideology, and culture. This most difficult task of imagining and building an alternative, non-or trans-sectarian social and political framework would work against many of the inertial forces now hegemonic in Lebanese political, cultural, and civil life. Such an agenda, moreover, would have to be addressed to restructuring educational, media, political and legal institutions, all the while showing respect for alternative modes of identification and associational life.

The body of the book provides a case study on the evolution of Shi‘i sectarianism through the lens of social, legal, and religious history during French mandaterule (1920s-1940s), a period in which much of the territories inhabited by the Shi‘i community came under Lebanese territory. Weiss’ findings are based on field research conducted in Lebanon during 2005-2006 in which he made use of primary sources previously ignored, namely documents from the Ja‘farishari‘a courts. As he explains, “despite its controversial position as part of the colonial state bureaucracy, the Ja‘fari court was the most important Shi‘i institution in Lebanon prior to the establishment to the Supreme Shi‘i Islamic Council in 1969.” (p.35) The Ja‘fari court was empowered to adjudicate matters of personal status – marriage, divorce, inheritance, property, etc. and was the key institution linking the Shi‘i community and the State. It is, apparently, the first book to rely on the records of the Ja‘fari courts, and this point alone makes the book well worth reading.

Through his readings of the Ja‘fari court documents, as well as other sources, Weiss explains the critical processes that helped to shape Shi‘i sectarian identity. An excellent example of how this dynamic worked follows: (pgs. 3-4)

Shi‘i sectarian identity was fundamentally, albeit gradually, being transformed and reimagined during this period. Through administrative techniques reliant upon formal recognition– namely, the sanctioned public performance of hitherto forbidden religious practice as well as the establishment of new jurisdictions of Shi‘i “personal status” which would subsequently be developed into the broader category and practice of family law – the French colonial state contributed to rendering the Shi‘i community in South Lebanon and Beirut more visible, more empowered, but also more sectarian, in ways that it had never quite been before.

In fact, as Weiss saw it, the process was “so gradual, so subtle” that most historians simply missed it. Rather, they appeared to have looked to the second half of the 20th century and the rise of a movement led by the charismatic Musa Sadr as the departure point of Shi‘i sectarian identity, political mobilization, and empowerment. Weiss’ account corrects this view arguing that the gradual historical process of transformation of Shi‘i sectarian identity had gone on for much longer than was previously recognized, and was particularly active during the French mandate period.

Weiss’ treatment of the mandate period, and, in particular, the interaction between the colonial power, and the Shi‘i community that lived within Lebanon’s borders is particularly well done. He develops a complex picture of this interaction in which both parties are willing participants in the development of Lebanese institutions, and the overall political process; in fact, one could say that the Shi‘i community was willingly co-opted. Weiss refers to this process as “sectarianization from above,” colonial or elite strategies of divide and rule, and “sectarianization from below,” simultaneous Shi‘i demands for sectarian rights and religious recognition.(pgs.11 and 231).

As Weiss explains, the “Shi‘i community was actively seeking to find a way to integrate into the national leadership and the state structure,” (p. 210) during the mandate period. He argues, for example, that the Shi‘i leadership was trying to gain greater political power, and felt left out of the National Pact, the unwritten agreement between the leaderships of the Sunni and Maronite communities that effectively carved out post-independence political power in Lebanon between them to the detriment of other communities including the Shi‘i. Weiss’ argument helps to break certain myths regarding Shi‘i passivity or indifference to the Lebanese state during the mandate period.

With respect to the organization of the book, it is not a long or difficult read – a prologue, epilogue and six chapters over 236 pages, and also includes a pre-mandate historical account of the Shi‘i community in its traditional geographical homeland Jabal ‘Amil. The book is, however, designed for the specialist in Lebanese history/politics, although the wider community of historians and social scientists who are interested in 1) the relationship between the colonial power and the colonialized, and 2) the complex processes involved in the formation of identity including sectarian identity, would also benefit from this study. We are, after all, seeing a resurgence of latent communal identities throughout the Arab world, and are entering a period of strong sectarian tensions, so a book that provides some context for understanding sectarianism is a welcome read. 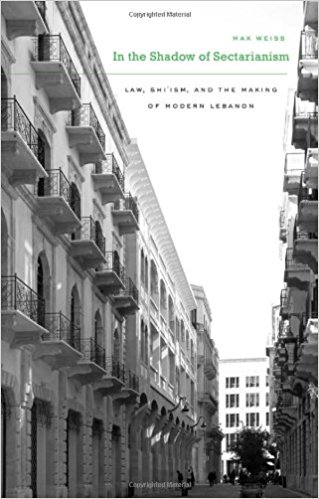