As of this writing in late February 2017, ISIS has lost much territory and financial capital since their peak a year or so ago, when the book under discussion was about to go to press. In this regard, the author of ISIS: A History, Fewaz A. Gerges, would not have been surprised, having written: “As a totalitarian-religious movement, ISIS will ultimately self-destruct, not because it commits evil deeds, but because it lacks a political imagination and its ideology is deeply at odds with the values and ways of life of local communities” (p. 29).

As of this writing in late February 2017, ISIS has lost much territory and financial capital since their peak a year or so ago, when the book under discussion was about to go to press. In this regard, the author of ISIS: A History, Fewaz A. Gerges, would not have been surprised, having written: “As a totalitarian-religious movement, ISIS will ultimately self-destruct, not because it commits evil deeds, but because it lacks a political imagination and its ideology is deeply at odds with the values and ways of life of local communities” (p. 29). Its obituary, however, is far from written, which also does not remove its legacy inspiring groups in the future. While weakening and diminished, ISIS (as a Salafi-jihadist movement) remains a threat either through lone-wolf inspired terrorism (especially abroad) and through the bumbling, and often self-defeating way foreign powers continue to try to influence and refashion the Middle East in their own images. Add to this the rise of xenophobia and Islamophobia in some parts of the West with corruption and political tyranny within Arab state systems, then groups like ISIS can have the recruiting done for them.

While often repetitive, Gerges’ book helpfully provides historical context to the creation, fall, and rise of ISIS, connecting its impact and fashioning from seeds planted in the First Gulf War, and especially the destruction and occupation of Iraq in the Second Gulf War. Coupled by the coalition and Iraqi leaders’ failure to promote “an inclusive national project and rebuild the political landscape” in Iraq (pp. 116-117); to the alleged failures of the Arab Spring (allowing ISIS to claim their way is the only viable way); and the war in Syria (where competing foreign and Syrian claims and interests provided the discontent and desperation for many Sunnis to side with ISIS as an only or last option). Gerges, moreover, is adamant that “of all variables empowering ISIS, the anti-Shia, anti-Iranian factor tops the list” (p. 17). ISIS’ main aim is to defeat whom they see as the main enemy: Shia Muslims, with foreign enemies (especially the United States) deemed secondary.

The book consists of eight chapters and a conclusion focused on ISIS’ future. Chapter one and chapter two provide an overview of ISIS ideology and the historical contexts from which ISIS arose, particularly focused through narratives of key individuals like Abu Musab al-Zarqawi, leader of al-Qaeda in Iraq, which played a formative influence in the development of ISIS. Chapter three details how the broken political landscape in Iraq fueled discontent and sharpened the Sunni and Shia divide, giving space for Salafi-jihadist groups to spread their message through violence. Chapter four then traces the rise of ISIS’ founder and current leader, Abu Bakr al-Baghdadi while chapter five examines the question of the role and influence of Iraqi Baathists within ISIS. Chapter six contends how the Syrian War provided a crucial context for ISIS growth during a period of stagnancy while chapter seven interestingly argues how a failure to realize democratic dreams within the Arab Spring strengthened ISIS’ claim of being the only real option for Muslims. Chapter eight then compares ISIS and al-Qaeda and how they not only differed but have been in conflict at various points.

At times the repetition in the book can be helpful, as unfamiliar readers will feel lost from the proliferation and splintering of various militant groups, along with names that will resemble one another, from ISIS’ leader and self-proclaimed Caliph, Abu Bakr al-Baghdadi to Abu Omar al-Baghdadi (d. 2010, the previous leader of the Islamic State of Iraq). The writing, however, at times seems rushed and readers will find few memorable and vivid descriptions of the people and places evoked, unlike Graeme Wood’s The Way of the Strangers: Encounters with the Islamic State, or Charles Glass’ reporting and travels in Syria for The New York Review of Books (see also his Syria Burning). Although both the above writers are journalists, historians at their best blend deeply-researched and methodologically sound accounts with a penchant for narrative zeal and rich characterization and turns of phrase. Those looking for such writing, will not find it in Gerges’ dry text, though there were hints of this creativity in the title of the introduction: “Down the Rabbit Hole and into the History of ISIS,” which is the most enlivening and worthwhile chapter in the book. Such a metaphor is apt because the world according to ISIS, as Georges depicts in chapter one, is a Manichean one of us against them: either you ascribe to ISIS ideology in full or you are an apostate or infidel and so deserving of death. In such a world there is no pluralism, democracy, dialogue, or compromise, at least in any sustaining way as ISIS may employ such tactics until overwhelming force can be deployed with an assured outcome.

ISIS’ aim is to extend and establish a Caliphate faithful to how ISIS interprets Islamic law and history, which means a history that conquers through a violent and totalizing Islamic faith. Just as Catholics now separate their faith from the Inquisition or Crusades, the majority of Muslims distance themselves from ISIS ideology, but sadly, religious doctrine was crucial to ideology behind previous Catholic violence and remains essential in ISIS’ ideology. While the Second Vatican Council in the 1960s was the momentous step towards creating a Catholic Church in support of human rights, dignity, and interfaith dialogue, such a Muslim-wide revolution can sometimes seem to be still in its sporadic, early stages. At the same time, Western amnesia towards their own colonial, cold war, or war on terror political and moral debacles continues with little sign of change, especially with Donald Trump in the White House and the rise of the political right in Europe. Meanwhile, stories of sustained democratic, pluralist hope and progress remain untapped across most of the Middle East and in countries like Egypt. All of this helps to maintain the attraction and relevance of ISIS, even as it loses land and revenue. As Gerges writes, “a revolution of ideas” (p. 293) is needed to best contend with and defeat ISIS ideology. 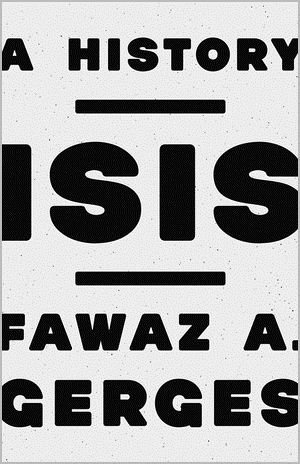