Islam and the Veil: Theoretical and Regional Contexts

No matter how many attempts there have been to clarify the significance of the Islamic veil it remains a hotly contested issue. In Western civilizational discourse it is taken to be a symbol of women’s oppression and, beyond that, of Islam’s inability to grant gender equality and so of its followers’ unsuitability for membership in the countries of secular/Christian Europe. In an ironic transformation of its literal meaning as a curtain or screen to preserve modesty by segregating the sexes, the hijab has become, for its critics, the flag of an Islamist insurgency.

No matter how many attempts there have been to clarify the significance of the Islamic veil it remains a hotly contested issue. In Western civilizational discourse it is taken to be a symbol of women’s oppression and, beyond that, of Islam’s inability to grant gender equality and so of its followers’ unsuitability for membership in the countries of secular/Christian Europe. In an ironic transformation of its literal meaning as a curtain or screen to preserve modesty by segregating the sexes, the hijab has become, for its critics, the flag of an Islamist insurgency. There is no denying that in some contexts the decision by some women to wear the veil has political implications, but these seem less about imposing theocracy in France or Germany or Britain or Switzerland than about demanding recognition for the religious beliefs and practices of members of minority populations who often experience social and economic discrimination because of their religion.
This book, a collection of articles from the University of Gloucestershire’s annual Islam conference, is another effort at clarification. In this case, the presumed audience is British; most of the authors are based in the United Kingdom and the material they draw on comes from there. In addition, there are several papers that examine the sources (theological and historical) for the belief that modesty requires women to cover their heads (and sometimes their faces).
The goal of the book is to challenge the notion of a singular, unchanging Islam and to replace it by demonstrating the diversity of interpretation and practice among Muslims, past and present. The authors of the articles differ in their readings of the Qur’an and of the hadiths that have implemented its teachings over the centuries. They differ, too, about whether or not, and how much, Muslims should adapt to the habits of the countries to which they have immigrated. Some argue that veiling is not necessary for the achievement of decency, modesty and propriety, insisting that “conforming to local custom in terms of dress is an ancient characteristic of Muslim communities” (p. 77). Others emphasize the importance of maintaining Muslim identity (and so the need to cover and wear loose clothing) in hostile environments. Some wonder why it is women, but not men, who must maintain gender separation: “Does the social anthropology of a desert climate impact so much on Islamic practice that it dictates the dress of half of its adherents, even after a millenium?” (p. 101) Some suggest that veiling enables the desexualizing of public space and so creates a safe and comfortable environment for women. One of the authors regrets the narrowing of the original egalitarian vision of the Qur’an: “there is no doubt the Qur’an sees women as equal members of the human race, with an equal spiritual presence, equal accountability before their Lord… equal free will and freedom of conscience… equal liability for their dealings with other human beings, and an equal responsibility to obey divine commandments” (pp. 115-16). Another attributes this most recent narrowing to the writings of Sheikh Sayyid Abu’l-A-‘la Mawdudi (1903-1979), the founder of Jamaat-i-Islami in 1941 (pp. 36-47). This kind of historicizing gesture dominates the essays in the book; even the textual exegesis of Qur’anic passages relating to the hijab by a part-time imam insists on the importance of “culture and context” (p. 80).
For all the diversity of views, there is a common theme. The headscarf or veil is most often the choice of the women wearing it. They do so as a matter of dignity and respectability and they are not (in most cases) forced to do so. The veil is a “metaphor for an interior state of modesty” (p. 56) and it commands respect in public places. It offers protection from unwanted sexual advances (in this it recalls the class origins of the custom in the time of the Prophet when free women distinguished themselves from slaves by covering their heads and bodies). The veil signifies its wearers’ aspiration to piety and it signals an identity that is at odds with what are taken to be Western standards that are indecent and promiscuous. The authors emphasize that wearing the veil is a personal right, a human right of conscience and freedom of religion. One of the essays is sharply critical of the European Court of Human Rights’ decisions supporting various states’ (including Turkey’s) outlawing of headscarves in schools and other public places (pp. 156-60). The contention of its author, as of many of the other authors in the volume, is that no threat is posed to the security or democracy of European nations by their pious Muslim populations. The articles based on interviews with hijab wearers show that their religious practice is consistent with their patriotism. They are at once French or British (or Canadian) and Muslim; the only conflict with these identities is the one imposed externally by state interference with their religious practice.
Since it is their aim to counter the political hysteria that often surrounds discussions of headscarves and the other public aspects of Islamic religious practice, the book neglects some problems that need also to be discussed. These include the instrumentalization of Islam by political leaders whose aims differ from the majority described in these pages (I think of Islamist: Why I Joined Radical Islam in Britain, and What I Saw Inside and Why I left by Ed Husain (2007)); questions about whether there ought to be limits to religious accommodation by secular states and what these might be; and finally, questions about the sources of Islamophobia and how to address it. This book assumes that “objective” information (p. 3) can help lay to rest the virulent attacks on Muslims that have focused on women wearing veils. But can it? I’m not sure it is enough. What books like this one can do is provide those of us hoping to counter Islamophobia with more and better information. Islam and the Veil, despite lots of repetition and the unevenness of its essays, is a welcome addition to that effort. 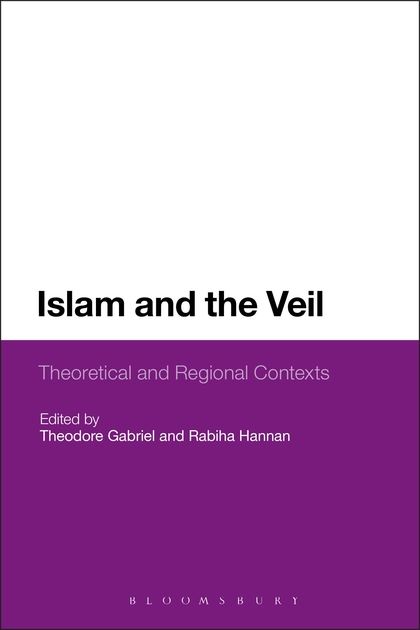 Islamophobia in America: The Anatomy of Intolerance