Towards the end of Chapter 7 “Is there a space for European Muslims?” which is a concluding chapter of the volume, Spyros Sofos and Roza Tsagarousianou quote from E. P. Thompson’s The Making of the English Working Class (1963)

Towards the end of Chapter 7 “Is there a space for European Muslims?” which is a concluding chapter of the volume, Spyros Sofos and Roza Tsagarousianou quote from E. P. Thompson’s The Making of the English Working Class (1963):

“… class itself is not a thing, it is a happening” (p. 167). After an extensive literature review and after speaking to 735 interviewees from Belgium, France, Germany, the Netherlands, and the UK in search for the answer to the question “what does it mean to be a European Muslim today?” Sofos and Tsagarousianou have settled with what can be seen as a classical sociological insight: European Muslims do exist but there is no overarching identity to define them; they are a happening. European Muslims are those who are engaged with a variety of collective action driven by a realization that they share concerns with “people like them,” be it Palestinians under Israeli occupation, scholars who are in search of the truth of Islam’s teaching, the French school girls whose choice of attire have turned them into a political battle ground or “brothers” in the neighborhood who would stand by them in times of danger. ‘… the European Muslim identity, still a project in progress, can be seen as a process of imagining a community, a geographically and culturally dispersed set of political coordinates held together by a shared collection of narratives, identities and symbols”(p. 168).

This is a fascinating volume, which resolutely resists the lure of ‘essentialisation.’ Because of this, the reader might feel from time to time frustrated to be repeatedly told that European Muslims are diverse and that the terrain they act constantly shifts and changes its contour. Still, by paying close attention to what the interviewees tell them, Sofos and Tsagarousianou carefully delineate an overall outline of commonality found among them. One of the major contextual factors is the historical construction of Islam as “The Other of Europe.” Another factor is a generally suspicious, if not downright hostile, tone of public discourse on Muslim migrants in Europe in the twentieth century. Interacting with this particular environment, Muslims in Europe have come to share particular perceptions of being marginalized in European societies. Sofos and Tsagarousianou detect an emergence of injustice framed as a common theme in self-representations of their informants: “… Muslims in Europe have been constructing representations of themselves as victims of processes of systematic marginalisation and discrimination” (p. 160). According to the authors, the ‘injustice frames’ evoked frequently by their informants do not turn them into helpless and passive victims (although this possibility is not denied) but they are a means of developing a sense of connectedness to Muslims beyond Europe. Further, they are also seen as a tool to construct a community that is not restricted by conventional geographical limitations. In this manner, Sofos and Tsagarousianou’s interviewees are engaged with “imagining” on a much larger scale than described in Benedict Anderson’s Imagined Communities (1983), which could mean an exercise of agency in constructing their community at a scale that has hardly been observed.

What comes through from the volume is the authors’ deep empathy with their interviewees. Sofos and Tsagarousianou focus on what these people tell them, not on what they want to hear from them. In regards to the emergence of ‘injustice frames,’ a variety of voices are analyzed and some of them are rather uncritical in their sense of victimization. These voices, which could be discarded as inconsequential rants, are placed in a particular context, so as to investigate where this sense of victimization originates in a non-judgmental manner. The issue of violence is not avoided in the course of the investigation. The stance taken is not to pinpoint what has gone wrong with those who are somehow sympathetic to jihadist messages but to figure out what precisely in the jihadist messages appeals to those individuals. Again, what comes from this examination is the authors’ desire to learn what the interviewees make sense of the world. In this sense, this is exemplary interpretive sociology with heightened awareness of the entrenched nature of Orientalism.

The volume dose not only identify an emerging commonality, a process through which European Muslim identities are being formed; it also reports on a variety of challenges and contestations Muslims in Europe are mounting. Young Muslims challenge the “residual” version of Islam their parents and grandparents practice and try to impose on them; Muslim lifestyle magazines have emerged and are now dispensing advice on fashion, love, and marriage in a very different way from the conventional route. The Internet has provided a new public space where Muslims can try to negotiate their desire of what Islam should represent to them; they can discuss dating, women’s position in society and in the household, being gay and so on. Those who participate in these discussions are actively constructing what it means to be a European Muslim in a variety of spheres of life. Here, the development of technology contributes to a more assertive exercise of agency and to the construction of a new type of community – just as it is observed among non-Muslims, another sign that they are as European as their non-Muslim neighbors. 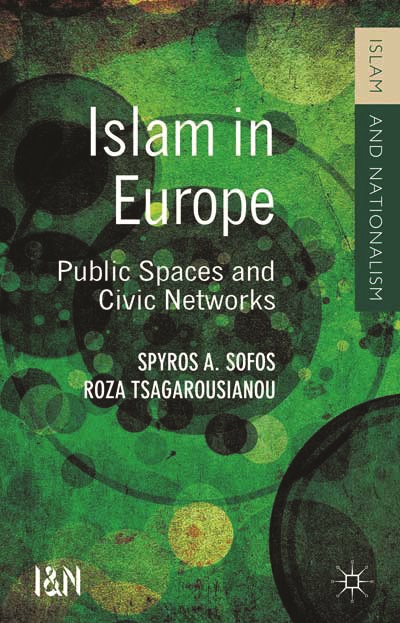 How Do Muslims Respond to Far Right Political Mobilization in Their European State?