The book is an attempt to add a new and fresh perspective to the existing literature. Its diverse, multi-language references will open many paths for further research on this topic. Despite its shortcomings, this book is a must-have for anyone interested in Japanese-Muslim relations.

Japan’s relations with the Muslim world can be traced back to the late 19th century. The Ottoman Empire was the first among Muslim-majority states to send a diplomatic mission to Japan–the Ertuğrul Frigate. Yet the event resulted in a tragedy that would serve as a catalyst in the development of Japanese-Muslim relations. Another important event was the Russo-Japanese War of 1904-1905. In this war, Japan obtained an overwhelming victory against the Russian Empire. It was the first time an Asian nation had defeated an imperial power. Muslim societies all over Asia, especially those living under Russian rule, were very satisfied with Japan’s victory.1 There was no significant dialogue between Japan and the Muslim world before the war. Unlike Christianity, Islam had never gotten a chance to reach Japan’s borders. Nevertheless, downtrodden Muslim societies were pleased with Japan’s victory.

The main point Bryan Barber’s Japan’s Relations with Muslim Asia is built upon is that Japan securitizes Islam in a way that is very different from practices in the West, Russia, or China (pp. 5-8). Barber’s argument that Japan takes a different approach to Muslim Asia is mainly based on two important speeches: Foreign Minister Aso Taro’s 2006 ‘Arc of Freedom and Prosperity’ speech and Prime Minister Abe Shinzo’s 2016 speech on Asian democracy (pp. 2, 156). While these speeches reflect a very important aspect of Japan’s diplomatic strategy, it is not clear whether they are viable for Muslim Asia or not. Also, it must be stated that Barber uses the term ‘Muslim Asia’ mainly to cover most of the Middle East region plus Turkey and part of Southeast Asia (pp. 4-5, 7). As expected, Japan’s engagement with Middle Eastern states is the most mentioned part of Japanese-Muslim relations.

Barber argues that Japan’s securitization of Islam is mostly based on identity and value-based politics. But it is not clear how Japan securitizes Islam is different from the practices of other actors around the world. Barber argues that because of the milieu that links the Islamic world to the language of threats, it is very hard to engage in normative conversations about Islam as a religion and Muslims as people without thinking about securitization (p. 6). However, this finding may not explain how Japan securitizes Islam well. Barber explores how Japan securitizes Islam despite its distance and differing religio-cultural practices (pp. 19-20). To achieve this, Barber selects his cases among the Muslim-majority states in Asia, which are mainly located in the Middle East and Southeast Asia. His findings mostly rely on data sources, such as statements from political leaders, think tanks in Japan, and leading Japanese scholars of Islam. For instance, the oil crisis and the Iranian Revolution, discussed in Chapter 3, serve the author’s claim well (pp. 63, 66-76). But these cases also can be evaluated as a resource-scarce state’s multi-directional diplomacy,2 rather than a value-based or Islam-related approach. In Chapter 7, Barber addresses sanctions and interventions, claiming that Japan’s position on economic sanctions and armed interventions in Muslim Asian states is related to its values-based diplomacy and securitization of Islam (pp. 210-211). But Barber notes, Japan’s political engagement with Muslim-majority states, especially those located in the Middle East, is mainly driven by its alliance with the U.S. (pp. 186-187). In these cases, Japan’s diplomatic or political strategy toward Muslim Asia does not seem to be highly connected to its own conceptualization of Islam.

All in all, Japan’s Relations with Muslim Asia examines what Muslim Asia means to Japan in a comprehensive way. The relevant literature that focuses on Japan’s relations with the Muslim world generally tends to be limited to a historical perspective. Although it has quite interesting origins, this relationship has not attracted deserved scholarly attention from IR scholars. In this sense, Barber’s book, based on his doctorate dissertation, is a well-designed study that focuses on this issue across multiple dimensions. The book contains eight chapters in total. Barber focuses on Japan’s relations with Muslim states in Asia in terms of identity and values, energy, markets, aid and development, human rights and democracy, interventions, and sanctions. The first two chapters mainly focus on how Japan conceptualizes Islam. In subsequent chapters, Barber examines different aspects of Japan’s engagement with Muslim Asia. As he argues in the first chapter, Japan’s conceptualization of identity, self, and other is a natural consequence of its geographical position. However, Japan’s conceptualization of Islam has been filtered by other actors (p. 8), but with notable exceptions like the oil crisis of 1973, the 1979 Iranian Revolution, and early interactions in the late 19th century.

To conclude, although Barber’s Japan’s Relation with Muslim Asia touches on important points in Japan’s strategies toward Muslim-majority states in different dimensions, its ‘unique’ approach to the securitization of Islam may not be clear. The book is an attempt to add a new and fresh perspective to the existing literature. Its diverse, multi-language references will open many paths for further research on this topic. Despite its shortcomings, this book is a must-have for anyone interested in Japanese-Muslim relations. 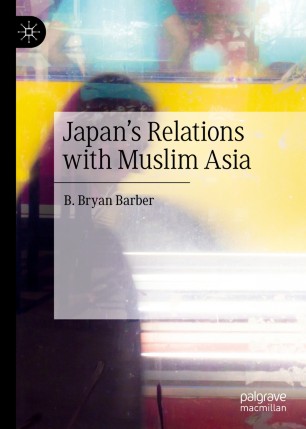