Doğan Gürpınar’s most recent contribution to Late Ottoman History places the formation of modern Turkish nationalism not in any externally imposed ideology diametrically opposed to all that the Ottoman identity stood for, but rather he finds it emanating from the reformist trends within the Ottoman diplomatic service.

Doğan Gürpınar’s most recent contribution to Late Ottoman History places the formation of modern Turkish nationalism not in any externally imposed ideology diametrically opposed to all that the Ottoman identity stood for, but rather he finds it emanating from the reformist trends within the Ottoman diplomatic service. Gürpınar situates his study within the new paradigm generated by the work of a generation of historians, “beginning with the avant-guarde study by Rifa’at Abou-El-Haj… such as Linda Darling, Ariel Salzmann, Butrus Abu-Manneh, and Beshara Doumani” (p. 3). Starting in the 1990s, this paradigm identified the early modern period of the Ottoman Empire as a time of dynamism and complexity, challenging earlier historians who gave a reductionist description of the period as one of total decline and degeneration. Continuing along these lines, the current work under review along with Gürpınar’s other recent publication, Ottoman/Turkish Visions of the Nation, 1860-1950, trace the continuities between the early modern period and the late 19th to early 20th century.

The book is divided into seven chapters with an introduction and conclusion. The first three chapters –“Nationalism and the ancient regime: politics of the Tanzimat,” “Primacy of international politics: diplomacy and appropriation of the ‘new knowledge,’” and “A social portrait of the diplomatic service”– examine the institution of the Ottoman diplomatic service in the shadow of the Tanzimat era of the mid-1800s, providing insight into the social status of those involved in international diplomacy and their consideration of the skill of international relations as another of the many types of “new knowledge” that Ottoman reformers were looking to attain. Throughout the following two chapters –“The routine of the diplomatic service and its encounters abroad,” and “The mentalities and dispositions of the diplomatic service: the great transformation”– the author traces intellectual developments from the Tanzimat generation to the generation of the Young Ottomans in the First Constitutional Era, the Hamidian reforms, to the time of the Young Turks and Unionists of the Second Constitutional Era and the rise of the Turkish Republic. He does so, all through the lens of the bureaucrats of the Ottoman Foreign Ministry. In the final two chapters –“The European patterns and the Ottoman Foreign Office,” and “Passages of the diplomatic service from the Empire to the Republic”– Gürpınar argues that the roots of Turkish nationalist identity are to be found within the sociocultural and intellectual exchanges taking place among Ottoman diplomats and their European counterparts, and that many aspects of the conceptualization of Ottoman identity that were being developed in the transformative period of the Tanzimat/Hamidian regime were then transferred over into the conception of Turkish national identity.

Gürpınar’s argument is explicitly based on the idea of continuity between the Ottoman Ministry of Foreign Affairs of the late 1800s and the formulation of Turkish nationalist values of the early 1900s. The author’s use of Bourdieusian sociological theory is particularly noteworthy in helping to explain the social and cultural habits, tastes, and education that united elites within the Foreign Ministry throughout the Hamidian and post-Hamidian eras. Gürpınar’s study is commendable for its structuring of the time period under consideration according to the historical category of the generation. The author emphasizes the importance of the generation as a social and political category for the study of the modern period “in which time accelerates and the sharp discrepancies between fathers and sons become insurmountable” (p. 210). The Tanzimat period is divided into three generations spearheaded by men like the diplomat Mustafa Reşid Pasha and the scholar, statesman, and head of the Mecelle commission for the first civil codification of Islamic law, Ahmed Cevdet Pasha, and culminating with hyper-nationalists like the diplomat Reşid Safvet. The political, military, and educational reforms initiated by the Tanzimat and Hamidian generations help give birth to a new generation of educated elites, whom Gürpınar refers to as the Unionist generation that would be open to ideas of nationalism and secularity that were influencing younger generations throughout Europe at that time. This would be followed by a post-World War I Kemalist isolationism that was not merely a response to concessions resulting from the war, but was a product of a longer series of humiliating concessions and setbacks starting at the end of the Russo-Turkish War in the 1870s.

Some critical comments can be offered regarding statements made by the author like his assertion that in the Hamidian era “for the first time, the minds of the general public were a matter of concern” (p. 147). While it is in the 1860s that the notion of public opinion, “efkar-ı umumiye,” dominates the Ottoman political landscape, it should not be assumed that the notion did not exist in earlier periods of history albeit in latent form. These kinds of glaring generalizations have the potential to lend credence to the reductionist depiction of the oriental despot that works like Linda Darling’s 2012 A History of Social Justice and Political Power in the Middle East: The Circle of Justice From Mesopotamia to Globalization have done much to complicate. It is also important, when subverting old paradigms based on false binaries like that of complete rupture between the late Ottoman Empire and the Early Turkish Republic, to ensure that one does not commit the equally egregious error of ignoring the many discontinuities that mark this transformative period. Political intrigue and war followed by foreign occupation of a capital city might certainly have altered an otherwise organic transition to modern forms of administration.

Gürpınar’s study is valuable for the reader interested in the relations between nationalism, the modern state, and secularity outside of the western European context and not framed in terms that equate modernization with westernization. The links that Gürpınar is able to identify between the aristocratic ethics of the early Ottoman diplomats of the 1860s to the concept of modern professionalization that would come to dominate late Ottoman/early modern Turkish bureaucracy are particularly insightful and the author’s explanation of the effects of political factors upon the Turkish elite in terms of generations, such as those of the Tanzimat and Young Turk generations, shines a light on how the latter generation and its world outlook could have originated from the former. A few typos here and there, like the misspelling of the word ‘foreign’ as ‘foreigh’ on page 241, do not take away from the overall benefit to be gained from this analysis. 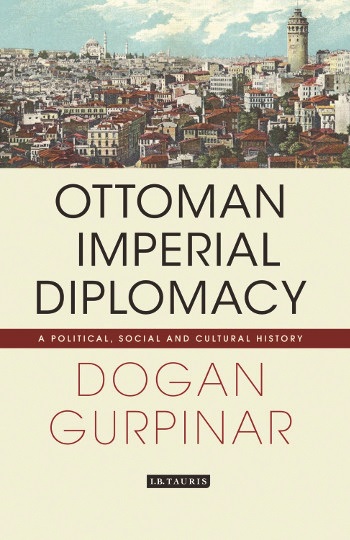